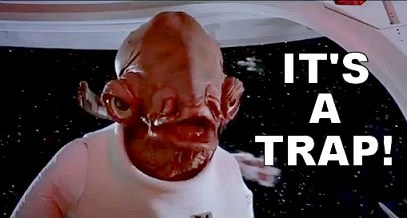 Verse 13 would seem to indicate that this is a new episode, presumably separate from the previous (Parable of the Tenants). If, in 12:1-12, Jesus was teaching the crowd, here He is back to dealing with the authorities directly. They have come to Him, and not with good intentions. It’s a trap! The hypocrisy in v. 14 is almost unbearable. They try to butter Him up, by claiming to believe He’s a great teacher sent from God. But Jesus sees right through their ruse (see v. 15). Their question (albiet insincere) is a fair one, though in truth they couldn’t care less about His answer (they simply want to destroy Him because He is a threat to their power):

Pushy little suckers, aren’t they! But Jesus sees right through their little test (v. 15). He is far to wise to fall into their trap. He doesn’t just answer their question brilliantly, He uses a little visual illustration. Imagine the drama, the tension in the air, as everyone there is waiting for somebody to find a denarius and bring it to Jesus so they can all hear His answer. Dramatic pause, the suspense is building…. 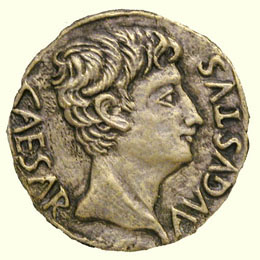 “Who’s likeness and inscription is this?”

Bottom Line: It’s OK to pay taxes – governments have a right and authority to do that. But as follower’s of Jesus we ultimately owe our complete and total allegiance to God (my paraphrase, taken from William Lane, NICNT, p. 425). We must be committed to seeing His will accomplished here on earth even as it is in heaven. And that, my friends, is the in-breaking of the Kingdom of God into the world of men (humanity)! Even Jesus’ enemies are blown away by the authority of His word in the answer He has given.

Being His disciple means being sold out, all-in, on His vision of the Kingdom, even one which goes against our most basic instincts of human nature for self-preservation at all costs. Following Jesus has never been easy, but where else can we go – He has the words of life!