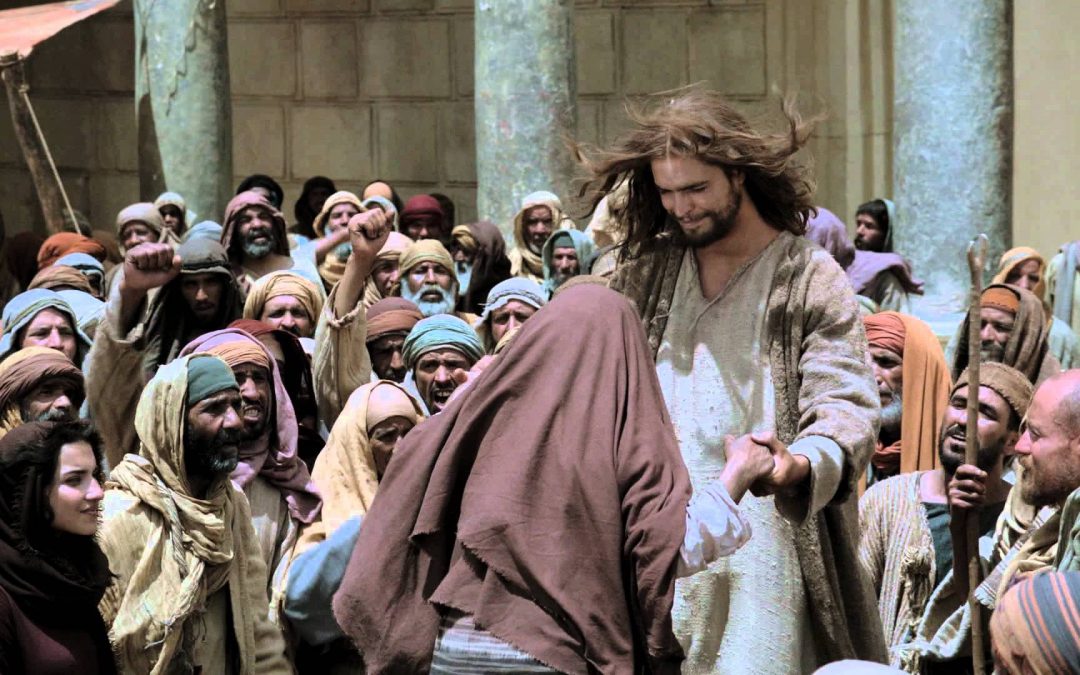 Well, we’ve finally made it. Our scene opens with Jesus approaching Jerusalem at the Mount of Olives (v.1). He sends two of His disciples ahead into Bethphage with some interesting instructions: Grab a colt off the street, and if anyone says anything to you, tell them “the Lord needs it” (v. 3, NIV). The disciples experience upon entering the village matches Jesus prediction precisely (v. 4-6). See the commentaries (NICNT, NTC) on whether this was prearranged or came to Jesus through some 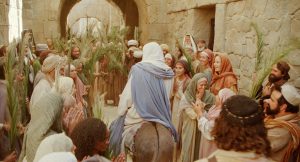 supernatural perception. Perhaps what is more significant here is the allusion not only to Psalm 118:25-26 (cf. Mark 11:10) but also Jacob’s Blessing of Judah (especially Gen. 49:10-11). Let there be no doubt, Jesus is about to enter Jerusalem as the Messianic King! In the mind of the crowd (v. 8-9), surely many are hopeful of a political-military deliverance from Roman oppression here. But let’s keep in mind that prior to Jesus, there was no connection in Jewish thought between two critically important figures in the Tanakh (what we Christians call the “Old Testament”) – the Messiah and the Suffering Servant (of Isaiah) (cf. William Hendriksen, NTC (Vol. 2), p. 438.

The crowd seems to disappear in v. 11. Jesus enters the city, goes to the Temple, and surveys it. 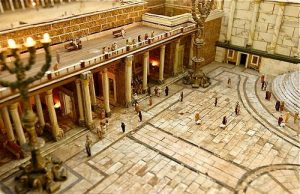 It is now late on Sunday evening as Jesus considers His actions the following day standing in the midst of Judaism’s most holy site.

Jesus and the twelve return to Bethany for the night.

This pericope seems to end with a whisper rather than a shout of triumph. But Lane (p. 398) sees this ending as “the quiet before the storm!” Jesus has a big day ahead of Him tomorrow – the beginning of the week of the biggest festival is Judaism – the Passover, culminating in the Feast of Unleavened Bread.

Jesus enters the holy city as Messianic King. He is the expected King from the tribe of Judah, descended from David. But He will not deliver the nation of Israel from the power of the political Kingdom of Rome by the power of the sword, as we might have expected a Messiah in the tradition of a Davidic King to do. But He will surely deliver them from the oppressive power of sin (cf. Zech. 13:1). He is both Lord (or King) and Savior (the suffering servant).

This is our King. This is the one we follow! It is packaged deal. We err when we try to separate our obedience to Him as Lord from His saving work which restores us to right relationship with the Father. Nor can we ignore His example of suffering as we exalt Him as victorious King. As usual, the truth is found in the radical middle!