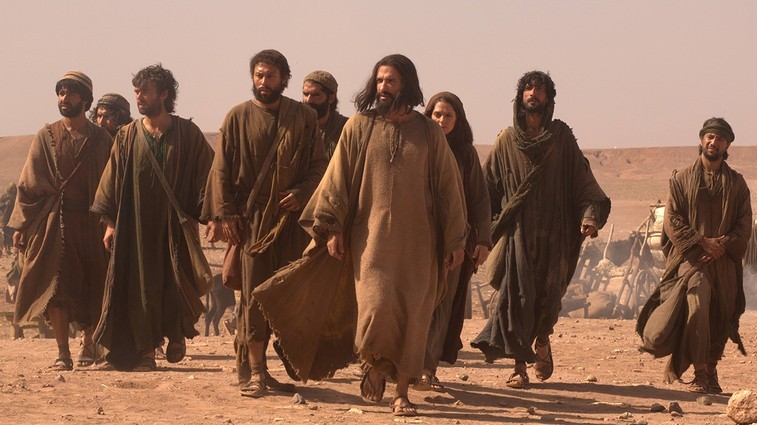 Mark 10:32-34  Jesus tells His disciples of His impending death a third time

…Congratulations Peter. Indeed, you all have left everything to follow Me (v. 28)! And here’s what lies ahead:

They were on their way to Jerusalem (v. 32). Jesus leads the way. At least some of them are afraid. This is Jesus’ third and final prediction of His death by the hands of their Gentile occupiers (following His rejection by their own religious authorities). He specifically takes the twelve aside and explains what is about to happen (v. 33). In each of the three predictions, the resurrection is mentioned specifically (cf. 8:31, 9:31). But first they will mock Him, spit on him, beat Him and kill Him (v. 34).

This can’t have made sense to the disciples. How could their Messianic deliver be handed over to the Romans to be humiliated like this? This doesn’t sound very victorious to me? But Jesus doesn’t conquer this way. He doesn’t overcome by the power of the sword as the governments of this world always do.

Are you listening followers of Jesus? Should we therefore use force or align ourselves with political power in order to bring about God’s will on earth (i.e. His ‘kingdom come, on earth it is in heaven’)? Or should we rather follow the example of our Lord? If Jesus is Kurios, Caesar is not!

Jesus becomes Lord through His suffering and death. He overcomes the world and sin by 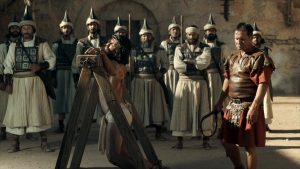 self-sacrifice, and self-denial, humbling Himself and submitting to His own death at the hands of an ungodly government and culture. But, let there be no doubt. He will surely be vindicated (Sunday’s comin’). He is confident in His Father’s love and justice. How else could He submit to the religious hypocrites of the Sanhedrin, the heathen Soldier’s scourging and the Roman Executioner’s cross, hammer and nails?

To go to heaven, fully to enjoy God, is infinitely better than the most pleasant accommodations here.