Harmonizing With The Melody 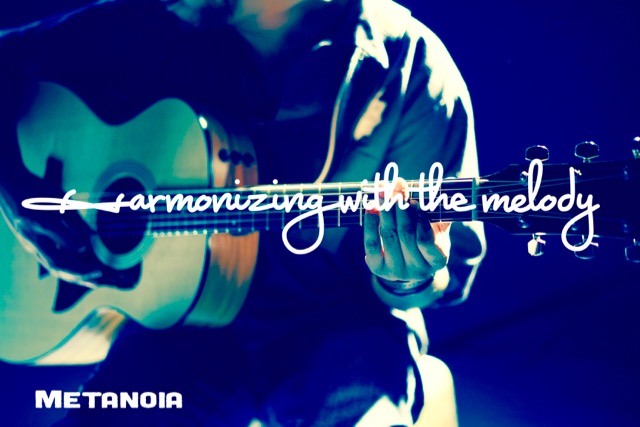 “I appeal to you, dear brothers and sisters, by the authority of our Lord Jesus Christ, to live in harmony with each other. Let there be no divisions in the church. Rather, be of one mind, united in thought and purpose. For some members of Chloe’s household have told me about your quarrels, my dear brothers and sisters. Some of you are saying, “I am a follower of Paul.” Others are saying, “I follow Apollos,” or “I follow Peter,” or “I follow only Christ.” Has Christ been divided into factions? Was I, Paul, crucified for you? Were any of you baptized in the name of Paul? Of course not! I thank God that I did not baptize any of you except Crispus and Gaius, for now no one can say they were baptized in my name. (Oh yes, I also baptized the household of Stephanas, but I don’t remember baptizing anyone else.) For Christ didn’t send me to baptize, but to preach the Good News—and not with clever speech, for fear that the cross of Christ would lose its power.” (1 Corinthians 1:10–17, NLT)

Have you ever heard the word “Sectarianism”? It is often used today on the news when describing violence in the middle east. Presbyterians in England during the mid 1600s made this word popular by applying it to those unruly free independant church radicals among them that became desired the separation of church and state. Presbyterians however wanted a uniform national system of church government. Sectarianism became synonymous with the rouge non conformist.
America was really seeded by this nonconformist idea of religious freedom and separation of church and state. America by its very DNA is “Sectarian” because it sought not only national independence and religious liberty but also an individual liberty for its citizens. This independant spirit is powerful and amazing and I love it. I wish we could value it a little more when we see it in other countries. When sectarianISM rears its head in church life it can take a very dark shape causing the oneness of the people of God to become fractured. As a pastor I have very little tolerance for it.
Sectarianism comes from the latin word secta which means something like “distinctive system of beliefs or observances; party or school within a religion”. We all have different views. People in large part see and understand many things differently and so when we come together as a church it is completely normal and actually a real blessing to have our differences. When we go farther though turning our differences into the main thing we turn secta into an “ism”. The “ism” is usually when we know we might have gotten a bit carried away. In 1 Corinthians 1:10-17 we find that the church the meets in Corinth (An ancient city) has divided themselves under specific teachers and teachings to the point that they are no longer of one mind.
The New Living Translation says “live in harmony with each other”. In other words let your differences complement the melody of a cross centered way of life rather than seek to create a new melody with our differences. Paul goes on to use himself as an example when he says,

“For Christ didn’t send me to baptize, but to preach the Good News—and not with clever speech, for fear that the cross of Christ would lose its power.”

Paul understood that in the context of this congregation that gathered in the city of Corinth the unifying, oneness making power of the cross could be lost if he wasn’t careful with his authority as a Church leader. He might make followers of himself. Those in our congregations that seek to maintain differences among us by becoming some kind of authority are committing the sin of sectarianism. Authority in the church should rest upon those seeking to become servants not know it alls. This doesn’t mean that church leaders shouldn’t know a lot or constantly seek wisdom. Cross centered Christian wisdom when shared well produces unity and humility among God’s people. The sin is not in having a difference of opinion. The sin is in an authoritative person in the church making or seeking to make followers of themselves in order to create some kind of ego feed. Some folks can even make it look as if they are the authority because they will say “I follow only Christ” when what they really mean is “i’m the only one following Christ”.
How do we avoid becoming a fractured church? Is it through uniformity? Can we avoid certain types of destructive divisions by brainwashing everyone to think exactly the same in the congregation? No. Paul makes it very clear. Leaders must be humble, Christ following servant leaders. We can build tremendous bridges toward one another and our differences if we will realize that one thing that levels the playing field among the people of God is the cross. Our definitions of God are not what has made one with Him. Better definitions of God do not bring us closer to Him. He has drawn close to us through his Son Jesus and has made the only way to the kingdom through the humble practice of taking up the cross daily.

God continue to make me a leader who follows you better than I teach you. I pray that what I have to say or share with your people might come from a desire to serve them and not from a heart that desires to be their “source” of all knowledge. Help me to be leader that serves and teaches from a heart of praise, worship, grace and gratitude. I pray that our congregation would sing in harmony allowing the cross and resurrection to be our one melodic line.

We need to be mindful today of how we use any authority that we might have among the people in our lives. Are we mining and taking from people or are we serving them in humility? If God is dealing with your heart right now regarding any participation you might be having with the sin of sectarianism in your local church take time to confess it. Actively turn from it by apologizing to those whom you have offended and enjoy the peace and grace of God that can only come through the way of the cross.