The Revelation of the Messiah (and what it really means to be His follower) – Follow Me, Part 32 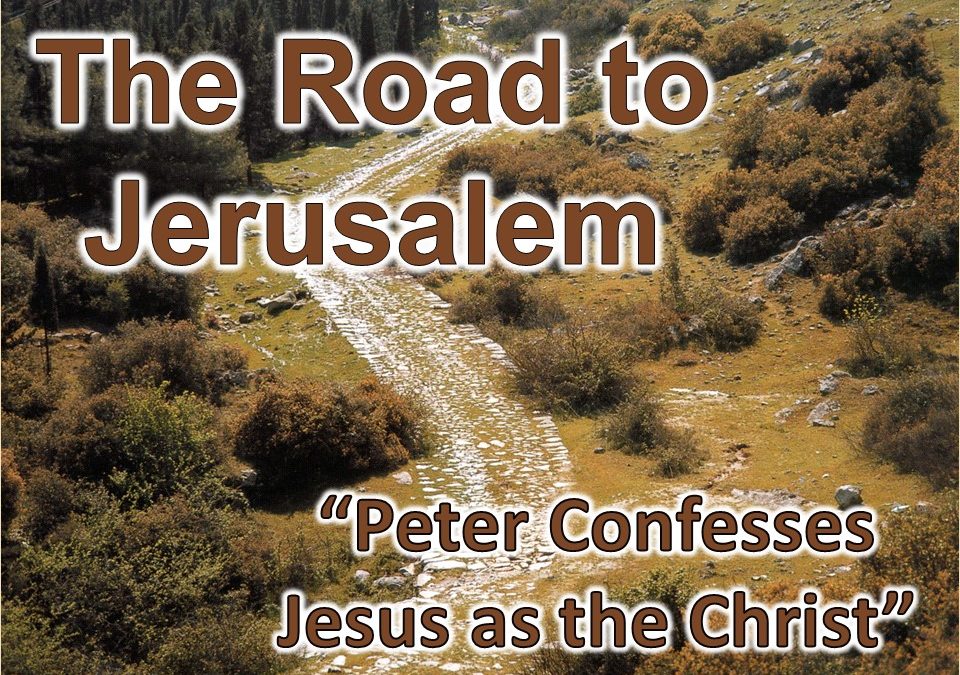 Mark 8:27-9:1  Jesus is revealed as Messiah and its not a pretty picture

Jesus and the disciples head north some 25 miles from Bethsaida to Cesaerea Philippi. We are about to find the answer to the key question in Mark’s gospel: Who is Jesus (Mark 4:41)? On the 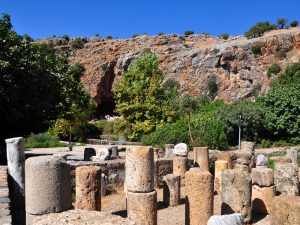 way, Jesus asks His followers first “who do people say that I am?” (v. 27). The popular opinion that Jesus is John the Baptist or one of the prophets is woefully inadequate. Jesus leads the conversation with His questions: “But who do you say that I am?” Peter answers for the disciples:

But Jesus self understanding of Himself as the anointed of the Lord did not align with “the royal figure of popular expectations” (to use William Lane’s words). So He instructs the disciples to tell no one (lest the popular misunderstandings of the role of Messiah be projected on Him), and He Himself must clarify what He means to His followers:

“The Son of Man must suffer many things and be rejected by the elders and the chief priests and the scribes and be killed” – Jesus (Mark 8:31)

Now let’s thinks about this from the Disciple’s perspective. The Zionists among them were thinking that the Messianic King from the line of David was going to overthrow their Roman oppressors by force! Others surely thought they were all going to be part of some great movement, the next great 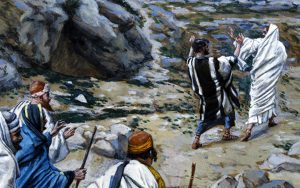 move of God! So what’s all this talk about suffering and dying? So Peter takes Jesus aside to straighten Him out, but instead gets rebuked himself by the Rabbi:

Clearly Peter’s understanding of Jesus’ mission as Messiah requires some re-calibration. It would seem that the kingdom of God that Jesus has spoken of so often is an upside down kingdom in light of everything that the human world and even religion can comprehend!

So what does it take to be a follower of this Messiah? How the scene transitions is unclear, but now Jesus addresses “the crowd” (v. 34). Though mysterious, it is helpful because it makes clear that these requirements for following Him apply to all believers, not just the twelve (again borrowing from Lane).

We are called to a life of self abandonment. We must find our life not in pursuit worldly fulfillment or even self-preservation, but in the mission of God (v. 35-36). What could be more counter-intuitive to our human minds? The revelation of who Jesus is as Messiah here in this passage forces each one of us into a position of having to make a choice. And the stakes couldn’t be higher (v. 38)!

But there’s more! We are about to see that the kingdom of God has come with power (9:1)…

Tune in next time when we’ll see Jesus revealed in an even more spectacular way to His three closest disciples.