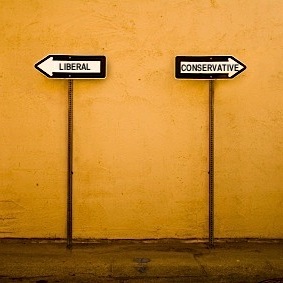 It really is a new, modern, and entirely progressive idea to consider the Christian label “conservative” as a word having anything to do with the practical, moral, or political distillations of a person’s theology. There has been a ton of ink spilled on the relationship between orthodoxy and orthopraxy etc.

Some groups among Evangelicals, Baptist and some mainstream Anabaptists have a tendency to avoid reading outside of their own contemporary or denominational sphere. This separation results in a lack of awareness of how liberal or heretical, in a historical sense, they may be now or in the next ten years for example.

I will be brief when I say that “conservative” has only recently come to be tied to subjective issues like Christian practice, ethical process and morality. I do not want to make these issues of practical theology minor by any stretch or the imagination. I simply desire to draw a line of distinction between what we believe to be true and how we embody or put skin on that truth so that we might be a bit more careful when using the potentially divisive label “Conservative Christian” or “Liberal Christian”. 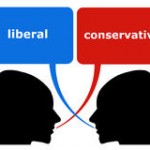 The ignorance of the historical meaning of “conservative” or orthodox theology is staggering to me. Karl Barth while surrounded by the product of hyper pragmatic German liberal theology propagated by philosophers like Friedrich Schleiermacher is still considered “liberal” in contemporary “conservative” American evangelical culture today but was considered super conservative by the very liberal contemporaries his Dogmatics were addressed to. I am encouraged to see this trend turning around among folks my age as of late.

What doesn’t help us today concerning liberal or conservative labeling is the odd but pervasive practice of “conservative” inductive Biblical exegesis done in a vacuum. This is Biblicism but it is not Biblical in a historical sense. Solo Scriptura or the philosophy that “all I need is the Bible” (insert banjo music played by a rocking toothless boy) was once somewhat safe. It (solo scriptura) lived in a non-pluralistic culture taking for granted the influence that historical theology, Christian creeds, confessions etc had on the conclusions drawn from their leading exegetes. Just read Spurgeon’s amazing Christocentric eisegesis in his sermons. I’m always thinking to myself “How did he get to Jesus from that text? I often have no clue. But he is right-on about Jesus in an orthodox sense!” Folks have preached correct doctrine for years from the wrong passages and they have done so without many issues.

Today though the ignorance of the past is being seen in crazy practical theology that comes from lazy and isolated exegesis. Many “conservative” denominations are wrestling with crazy eccentric atonement and Trinitarian theologies because of a massive demand from itching ears for pragmatic moralist theology and a complete disregard for synthesis from the witness of Historical, Biblical, Systematic and Dogmatic Theological voices.

It seems like the perfect storm for unorthodox and quite frankly “liberal” theology is coming from very “biblical” camps that pride themselves in being “conservative” theologically. I have theologized with several southern Baptist pastors for example that are completely unaware that they are treading in some very unorthodox and dangerous theological water in a historical sense because they are thinking good exegesis involves a “pastoral commentary”, cross references and a Key Word Study Bible. What’s more, their congregations have been led to believe that if it’s in the Bible it’s “conservative”. Hey, as long as we are teaching morals, are against abortion and homosexual marriage we are conservative. Right? Recently I had a conversation with a friend about a Christmas devotional feel good book they were interested in by Glenn Beck. When I shared with them that Glenn is a devout Mormon they were shocked. Why? Because we as evangelicals for the most part are theologically emaciated from an addiction to pragmatic Christian devotional sweets filled with little or no spiritual meat. Glenn Beck’s theology denies God’s unity, Tri-Unity, and Christ’s deity. His theology redefines human depravity, Christ’s virgin birth, Christ’s humanity, the necessity of God’s grace, the necessity of faith and Christ’s atoning death. But it’s all good because he’s on Fox news, believes in small government, loves the founding fathers and he’s a nice guy so I’m sure his “warm and poignant tale of family, faith and forgiveness” is conservative in a Christian sense. Right?

Here are seventeen essential questions or conversations past, present and future that truly conservative and liberal (in the historical sense) Christian folks have always been preoccupied with.

I am personally okay with a plurality of discussion and theory here. The Christian household of faith is huge and though I didn’t believe this several years ago there are many conservative rooms. For example I am not Roman Catholic for a reasons based on my conclusions drawn from these seventeen points. I used to not be Roman Catholic because my teacher’s told me they were heretical and unbiblical Christians. But now as a “big tent” evangelical, reformed protestant (Historically speaking this is shorthand for “a reformed catholic”) I appreciate the evolution that has brought about my current theological identity. For me this is where the important labels of orthodox, unorthodox, heterodox, liberal and conservative should arise and be contained. In other words if I meet a person and have a discussion concerning homosexual marriage (for example) and the person said they were for homosexual marriage I would not toss the liberal or conservative label on them without beginning to understand their essential theology.

My purpose in writing this article is to foster discussion as well as express concerning about what we are saying when we say “liberal” or “conservative” in a theological sense. A person’s clothes, politics, and various social ethics don’t always faithfully represent their doctrine or theology.

Although believers by nature, are far from God, and children of wrath, even as others, yet it is amazing to think how nigh they are brought to him again by the blood of Jesus Christ.