The Media Needs to Start Using the Term Fundamentalist! 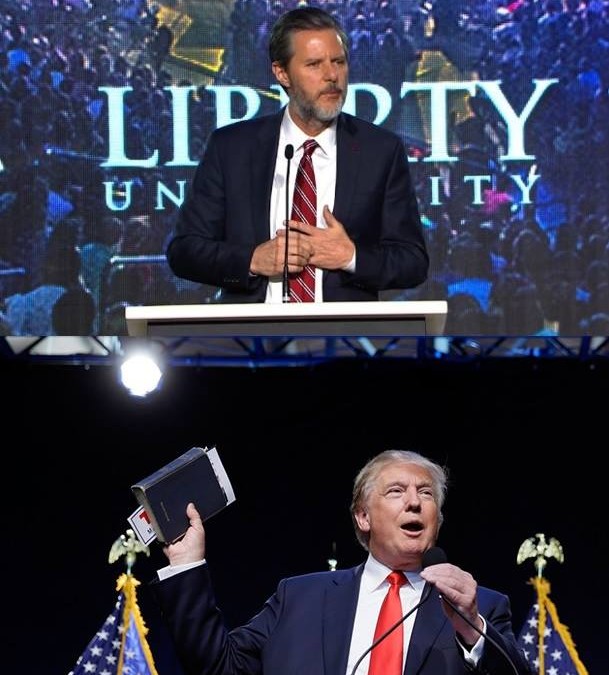 There has been a debate raging within Evangelicalism for some time time. Should we continue to self-identify as Evangelicals or has the term lost so much of its original meaning that we should abandon it and seek some new label for our movement. The issue stems from the fact that “Evangelical” has largely become associated with a particular political position: conservative, right-wing, and yes even Republican. Because we all know that capitalism, free-market economics, a strong Defense budget, cutting social programs, trickle-down/supply-side economics,and legislating traditional Judaeo-christian morality are clearly taught in scripture. Unfortunately, thanks in large part to the media, we (Evangelicals) are now viewed by those outside the church (and outside our movement) as a voting block – the Christian right or “Evangelical voters.” And thanks to folks like the late Jerry Falwell and his “Moral Majority,” the Pat Robertson’s of the world, Gary Bauer & the Family Research Council, and yes even our beloved Dr. Dobson and Focus on the Family, Evangelicals are now known more for what they are against (we are anti-abortion & anti-evolution) more than what we are for (strong on essentials of the historic Christian faith like: the Trinty, the fallen state of humankind, the authority of scripture, the bodily resurrection of Christ, salvation by grace alone, the necessity of repentance, the personal return of Christ, etc.) For to be Evangelical is to be all of this without necessarily espousing to many of the more negative trappings of Fundamentalism: anti-intellectualism, separatism, rigid legalism, loveless preoccupation with propositional truth, and radical Biblicism (bordering on Bibliolatry).

This political season has only served to accentuate the quandary that we find ourselves in as Evangelicals: to abandon the term or to attempt to redeem it. Some have begun to opt for the self-designation “follower of Jesus” which is not a bad way to go at all (and I’m somewhat sympathetic toward this option). But I digress… This article on CNN, RIP Religious Right and other Super Tuesday take-aways, (and others) really got me thinking about this issue of the media’s use of the term “Evangelical.” For one thing I’m not sure I want Jerry Falwell Jr. representing me as an Evangelical in the national news media. But mostly I am wondering why the media never uses the term Fundamentalist Christian to describe any person, candidate, group, or movement.

I’ll be honest with you: when I hear “Liberty University” I tend to think of a Fundamentalist Institution. When I saw Ted Cruz in the first Presidential debate I thought he came off a lot more like a Fundamentalist than an Evangelical?!? So yeah, I think that the media first of all needs to learn the difference between the term Evangelical and the word Fundamentalist. I think they need to do their homework, learn some history: read up on how J. Gresham Machen lead the breakaway from 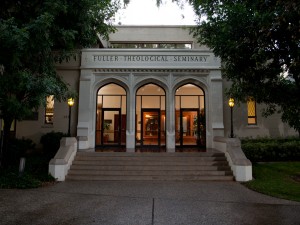 Princeton Seminary to found Westminster Seminary; they need to learn names like B.B. Warfield and R.A Torrey and the rise of the Bible Institute movement (Yes BIOLA is actually an acronym – Bible Institute of Los Angeles); and they certainly need to learn something about the founding of Fuller Theological Seminary in 1947 and what that means for the Evangelical movement today.

So yeah, I’d like to see the media start to use the term “Fundamentalist” a whole lot more. And I’d especially like to see them differentiate between Evangelicals and Fundamentalists where appropriate. If they’re going to use a term like Evangelical, they should know what it means, and that it’s core meaning cannot be expressed in political terms, positions or movements.

What do you think? Is the term Evangelical even worth redeeming, or should we just throw in the towel? How do you feel about the media’s generalizations about us as Evangelicals, and who they portray as representing us? Do you think it would be helpful for the media to differentiate between Fundamentalists, Evangelicals, and more mainline liberal theologically leaning Christians? Let me know in the comments below!