Is Skepticism a Gift of the Spirit? 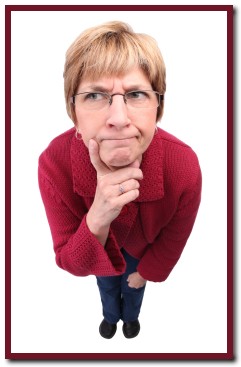 I recently shared a post from Pastor Mike Turrigiano about his friendship with Lonnie Frisbee – a controversial figure from the early days of the Vineyard movement (and Calvary Chapel for that matter). For those who don’t know the history, Lonnie was known to minister powerfully in the Spirit in those early days, most notably on Mother’s Day in 1980 when he spoke those now famous words “Come Holy Spirit” (just trust me, it’s the stuff of legends among us Vineyard-ites), and He did (you can hear John Wimber’s account of that day here)! But the controversy came later. As it turns out, Lonnie struggled with homosexuality for years and eventually died of AIDS. For those of you who are now salivating thinking that I am going to once and for all resolve the Lonnie (yeah, I know, he looks like Jesus) controversy once-and-for-all, well prepare to be disappointed – I’m not. 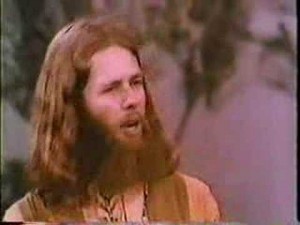 others) question. Can a person who struggles with serious sin or significant moral failure still move in the power of the Spirit, perhaps performing miracles, signs and wonders, or be used by God powerfully in some other way (say, for example mass evangelism)? Is that possible? Can God do that? Does it happen? Well I could offer up a couple Biblical examples: Samson was a Judge and great deliverer of Israel, but he had a real weakness (moral character flaw) when it came to women; and I could go on with the moral failures of King David, et al.

But first, a little more background. I shared Pastor Mike’s post about Lonnie and my friend Sean Clue commented “The stuff I heard about this notwithstanding his faults I love him, my wife thinks I am a glutton for supernatural kingdom stuff… Said to me Saturday night.” That really got me thinking. If Sean errs on the side of being a glutton for supernatural kingdom stuff, I probably err on the side of being a bit (or perhaps more) of a skeptic when it comes to things of the Spirit. Don’t get me wrong, I’m a Continuationist (here’s some recent thoughts on being a Continuationist from Think Theology’s own Robby McAlpine). When it comes to the gifts of the Spirit – I absolutely believe that they are alive and and well and available to the church today! I guess what I mean by skepticism is that I don’t necessarily assume that everything that is attributed to the work of the Holy Spirit necessarily is a genuine work of the third person of the Trinity (how did He get stuck in last place anyway?!?) The other side of the argument probably goes something like this: “Brad, that’s just lack of faith. You need to just believe. Ya know, trust God!”

My counter to that is of course: Really? Aren’t we called to discernment when it comes to things of the Spirit (1 John 4:1)? Should I really just assume that every manifestation that anyone attributes to the Spirit of God is truly genuine? How can we ever discern, if we are never allowed to ask the question: “Was that really of God?”

Is skepticism a gift of the Spirit?

Now I don’t really mean that literally, but yeah… Don’t we have to doubt first before we can ever get to discernment? Is asking hard questions a good thing? Are irritating people like me (doubters, skeptics) actually perhaps a gift to the body (I’m just askin’)? Greg Boyd has a great sermon on why intellectual certainty is not the same thing as true Biblical faith, and how doubt may not be a vice at all. You can watch it here.

So what do you think? Is there a place for doubt when it comes signs and wonders? Are skeptics like me just immature, lacking faith? Is the child-like faith that Jesus exhorted us to have the same thing as asking no questions? Or is the truth found, as usual, somewhere in the radical middle? Let me know what you think in the comments below.