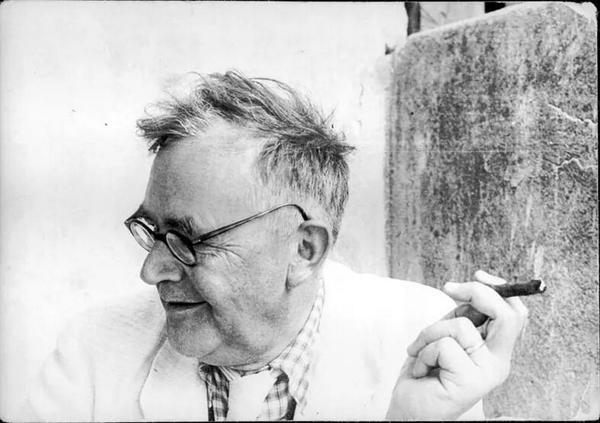 One of my favorite things by Karl Barth was his lecture that he gave in Tambach. It’s called “The Christian in Society,” but it is also known simply as the Tambach lecture. This was one of Barth’s most well-known lectures that he gave, and it shows his transition to a dogmatic thinker. For those that don’t know a lot about Barth, he was a highly influential Swiss theologian in the 20th Century. He lived during two wars, and it was the first that really changed his mind about human’s abilities to build the Kingdom of God. When many of his theological heroes (and professors) signed the Manifesto of the Ninety-Three, he underwent a massive transition from process eschatology (where the Kingdom is being unfolded and humans are invited to help build it) to a consistent one (where the Kingdom of God is an actualized event with Jesus’ resurrection). I don’t completely agree with his eschatology, but it is definitely true especially in our current day where many Christians are looking towards political people to bring about the Kingdom of God or to re-establish American greatness or whatever you’d like to call it. Definitely check out the book that I’ve listed at the bottom that has a collection of Barth’s writings before Church Dogmatics.

As the war ended in November 1918, chaos and deep political uncertainty plagued central Europe. Revolutions were happening all over, and the Swiss socialist movement looked to capitalize upon the instability. The Christian Socialists were zealous to bring about God’s Kingdom on earth. They were hard workers, and they were highly active in the political realm. These Swiss Religious Socialists were planning to meet to legitimize their efforts in Tambach, and they wrote Karl Barth (Comrade Pastor) to speak at their conference. People were eager to hear how this scholar, who they felt was on their side, would give religious legitimacy to their social causes. It was this lecture that helped to make Barth well known in Germany, giving him a platform to speak, and later helping to establish him as a formidable theologian in his own rite.

“The Christian in Society” was the title given to Barth by the planners of the conference, and he uses antithesis to disarm the title, and the conference, altogether. Barth first emphasizes that there is only one Christian and not Christians. That is to say that it is not the collected body of believers, but the Christ. The emphasis is on Jesus’ prerogative and not human’s.

The Christian in society is not any person because God will not be used for human purposes, so any attempt at hyphenating something like Christian-socialist is a short cut to failure. Adding these adjectives betray Christ’s distinctiveness and power. Barth says that placing such an adjective such as Christian upon socialism is like patching old clothing with cloth that is cut loose from clothing. The attempt to bring society to Christ has been no more successful than the human attempt to bring Christ to society because God will either be everything or nothing.

Instead of trying to commandeer God into human activities, Barth tells his listeners to step back to a “standpoint.” The hope rests in the fact that God is sovereign; God is the solution to their problems, and God initiates out of God’s freedom to be our God.

It is like an artist trying to paint the bird in flight. It’s impossible to really capture this moment, but the artist still tries to do so anyways. Christians are trying to talk about this Christ-event in the same way, but it is so hard to do so because Christ is the unconditionally new thing from above.

Here, Barth does not look at the life and teaching of Jesus, but he looks intently at the resurrection and what it means. In Christ’s resurrection, humanity can see both God as creator of the world and its redeemer. God works differently than ideologies because God is God. He’s not going to act the way that we want him to. The resurrection is a completely new and revolutionary thing.

The Jesus-event is the revolution. We are not.

The resurrection is our hermeneutics for understanding God’s dealing with this world. He’ll do it. He’ll bring it about. He’ll establish his rule and reign on this earth.

And we shouldn’t try.

We are invited to participate in the Kingdom, but we will not the ones to bring it about. God’s movements are from above. This would definitely dismantle the Christian Socialist Party’s understanding of the Kingdom, and it still is true today. A Republican or Democrat (or even an Independent) are not going to bring about God’s Kingdom here on earth. That’s not their job. That’s way above their pay grade. And we shouldn’t expect that any party or person can do that. Donald Trump is not going to save America. Bernie Sanders is not going to start a revolution. Only God can bring about his kingdom.

A man can no more diminish God’s glory by refusing to worship Him than a lunatic can put out the sun by scribbling the word, ‘darkness’ on the walls of his cell.