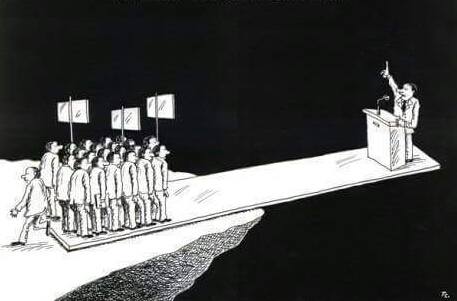 “What’s Down In The Well Comes Up In The Bucket!” my friend Kenny Burchard likes to say. If this is true Trump is an indication of the very heart of American evangelicalism.

To me “The Donald” is a noisome pestilence.  I’m frustrated because I know that much of his support comes from fellow theologically like-minded evangelicals. Every presidential election I am reminded how much different I am or perhaps how much I have grown based on my own inner dialogue while watching the presidential debates. This year has been a tough one. This whole Donald Trump anomaly is beginning to reveal the secret heart of much of evangelicalism 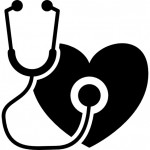 Ethnocentrism is a big word I know. It’s not an easy word to say or understand like abortion. But allow me to introduce it to you.

As evangelicals we are a people that historian David Bebbington correctly says are marked by four major distinctions conversionism, biblicism, crucicentrism, and activism. Our social activism as evangelicals seems to be focused on a hunt for political messianic figures according to an article i read by Steve Mitchell entitled “Why Evangelicals Support Trump”.

I want to isolate the activism distinction here for this article. Activism relates to how we are to be the hands and feet of Jesus to our world in light of the Gospel.  How do we arrive at Donald Trump as an evangelical expression of Gospel centered activism? I understand that roughly 37% of evangelical republican voters are voting for Trump? Surely Karl Barth the the intellectual leader of the German Confessing Church, asked this of his fellow Christians as they began to support the Third Reich. The German Confessing Church resisted the Third Reich through good old fashioned activism centered on the person and work of Jesus. Barth’s Christocentric theology was his way of being an activist among his people as he watched them slowly adopt Hitler as their new Messiah. You can see his desire for theology to be centered on Jesus and nothing else here in this quote…

“In identifying with divinity a humanly conceived idea, one, that is, already belonging to man prior to, or even apart from, any revelation, it may set store by the man Jesus, but it may also do without Him. It may strip Him of His mantle of divinity, just as it cast it over Him”

There is no better theologian fit to speak to the heart of American evangelicalism today than Karl Barth. Our love for Trump is proof of that.  Trump embodies our “humanly conceived idea” of a national messianic leader with his power and boldness. He appeals to our soulish anger and the old creation seeded within the heart of every person just waiting for the right environment to germinate. It seems we are on a quest for another messiah and our only qualifications are strong and bold.

Perhaps we have “set store by the man Jesus” in such a way that we can also stay in business through someone else? In our covering of folks like Trump with the evangelical mantle we are actually stripping it off of Jesus.

We are playing the political game as activists for sure but in a way foreign to the coming kingdom of Jesus. Christ is “all” but he doesn’t belong in our voting (Galatians 3:28, Colossians 3:11)?

The coming kingdom will not be built upon race or ethnic distinctions according to Ephesians 2:14.

As evangelicals our activism is coming from a well of nationalistic, moralistic and discriminatory deism rather than Gospel saturated Christocentric compassion (John 13:34).

From my theological perspective I see that God is the only community that could actually be justified in its ethnocentrism but the community of God chose to express compassion toward us in Christ over and above what is right and wrong. God’s ultimate expression to the nations is the hope of his compassionate inclusion into his coming Kingdom through believing in the incarnation, ministry, death, resurrection and imminent return of Jesus.

The kingdom image I see being projected on our nation’s screen by much of my fellow evangelical’s activism is some kind of reverse xenophobic kingdom where borders, language and culture are preserved rather than destroyed a “have & have not” society. This is not ok. When we hear presidential candidates talking about their love of money along with the size of their “wedding vegetables” to a constituency that is largely evangelical the problem is not with the bucket but the well in which it came from.

If you are voting as a conservative minded evangelical activist like me there are more issues on the table than abortion. This year is a tough year for us. When it comes to activism are we really a one trick pony? It seems like abortion is the political Trojan horse by which our enemy steals the evangelical heart or at least our vote.

In conclusion there are two questions (but not only two) we should ask ourselves before giving our gospel-saturated approval to any candidate as evangelicals. Both of these questions have to do with the social, cultural or community sin of ethnocentrism in the name of Jesus.

First: At what point does pride for your country, values etc. turn into having the idea that your own group, ethnicity or culture is better or more important than others?

Second: Is it possible to value something deeply, with passion and fidelity such as God and country without playing the comparison game?

P.S. I would love to read some of your favorite ethnocentric and xenophobic Donald quotes in the comments!