Grace Is NOT Classy. 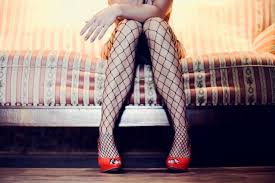 This is the third article of an eight part series called The Legend Of The Perfect Christian Family. In this series I hope to show that some of the greatest families in the Bible are deeply broken and in need of God’s grace. In my last article we read about the tragic story of Cain. In this article we will learn how grace impacted Rahab’s story.

I will never forget my first time in River Rouge Michigan. It was very industrial. The church I was ministering at met in an old Church building that looked like a castle.

In many of these 19th and early 20th century Detroit Suburbs railroad tracks divided the town up like a grid.

In the letter to the congregation that gathers in the town of Galatia Paul the apostle reminds them that GRACE + NOTHING = FAVOR WITH GOD.
Galatians 3 is a reminder that faith in the grace that comes from Jesus produces true children of God. Galatians 3:28 in particular makes it very clear that in Christ there are no distinctions that might divide us in his grace. We are all one.

Grace Is Not Classy.

There is a great story in the Bible about the classless Grace of God. In Hebrews 11:30-31 we are reminded of time when faith was found in one of the most questionable and low class places in town.

“By faith the walls of Jericho fell down after they were encircled for seven days. By faith the harlot Rahab did not perish with those who did not believe, when she had received the spies with peace.” Hebrews 11:30–31
In the book of Joshua chapter 2 we find the beginning of our story and it starts on what some folks might call the wrong side of the tracks.

A lady named Rahab owned this particular establishment. Rahab herself was a woman who made money in a rather low class manner.

In Joshua 2:2-3 our spies have been discovered, reported and called out by the king of Jericho. This fella was probably already worried about the nearby Israelite camp wondering what they might be up to. And so now he has found their spies. So the two spies run and hide.

Rahab had heard of the Israelites and their mighty God. She had heard how he delivered them from Egypt. Rahab sensed she would soon be on the loosing side of a coming conflict. So she hid the spies in the flax covering of her roof. If the spies were going to the food (cough, cough) they had now found themselves hiding on its roof fearing for their lives.

This is where we see Rahab’s faith in God. She not only hides the spies in the roof of her brothel but makes deal with them to protect her and her family. She is literally placing her investment on the Lord God of Israel.

“…the LORD your God, He is God in heaven above and on earth beneath. Now therefore, I beg you, swear to me by the LORD, since I have shown you kindness, that you also will show kindness to my father’s house, and give me a true token, and spare my father, my mother, my brothers, my sisters, and all that they have, and deliver our lives from death.”” (Joshua 2:11–13, NKJV)

When I read this portion of the story it struck me. I had forgotten that Rahab saved her family.

Now I don’t know what you would consider a bit odd but just consider for a moment how dysfunctional this family situation is. I mean this is truly life on the wrong side of the tracks.

This is the kind of family that I would think twice about sending my kids over for a “play date”… right?

Rahab can’t exactly be her father’s pride and joy can she? Certainly, her line of work is one to avoid if you are trying to win a daughter of the year award right?

But it is right here in the story that God really struck my heart. Not only is Rahab working on a deal that will save her life, but her whole family’s life as well as her reputation.

I mean here is legitimate saving faith. If I had time I would share the whole account with you. But you can read about it for yourself beginning in Joshua 2. Read it and you will see that this is a woman who respects God. This is a woman of low class, from the wrong side of the tracks reaching out to the God of Israel.

To make a longer story short Rahab and her whole family are saved before Israel destroys Jericho.

I hope you the reader might find a few things useful for your discipleship journey from this amazing story.

Grace sees past our tribes and clicks: God cares and is interested in those outside of our little local covenant communities we call church. Gods grace is not a high class members only kind of thing. Grace is not classy. Rahab respected God and He did not forget her even though she lived and participated in the low class life from the wrong side of the tracks.

It takes Grace to accept new people: It can be difficult to for Gods people to accept someone like Rahab. Can you imagine how difficult that might have been for the Israelites, Rahab, and her family? There are some major divides between these two groups. If Rahab was a low class person with a less than respectable vocation among her own people how much greater was the division between her a Canaanite and the Israelites? The salvation of Rahab and her family actually was difficult for the community of Israel. In Joshua 6 :23 it says that they were restricted to “a place outside the camp”.

Grace makes new and accepted people a part of the family: Israel did wrestle with this odd situation. But they did eventually bring Rahabs family into their own as we see in Josuah 6;25. Because Israel did incorporate Rahab and her family into their community. Rahab became a direct ancestor to King David and Jesus as we find in Matthew 1:5.

So we really do see from the story of Rahab that grace is not classy. For those flawed, broken and low class families everywhere that seek God in the midst of their disfunction read your Bible’s you will find that you are in good company. You will find that he will deliver and restore those families that love and seek him just as He did Rahab and her’s.