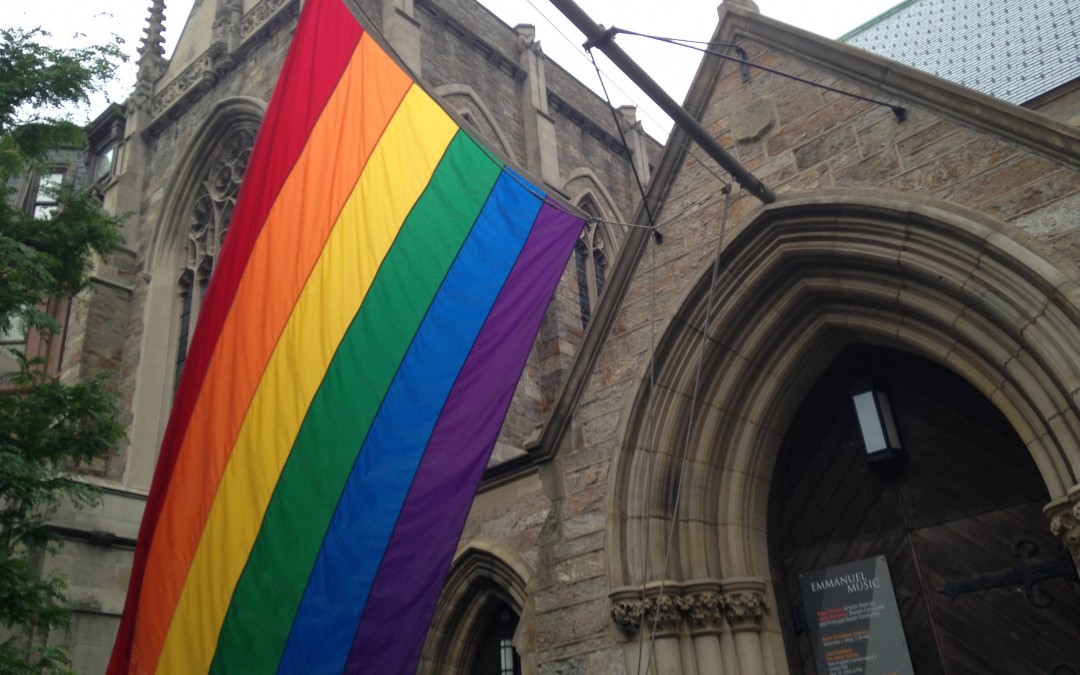 Trevin Wax is a smart guy. He writes convincingly, humbly and with an uncanny cogency. I deeply appreciate his consistent conservative theological witness for The Gospel Coalition (TGC). His articles always cause me to think about what I believe. My only purpose with this article is that it might express my disagreement with his view on this issue. He is a gracious brother in Christ and his ministry reflects that.

Trevin recently wrote an article on TGC entitled CAN WE “AGREE TO DISAGREE” ON SEXUALITY AND MARRIAGE?. Please take a moment to read it if you have not already done so. In it Wax argues that we cannot avert a schism among evangelicals today over the issues of homosexuality and marriage merely by appealing to unity. I wanted to take a moment and push back. His article seems somewhat myopic to me concerning this issue of a schism among evangelicals.

Trevin, there is an elephant in the room.

As heterosexual evangelicals we seem pretty easy on ourselves concerning sexuality and marriage but hard on others. This issue perhaps more than any other right now among American evangelicals reveals the beam in our eye.

We are not willing to have a schism over the porneia among ourselves.

The various kinds of unsanctioned sexual intercourse among conservative evangelicals today is not only the elephant in the room it has become the camel in our belly’s.

Are we blind to this issue? I’m not necessarily talking about the issue of porneia but the issue of using a microscope on homosexuality and its affect on marriage definitions while avoiding the bigger picture.

In America for example if some evangelicals were to step away from the microscope and see the bigger picture we might be somewhat humbled to find that an estimated 1.6 percent of our population identifies as gay or lesbian as reported by the National Health Interview Survey.

Here is what we will see if we take a more generous and panoramic view of porneia and its effect on marriage.

According to Professor Bradley Wright’s analysis of the data he claims 38 percent of heterosexuals who attend church regularly have been divorced.

• 77% looked at pornography while at work in the past 3 months;
• 64% view pornography at least monthly; and
• 18% admit being addicted to pornography (and another 8% think they may be).

Married Christian men:
• 55% look at pornography at least monthly; and
• 35% had an extra-marital sexual affair while married.

What are we really doing here with this whole conservative vs progressive issue? Does it really have anything to do with theologically conservative folk like me protecting the “witness of Scripture” or preserving biblical authority?

My son Jackson wrestles. This is his second year. He is still considered a beginner and to be fair he is usually placed in a beginners bracket for his weight. This allows him to wrestle with kids closer to his experience level. But every once in a while some dad who cant handle that fact that his child keeps loosing will put his child with much more experience into the beginner bracket so he doesn’t have to watch his son loose. It is a sad thing to watch. Everyone except the dad sees the pride involved and what it will probably do to his child.

Are we so desperate for some kind of win for team evangelical on the wrestling mat of culture war that we have to pick on the little guy in order to make ourselves feel better?

Trevin from what I see… It seems like this issue allows some of us insecure conservative folk to pick on the little guy. Porneia is a big issue among evangelicals; it’s the plank in our eye, it’s the elephant in the room and it’s the camel in our belly’s, and if we were to make a pie chart heterosexual married folk would make the homosexual portion of porneia seem like a gnat sized meal.

Mere heathen morality, and not Jesus Christ, is preached in most of our churches.