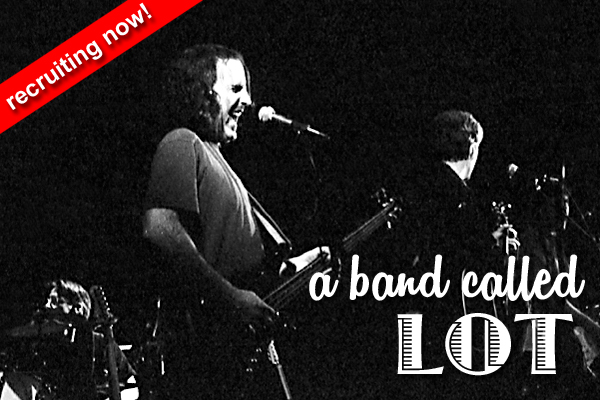 There was this guy in the Old Testament who gets a lot of bad press. And when you read his story, you gotta admit: he deserves it. If anything, he serves mainly as an example of how not to do life.

His name was Lot. He was Abraham’s opportunistic nephew, who has been graphically immortalized in the Sodom & Gomorrah story.

It’s just heaping pile of bovine by-products. Lot’s wife gets bad press because of the whole pillar-of-salt thing. Lot’s daughters are far worse. The whole story is a sick and twisted tragedy (Genesis 19).

Against all odds, St. Peter writes (albeit briefly) about a side of Lot that many of us might be surprised to read about:

Is this a side of Lot that we should actually be encouraged by? In context, Peter’s focus is on God’s ability to save His people. So, we need to be careful not to build a theology out of Peter’s description of Lot, and miss the point of the passage.

So, with that caveat in place, here’s a thought that came to mind as I read about Lot in 2nd Peter:

A good number of Christians will never know what it means to be “tormented” in their souls because they have insulated themselves so thoroughly from “the world”.

And I get this, I really do. I play in an assortment of bands, in a wide variety of venues (pubs, concert halls, outdoor festivals, etc.). There have been — and will be again — times when the spiritually negative vibe really wears you down. And you get tired of it and just wish you could play 24/7 in a worship band.

Of course, that would preclude any possibility of ever being salt and light (Matthew 5:13-16). If anything, we need more people who are willing to be disturbed in order to hear peoples’ stories, and to have His story heard through us.

There is a potential trap here, as well. Most people can see that — the most common analogy used is the “frog in the pot”. You’ve probably heard it:

The frog ends up in a tossed salad somewhere in New Orleans.

The danger for us is that we will gradually become accustomed to the negative spiritual environment, and be in more trouble than Lot. At least he was grieved by what he saw and heard. I might even suggest that a sense of grieving (not to be confused with a sense of judgmentalism) should be one of our “checks” in how we are doing.

After all, Jesus did warn us that He is sending us out as “sheep among wolves” (Matthew 10:16).

We need to have more “bands called Lot” — people who are willing to be grieved by what they see in order to share Who they know. And we will need to be as “shrewd as snakes” (Matthew 10:16) as we do so, or we will join the boiled frog in the salad.