The “secret” identity of Jesus in Mark’s Gospel 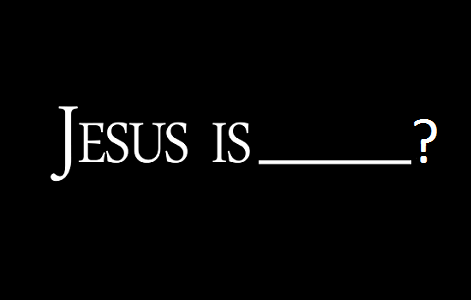 There are lots of ways to work through the Gospel of Mark. One of the most insightful ways is to see a recurring set of questions that run through the entire narrative. A composite of all of these questions might be something like… “Who is this man?” For instance…

Mk. 1:27 – And they were all amazed, so that they questioned among themselves, saying, “What is this? A new teaching with authority! He commands even the unclean spirits, and they obey him.”

Mk. 2:7 – “Why does this man speak like that? He is blaspheming! Who can forgive sins but God alone?”

Mk. 4:41 – And they were filled with great fear and said to one another,“Who then is this, that even the wind and the sea obey him?”

Mk. 6:2-3 – And on the Sabbath he began to teach in the synagogue, and many who heard him were astonished, saying, “Where did this man get these things? What is the wisdom given to him? How are such mighty works done by his hands? 3 Is not this the carpenter, the son of Mary and brother of James and Joses and Judas and Simon? And are not his sisters here with us?” And they took offense at him.

Mk. 8:27-30 – And Jesus went on with his disciples to the villages of Caesarea Philippi. And on the way he asked his disciples, “Who do people say that I am?” 28 And they told him, “John the Baptist; and others say, Elijah; and others, one of the prophets.” 29 And he asked them, “But who do you say that I am?” Peter answered him, “You are the Christ.” 30 And he strictly charged them to tell no one about him.

Mk. 11:27-28 – And they came again to Jerusalem. And as he was walking in the temple, the chief priests and the scribes and the elders came to him, 28 and they said to him, “By what authority are you doing these things, or who gave you this authority to do them?”

Now all of these “Who is this?” and “Who do you think you are?” and “Where did this guy come from?”  and “Who do others — and you — say that I am?” questions are book-ended by two verses in Mark’s gospel. The first one is in the very first verse in the Gospel which reads –

The beginning of the gospel of Jesus Christ, the Son of God. – Mk. 1:1

Immediately following this (Mark’s favorite word is “immediately,” by the way) – Jesus is preceded by John the baptizer, then baptized by him, then affirmed by the voice of God himself (who, as Mark puts it, “tears open” the heavens to Jesus) as His beloved and pleasing son. After this Divine affirmation of Jesus’ identity and relationship to God Himself, he is driven by the Holy Spirit to meet Satan in the wilderness and confirms God’s proclamation of him as the pleasing son by overcoming a three-fold temptation. This is followed by Jesus’ proclamation that the reign of God had begun, the calling of his first disciples, the expulsion of an unclean spirit from a man in the synagogue, dramatic healings of every kind of sickness, ending with the healing of a leper (who, interestingly, Jesus tells to keep quiet about his identity). The leper doesn’t follow Jesus’ instructions, and before you know it, Jesus is so famous that he…

…could no longer openly enter a town, but was out in desolate places, and people were coming to him from every quarter. – Mk. 1:45

And that’s just chapter one!!

The growing tension in the narrative reaches a fever pitch in chapter 15 where there are lots of troublesome and conflicting ideas flying around about the identity of Jesus.

Mark’s own literary reference to Jesus’ crucifixion between “two robbers, one on his right and one on his left” (Mk. 15:27) increases the tension, as do  accusations from the crowd that he had threatened to destroy the temple, derisive taunts telling Jesus to “save himself” (Mk. 15:28-31), and then a cluster-bomb of mockery in Mk. 15:32 where the whole crowd (including the other criminals!) aligns against Jesus –

Let the Christ, the King of Israel, come down now from the cross that we may see and believe.” Those who were crucified with him also reviled him.

And then, after all this, the camera zooms in as it were to Jesus’ final moments before he dies on the cross.

And when the sixth hour had come, there was darkness over the whole land until the ninth hour. 34 And at the ninth hour Jesus cried with a loud voice, “Eloi, Eloi, lema sabachthani?” which means, “My God, my God, why have you forsaken me?” 35 And some of the bystanders hearing it said, “Behold, he is calling Elijah.” 36 And someone ran and filled a sponge with sour wine, put it on a reed and gave it to him to drink, saying, “Wait, let us see whether Elijah will come to take him down.” 37 And Jesus uttered a loud cry and breathed his last. – Mk. 15:33-37

The final line in this dramatic scene contains Mark’s second book-end. Just as with chapter one, it includes the tearing open of a place associated with access to, and communion with God, and a proclamation of Jesus’ true identity (about which there have been so many questions and doubts raised throughout Mark’s gospel).

And the curtain of the temple was torn in two, from top to bottom. 39 And when the centurion, who stood facing him, saw that in this way he breathed his last, he said, “Truly this man was the Son of God!”- Mk. 15:38-39

The entire narrative flow (with an emphasis on questions about Jesus’ identity) can be seen in this very simplified chaiastic outline for the Gospel of Mark.

So, at the beginning (Mk. 1:1 & 11), in the middle (Mk. 8:27-29), and at the end of Mark’s Gospel (Mk. 15:39) Jesus is affirmatively announced as the Son of God — the Christ. But woven throughout the narrative are both affirmations (through teaching, miracles, fame, and success) and doubts (through accusations, questions, and conflict with both religious and governmental powers) about the true identity of Jesus.

Added to all of this are texts where Mark (as narrator) and Jesus (as speaker) feature Jesus working in various ways to keep his true identity on the down-low. For instance…

There are exceptions to these occasions in Mark’s gospel where Jesus does not forbid people from speaking about what he has done, but there are so many like this that they cannot be ignored. From my perspective, they are certainly part of Mark’s intentional desire to provoke those who would read his gospel to draw their own conclusions about the identity of Jesus, and to respond appropriately.

In every case — including those featuring unclean Spirits — the natural results of an encounter with Jesus is to be unable to keep it quiet.

What impact should these interpretive conclusions have on present-day readers of Mark’s Gospel?

It is my conviction that Mark has intentionally built all of this into his Gospel so that, at the end of it, having weighed all of the possibilities, having dealt with all of the doubts and conflict and questions, and upon receiving the good news, those whose lives are changed by Jesus will respond in the same way as those about whom they have read, and go about proclaiming all that Jesus has done for them.