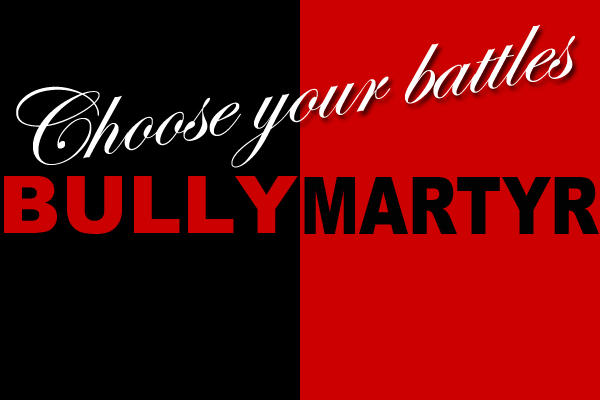 I’ve always appreciated a good song lyric, and over the years, the wisdom found in Kenny Rogers’ The Gambler has been proven over and over again, when it comes to choosing your battles:

And when it comes to theological or ecclesial differences, that’s the hardest part, isn’t it? How do you discern when it’s time to dig your heels in & make your stand, and when you should walk away (or run)?

I’ve lost track of the number of times when I’ve heard the words: “But Robby, we need voices like yours…”

… and yet whenever I would speak up, I would get my lights punched out* (*not literally).

Eventually, I realized that I needed to amend that statement with the following: “There is a big difference between being needed and being wanted.”

I’m sorry if that last sentence sounds whiney. It’s not meant to be; part of knowing ‘when to walk away’ is recognizing the difference. So, without lapsing into whinging, here’s something of a checklist:

1. Is this really an all-or-nothing issue?

One of the first risks we run into when ‘choosing our battles’ is the temptation to make [insert issue here] a win/lose proposition. If it’s just about choosing the color of the new carpet in the foyer, that shouldn’t become a line in the sand.

If people are advocating ideas that contradict Scripture, well, that is something quite different. If people are teaching ideas that legitimize spiritually manipulative and/or emotionally abusive tactics, then perhaps it’s ‘game on’.

2. What kind of person will you be after the dust settles?

This has more to do with your character and sanctification than any theological issue per se. You could “win” the day and still lose something valuable within yourself.

I do not want to become – or hang around with – either of these two options. Ultimately, they are both based in pride:

Sometimes, your integrity will require that you take a stand. If you do, beware the Bully/Martyr trap, for your sake and the sake of those closest to you.

3. If those opposed have all the power and are willing to use it like a club, can you walk away?

All of us would like to think, deep down, that standing up for the right things will guarantee the right results. Except that this isn’t a made-for-television movie. There are Christians out there whose souls have been saved, but not their ethics.

Doesn’t that last sentence make your skin crawl? It sounds flat-out cowardly, if you ask me. (I had a great deal of difficulty writing it, and even more not erasing it.)

And yet, as unsatisfying and ugly as it may sound, there willbe times where it’s your only option. If people:

4. Unleash the Big Cannon on them.

That’s right. Blow them away with the biggest weapon at your disposal.

You can’t change their minds or their hearts (even if you choose the ‘bully’ option). Only the Holy Spirit can do that. He’s the one who Counsels, Convicts, and Converts.

Walking away – or even running away (for safety’s sake) – is never complete without the Big Cannon.