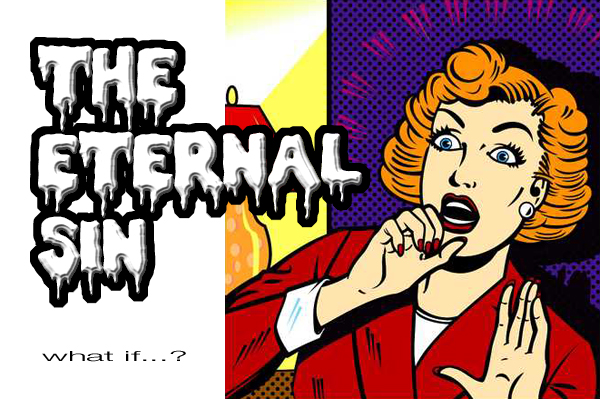 This is a fascinating piece of Scripture. People have been wrestling for years over what “blasphemy against the Spirit” means, and whether or not Joe Average or Jane Anybody, followers of Jesus, might have accidentally committed it.

Charlatans have wielded this section of Scripture like a war club, (ab)using it to threaten anyone who might dare to question the outlandish things they are teaching and doing.

As always, context — not just the surrounding verses but the whole of Mark’s gospel — provides more than enough clues as to (a) what Jesus meant, and (b) to whom He was speaking.

At the beginning of this passage, we read that there are two groups of people upset with Jesus: his family and the “teachers of the law”. His family is mentioned first, but it is not until the next passage in this series (Mark 3:31-35) that they actually show up and Jesus speaks to their concerns. Today’s section deals with the second group of the offended: the teachers of the law (we could also call them the Legalistic Lecturers, if alliteration appeals to you).

The background context in this chapter is that:

Of course, Jesus had been doing the same things ever since the beginning of His public ministry: preaching about the Kingdom (Mark 1:14-15), healing the sick (Mark 1:32-34), and casting out demons (Mark 1:21-28). And the Legalistic Lecturers had been hounding Jesus ever since He healed the paralytic and (gasp!) forgave his sins (Mark 2:2-7). They didn’t like His teaching, or that the crowds were following after Him. They were constantly on the lookout for ways to entrap or discredit Jesus.

Note: Their hearts were completely hardened against Jesus. They would use whatever means necessary to stop Him. To say they were obsessed with His downfall would be an understatement of, shall we say… biblical proportions.

And so they came up with the accusation that Jesus’ ministry was empowered by Satan himself, although they deliberately chose to use the name “Beelzebul”, because it would remind people of Baal, the #1 idol to plague the Israelites in the Old Testament.

This was not an off-the-cuff slip of the tongue on the part of the Legalistic Lecturers — this was a cleverly worded denunciation of Jesus’ miracles by claiming that He was possessed by the same evil spirits as Israel’s enemies (some translations substitute Beelzebul with Satan, but the intent is the same).

Jesus then calls the teachers of the law over for a private chat, and gives them a Lecture of His own. He points out their ridiculous lack of logic in suggesting that Satan would intentionally undermine himself. (They were clearly grasping at straws by this point.)

Jesus also drops the not-so-subtle hint that it would take Someone much stronger than Satan to overcome him and “plunder his house” (take his goods). Jesus’ miracles of healing and casting out demons were clear examples of how Satan’s “house” was already being plundered, even before the Cross.

And finally, Jesus calls them on the carpet re: their campaign to discredit Him. They were playing with fire, and not just figuratively. For them to reject Jesus as the Messiah was bad enough, although the consequences were limited to themselves; trying to dissuade others from following Jesus by accusing Him of being demonically-empowered was inexcusable in the extreme, and punishable eternally.

So, to cut the chase about whether or not Joe Average or Jane Anybody — sincerely trying to follow Jesus — might accidentally commit the unforgivable sin of blasphemy against the Holy Spirit, allow me to suggest the following checklist, based on today’s passage: