Uniting Kingdom to Atonement: Vineyardizing the Relationship of Cross and Crown 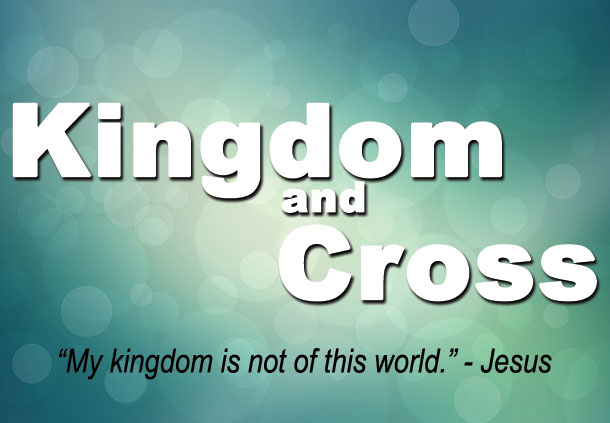 The Vineyard movement is widely known for embracing kingdom theology as it’s theological center. We look to King and Kingdom as foundational to our beliefs and practices. Jesus announced the inbreaking of his kingdom and then spent his public ministry focused on proclaiming and demonstrating the power and presence of God in relation to that kingdom. As followers of Jesus, we believe we are called to continue his words and works.

But what does the Vineyard believe about the atonement? Which model or metaphor is the Vineyard approach? Should we embrace the substitutionary view, as advanced by those connected to the Reformed tradition? Or would the Christus Victor model, promoted by people like Greg Boyd, be a better fit? And what about the Healing model, as Bruce Reichenbach suggests. What about Joel B. Green’s Kaleidoscopic view?

The answer to each of these questions, I believe, should be “Yes.” In fact, that’s one of the strengths of the Kaleidoscopic view, which seeks to emphasize all of the models as important. As Green states, “no one model or metaphor will do when it comes to the task of articulating and proclaiming that significance [of the atonement] in the world today.” We need the substitutionary model, the healing approach, and the Christus Victor emphasis if we want to do justice to atonement theory. All of the metaphors are articulated in the Scriptures and have found advocates throughout church history. Each provides helpful theological insights into the powerful complexities found in the Cross of Christ.

The Mistake of Reactionary Theology

One of the challenges we face in the Vineyard is to keep the tensions. My friend Michael Gatlin, National Coordinator for Multiply Vineyard, talks about “keeping the tensions” as a Vineyard value. One might say it is our sine qua non!

Keeping the tension within atonement theology seems to imply keeping the tensions found within both emphasizing and applying our understanding of the Cross. There is a tendency for some pastors, leaders, and thinkers to find aspects of Penal Substitutionary Atonement (PSA) as so problematic that they swing to the point of rejecting all forms of substitution in an attempt to make, for example, Christus Victor the only model that receives attention.

I think this is a huge mistake. Each atonement model provides a necessary lens in order to comprehend the beauty and nature of Jesus’ work on the Cross. Reactionary theology is far to often guilty of ignoring crucial elements of one view in an effort to bring another view to the forefront. It becomes a self-fulfilling prophecy.

So again, I suggest we embrace every model and metaphor that is found in Scripture and, as Gatlin has suggested, keep the tensions. We need substitution. We need Christus Victor. We need healing. And we’d be wise to follow Green’s advice of integrating them all.

Yet while I am all for embracing all biblical metaphors, I think there is a powerful atonement theory that fares well with Vineyard kingdom theology.

Toward Uniting the Kingdom to the Atonement

As far as I can tell, the primary way in which the Vineyard roots its emphasis on “signs and wonders” and “doing the stuff” is through a robust understanding of the “now and not yet” approach to the kingdom of God. We believe that healing, and prophecy, and tongues, and deliverance, and all other expressions of the charismata occur because the kingdom of God is seen breaking into our time and space, as was inaugurated by Jesus in the 1st century.

But what about rooting our understanding of “doing the stuff” in our understanding of the Cross? The Vineyard, and other advocates of the Third Wave, appear to have avoided exploring or emphasizing a rich connection between “signs and wonders” and an atonement theory because they have sought to avoid making the same mistakes as early Pentecostals and advocates of Word of Faith theology.

The issue boils down to whether healing (and other aspects of the charismata can be attached here, I think) is guaranteed by or provided for through the atonement. These may appear to be subtle differences, but they make a huge impact on praxis. If healing is guaranteed in the atonement, the only possible response to someone not being healed is that there is lack of faith or sin. If healing is provided for in the atonement, there’s room to explore the “not yet” nature of the kingdom. At least that’s what the Third Wave has argued in the past.

But the Third Wave, and the Vineyard by and large, has generally been less articulate in exploring the relationship between atonement and kingdom. When we discuss the kingdom of God, we rarely spend much time exploring the ways in which our understanding of the kingdom might benefit a bit from, not to mention build upon, aspects of the atonement. Don’t misunderstand me, the Vineyard loves the Cross of Christ and we value the reality of Jesus’ death in all that we say and do. Yet we’ve not been as articulate in how and why the kingdom and the Cross should be united. For example, in Morphew’s Breakthrough, the atonement isn’t a primary focus and it doesn’t appear to be a major focus in almost any of the Vineyard books that I have on my shelves or in my Kindle library. And believe me, I’ve checked!

I believe we, in the Vineyard, need to really explore this a bit more because it can make a difference in both our theology and our praxis. And while I’m a fan of Tim Chester’s Crown of Thorns, I think he overlooks the value and importance of kingdom theology in relation to “signs and wonders” as expressions of pushing back against the kingdom of darkness. The Vineyard could really provide a helpful way of articulating the ongoing nature of both inaugurated eschatology and the benefits of Jesus’ victory through the Cross and Resurrection!

And I’m speaking specifically about uniting our, the Vineyard’s, kingdom theology to crucial aspects of Christus Victor, the atonement approach that articulates the clash of God’s kingdom with Satan’s kingdom:

“… the Christus Victor paradigm understands the work of Christ primarily in terms of his conflict with and triumph over those elements of the kingdom of darkness that, according to the New Testament, hold humanity in their clutches, that is, Satan and his demonic hosts, the sin power, death, and even, particularly in its cruse elements, the law. In addition, the harrowing of hell motif has fed into the Christus Victor theme from ancient times.” (The Nature of the Atonement, 12)

Since Jesus came to destroy the works of the devil (1 John 3:8), and the Cross (and Resurrection) is where the defeat of Satan’s kingdom is powerfully stated, might we want to unite our theology of the kingdom with our theology of the atonement? I believe so.

In fact, while John Wimber appears to primarily articulate in his teachings on the atonement a substitutionary approach, elsewhere he quite clearly understood that the Jesus came to “plunder” the “strong man.” Wimber taught:

“In all these battles, Jesus was, and continues to be the victor. In Matthew 12:22-31, Jesus makes it clear that the struggle in which He is engaged is not a civil war within a kingdom. It is rather a battle between the Kingdom of God and the kingdom of the devil. The strong man, Satan, is bound so that his house (Satan’s kingdom) may be plundered. Satan’s power is curbed, but he was not rendered completely powerless (see Matthew 16:23; Mark 8:33; Luke 22:3).” (The Way In Is the Way On, Kindle Locations 1617-1621).

The natural question arises as, How did Jesus plunder Satan’s house? I think I’m on good ground when I suggest that Wimber and the vast majority of Christians would respond by answering, At the Cross and Resurrection.

Jesus was the victor. The clash between the kingdom of darkness and the kingdom of heaven was brought to a decisive end when Jesus was crucified, buried, and raised from the dead. Hmmm. That sounds a lot like the Christus Victor approach to the atonement, as well as our understanding of inaugurated eschatology. And because of this approach and understanding of the Cross, we might follow Greg Boyd’s advice:

“Jesus thus gives to all who will in faith receive it his authority to break down the gates of hell and take back fro the Father what the enemy had stolen, just as he himself had done (Mt 16:18). Now that the strong man has been bound, it is a task we can and must successfully carry out. In doing all this, we the church are further expanding the kingdom of God against the kingdom of Satan, and laying the basis for the Lord’s return when the full manifestation of Christ’s victory, and of Satan’s defeat, will occur.” (God at War, 214).

So while we faithfully embrace all that God has for us, especially that which is revealed in Scripture, I suggest we explore more fully how the Cross and the kingdom intersect, influence each other, and inform how the two topics should shape the way that we “do the stuff” by continuing Jesus’ ministry as the “word worker” par excellent.

P.S. – I think you may enjoy James Bryan Smith’s The Kingdom and the Cross as a spiritually formative way of engaging some of the issues related to this subject. I would also like to thank Aaron McCarter, lead pastor of Maryville Vineyard Church, for inspiring me to actually write some of these ideas down!