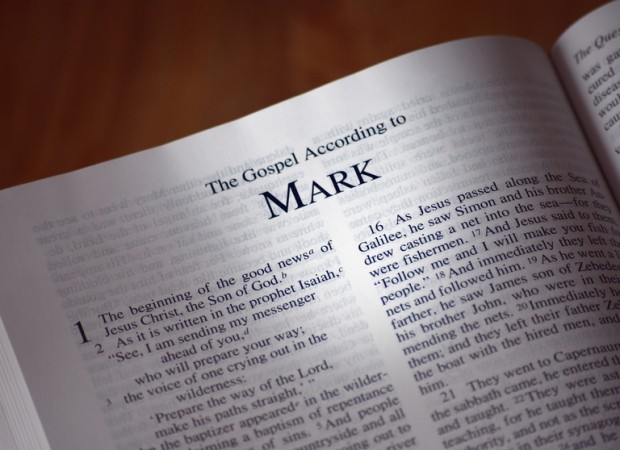 Mark 1:40-45 NRSV
A leper came to him begging him, and kneeling he said to him, “If you choose, you can make me clean.” Moved with pity, Jesus stretched out his hand and touched him, and said to him, “I do choose. Be made clean!”  Immediately the leprosy left him, and he was made clean.  After sternly warning him he sent him away at once,  saying to him, “See that you say nothing to anyone; but go, show yourself to the priest, and offer for your cleansing what Moses commanded, as a testimony to them.” But he went out and began to proclaim it freely, and to spread the word, so that Jesus could no longer go into a town openly, but stayed out in the country; and people came to him from every quarter.

As Brad mentioned at the end of his last post, I am continuing in this series of discipleship within the Gospel of Mark. Discipleship in Mark is following Jesus. The very first words that Jesus utters to his disciples is “Follow me.” This becomes the mark of discipleship whether one is, ἀκόλουθος, a follower (such as 2:14, 15; 6:1; 8:34; 10:21, 28, 32, 52; 15:41). Following Jesus in the book of Mark is the key way to be a disciple of Christ. Those learning from him followed in his way. Because Mark’s Gospel is just as much about Jesus as it is about his disciples, it is no surprise that this call to follow is mentioned so early in the book. Unlike most rabbi’s of Jesus’ time, Jesus is the one who initiates the call.

Now, here in this passage, we don’t see an explicit mention of Jesus’ followers. This is a healing story that ends in proclamation. Leprosy was and has been one of the most feared diseases. Those suspected of having leprosy were often thought to be sinners (2 Kings 5:1-27; 2 Chronicles 26:16-21). What is amazing about this story is the boldness of the leper. He’s begging and kneeling, a recognition that Jesus is worthy to be praised, but also it is amazing that the leper believes that this man is a healer.

To be a disciple like this leper is to both recognize Jesus’ holiness and Jesus’ willingness to heal. 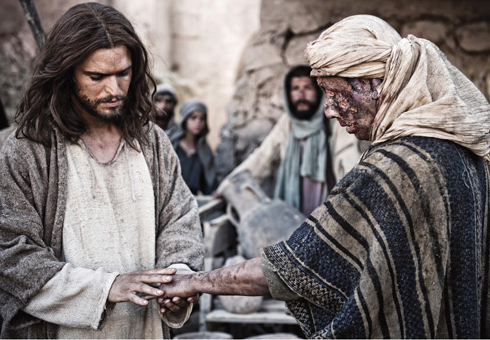 That is, this leper knew that Jesus was the holy other, the one to praise, and at the same time the healer, the one who could get down in his mess to save him. When we ask God for something, we hold in tension God’s transcendence and God’s immanence.

Jesus’ response to the leper, “Be made clean”, is a divine passive with God as the hidden actor in this story. But Jesus gets in the leper’s face and sternly tells him not to say a word to anyone. This isn’t the time or place to discuss the so-called Messianic Secret in Mark, but the point here is that the leper doesn’t listen. He has been made whole by this encounter with Jesus, so obviously he’s going to tell people about it.

To be a disciple like this leper is to boldly proclaim what God’s done for you.

Too often, we don’t rejoice in what God’s done in our lives. We might brush them off as life working itself out, but if we are to see the holy in the mundane, we must be able to see how good God is in our lives. If we believe that Jesus is the author and perfecter of our faith, then surely, Jesus is writing our stories, right? That means that we should rejoice in those seasons where God is writing good things. Now we shouldn’t just say that we are #blessed, even though we certainly are, but we should be willing to proclaim and exclaim to all people what God’s done. If God is doing something good in your life, don’t be afraid to share it.

I love the language that Mark uses in this passage to talk about the leper’s proclamation. Mark says that he went out to κηρύσσειν all that Jesus had done for him. This word, kerusso, is the vocabulary of the early Christian mission of preaching, announcing, and proclaiming the Gospel of Jesus. It’s the vocabulary of liberation. Those who under the bondage of sin and death meet Jesus, and Jesus sets them free. In their freedom, they go out and preach the message of Jesus. This miracle story didn’t end with a miracle; it ended in the leper going out to different places and shouting the goodness of God.

In this translation, it says “the country”, but literally it’s the leper goes out to “barren places” to preach that God is here. Through this encounter with Jesus, the leper is going to plant the seeds of faith in barren places. And they won’t be barren for long.

In closing, this leper becomes some sort of missionary for Jesus telling people in different quarters about how this holy, healing God-man is in their midst. I love the way that Henri Nouwen talks about this kind of wounded healing that Jesus does, and in the same way, this leper does it too. His past hurts become a jumping ground for proclamation of the goodness of God. He’s able to minister to others because he has truly felt the healing touch from Jesus. Following Jesus for this passage means to let God heal your barrenness, and to let God use you to heal others’ barrenness.

Next week, Brad will continue this series starting in the beginning of Mark 2! Stay tuned for his continuation in this discussion on discipleship.

The two commentaries used were Eugene Boring’s Mark and C. Clifton Black’s Mark. Both are fantastic resources for those interested in commentaries geared towards preaching and teaching.