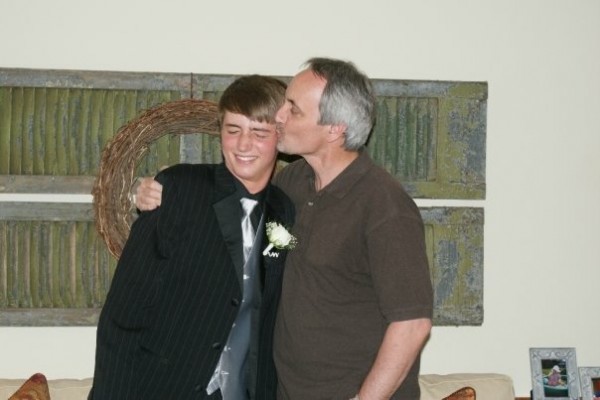 Hosea 6:1-3
Come, and let us return to the Lord;
For He has torn, but He will heal us;
He has stricken, but He will bind us up.
After two days He will revive us;
On the third day He will raise us up,
That we may live in His sight.
Let us know,
Let us pursue the knowledge of the Lord.
His going forth is established as the morning;
He will come to us like the rain,
Like the latter and former rain to the earth.

There’s an old Vineyard song from the 90’s that Kevin Prosch wrote that used this passage. It’s one of my favorites songs, especially in my own life because it’s often that I must be reminded to come back to Jesus. It’s the entropy of life. We tend to move towards states of the lowest energy. Whether we’re lazy or simply focusing our attention on other things, we move away from God if we aren’t intentionally following after God’s ways.

Following God is a life-long decision. One that must be done every day. As Joshua 24:15 says, “And if it seems evil to you to serve the Lord, choose for yourselves this day whom you will serve, whether the gods which your fathers served that were on the other side of the River, or the gods of the Amorites, in whose land you dwell. But as for me and my house, we will serve the Lord.” And Jesus himself says of following after him in Luke 9:23-24, “Then He said to them all, “If anyone desires to come after Me, let him deny himself, and take up his cross daily, and follow Me. For whoever desires to save his life will lose it, but whoever loses his life for My sake will save it.”

Sometimes we have to give up earthly pleasures, money, cars, clothes, crap.

But sometimes following Jesus is hard because we are afraid of the character of Jesus himself.

Going back to our passage in Hosea, look at some of the language used to talk about the relationship with God. For he has torn us…for he has stricken us…These aren’t the lovey dovey things that we’d expect God to do. Right? It kind of goes in tension with the God of Matthew 7 who gives good gifts to his children. This God described in Hosea is both the afflicter and the healer. It’s just like the one that Job talks about throughout his suffering. This God, to Job, is the offender and the judge.

This passage has become something of a little comfort to me. When I was first “called” into ministry, it came at a time when I was so frustrated with the institution of church. God had called my parents from Florida to California, and we kids were told that we’d never do something like this again. This would be our only move, and we could become comfortable.

A little over one year later, God called my dad again to plant another church on the other side of the country. After uprooting from Florida to California, we then began the process again to move to Tennessee to (in my opinion) the most backwards, country place. How could I survive in this land-locked state? I’m a beach guy. I love the ocean. How could we move again?

The year or so that we moved to Tennessee, we attended a youth conference called Aquire the Fire. It was there that God spoke audibly to me. I don’t say this to sound more spiritual than I am. I say this mainly to point that this voice spoke to me to “do the church.” At this point in my life, with all my resentment towards my parents and the church for moving me across the country, this voice was the last one I wanted to hear.

For the next eight years (it’s funny the way that these things kind of play out…), I wrestled with this voice that I heard, what it meant, and what I was supposed to do about it. It wasn’t until I visited a cathedral in another country that I fully realized what this voice meant.

I was to do the church. I was to become involved in church ministry. I was to get into the thing that had caused me so much pain. But what was going to be the solution to all this pain, or I should say who, was God himself. I wept in that cathedral. I was reminded of God’s goodness.

That’s the character of God. God is good. All the time.

God healed my relationship with my dad.

It took God to heal that relationship. Because God is a healer. God repairs brokenness.

And it’s not that my relationship with my dad instantly became zapped into a perfect one. There are things that trigger frustrations. But as I return to God, remember God’s goodness, dwell on things above, I can continue to forgive and move on.

Relationships are super messy, but God is the one who repairs all. Even if it’s a relationship with God. God will be the one who mends broken hearts. So let us return unto the Lord.