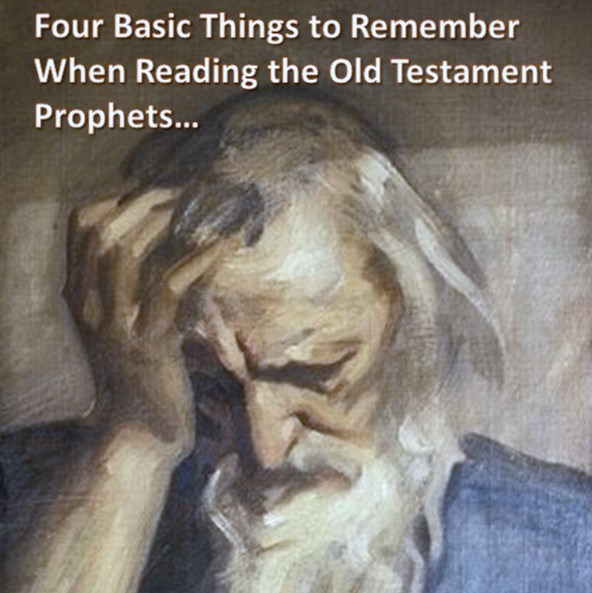 “…“Teacher, which is the most important commandment in the law of Moses?” Jesus replied, “ ‘You must love the Lord your God with all your heart, all your soul, and all your mind.’ This is the first and greatest commandment. A second is equally important: ‘Love your neighbor as yourself.’ The entire law and all the demands of the prophets are based on these two commandments.”” (Matthew 22:34–40, NLT)

Many of us remember these famous statements made by Jesus “You must love the Lord your God with all your heart, all your soul, and all your mind” and  “Love your neighbor as yourself”  but I’m not certain many of us have poured much thought into what he says next. “The entire law and all the demands of the prophets are based on these two commandments”. Jesus’ Bible was what we call today the Old Testament.  Jesus in this passage calls the Old Testament “the law and the prophets”. I have already written an article in this series about what we need to remember when reading the laws of the Old Testament so now I would like give you some tips for reading the Prophets of the old testament. God made a covenant with the people of Israel. If you remember covenant basically means promise. God expected Israel to remember and understand their responsibility to be his promise-keeping covenant people as a witness to and a blessing for all the nations of the earth.

“The Lord had said to Abram, “Leave your native country, your relatives, and your father’s family, and go to the land that I will show you. I will make you into a great nation. I will bless you and make you famous, and you will be a blessing to others. I will bless those who bless you and curse those who treat you with contempt. All the families on earth will be blessed through you.”” (Genesis 12:1–3, NLT)

God used prophets to speak for him to the people. The prophet would work as a kind of covenant representative. Their Job was to confront God’s people with the Word of God when Israel had failed meet their promised obligations as found in the Law. The Prophet in short was a kind of covenant cop. There are 16 Old Testament books written by these Prophets. Isaiah, Jeremiah, Ezekiel, Daniel, Jonah, Micah, Nahum, Habakkuk, Zephaniah, Haggai, Zechariah, Hosea, Joel, Amos, Obadiah and Malachi.

Why are they called prophets? Were they foretellers and predictors of the future? Consider what Professor Gordon Fee has to say about this.

“The prophets did indeed announce the future. But it was usually the immediate future of Israel, Judah, and other nations surrounding them that they announced rather than our future. One of the keys to understanding the prophets, therefore, is that for us to see their prophecies fulfilled, we must look back on times that for them were still future but for us are past”

[Tweet “Here are four important things to remember when reading the Old Testament prophets and trying to gain understanding from their ministry.”]

First: Prophets were like police officers. They were not the law but they represented the need to enforce the law. Today we understand that police can represent the law as a blessing to us. For example they can help keep drunk drivers off the road and make our driving safer. Police can also be somewhat of a curse when we find ourselves going over the speed limit.  Prophets could give out blessings and curses through the power and will of God. Israel could expect to hear of  future blessings of life, health, prosperity, agricultural abundance, respect, and safety from the mouth of the prophet.  Israel could also expect to hear of future curses such as imminent death, disease, drought, dearth, danger, destruction, defeat, deportation, destitution, and disgrace from the mouth of the prophet as well. God truly cared about the poor, widow, the orphan and other nations. If the law was being misused or broken by Israel the reader will find that the Prophet will speak against the injustice being done to the widow, poor, orphan and other nations because often times these vulnerable groups were the “canary in the mine shaft” so to speak. The following is an example

“… Sodom’s sins were pride, gluttony, and laziness, while the poor and needy suffered outside her door. She was proud and committed detestable sins, so I wiped her out, as you have seen.” (Ezekiel 16:48–50, NLT)

Second: Don’t shoot the messenger! While reading the prophets you will often read the phrase “The Lord says” in some variation. So the prophet often speaks as if he is God. His job is to express the simple Mosaic covenants warnings and promises clearly to the people God has called him to go to. Here is an example of the prophet receiving a message.

“The Lord gave this message to Jonah son of Amittai:” (Jonah 1:1)

Third: A bicycle has two pedals. The law from God needed the prophet’s from God and the prophets from God needed the law from God. The relationship between these two is inseparable. The prophet does not act out independently or autonomously. The prophet is somewhat of a slave to His office. Can you imagine how difficult it would be sometimes to be a Prophet? Here is an example of a prophet’s struggle with Gods will. “The Lord gave this message to Jonah son of Amittai:

“Get up and go to the great city of Nineveh. Announce my judgment against it because I have seen how wicked its people are.” But Jonah got up and went in the opposite direction to get away from the Lord. He went down to the port of Joppa, where he found a ship leaving for Tarshish. He bought a ticket and went on board, hoping to escape from the Lord by sailing to Tarshish. But the Lord hurled a powerful wind over the sea, causing a violent storm that threatened to break the ship apart… Now the Lord had arranged for a great fish to swallow Jonah. And Jonah was inside the fish for three days and three nights.” (Jonah 1:1–17, NLT) 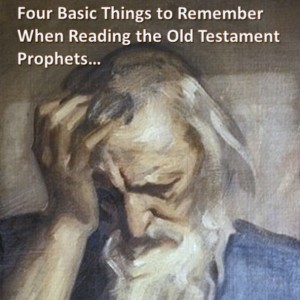 Fourth: Love God and Love Others. God is love (1 john 4:8). Jesus wants us to know the door of the commandments (law) and the Kingdom of God swings on two hinges 1. Love God and 2. Love others. In the Old Testament the prophets always let his covenant people Israel know loudly and clearly if the door has come unhinged from these two things. IN the Old Testament Israel could be worshiping and showing reverence for God in a false way. The prophets would sometimes come along and prove Israels lack of love by the injustice that was allowed to fester in and among them. Amos 5 is a great example of this…

1 Listen, you people of Israel! Listen to this funeral song I am singing:

2 “The virgin Israel has fallen,
never to rise again!
She lies abandoned on the ground,
with no one to help her up.”
3 The Sovereign Lord says:

“When a city sends a thousand men to battle,
only a hundred will return.
When a town sends a hundred,
only ten will come back alive.”
4 Now this is what the Lord says to the family of Israel:

“Come back to me and live!
5 Don’t worship at the pagan altars at Bethel;
don’t go to the shrines at Gilgal or Beersheba.
For the people of Gilgal will be dragged off into exile,
and the people of Bethel will be reduced to nothing.”
6 Come back to the Lord and live!
Otherwise, he will roar through Israel[a] like a fire,
devouring you completely.
Your gods in Bethel
won’t be able to quench the flames.
7 You twist justice, making it a bitter pill for the oppressed.
You treat the righteous like dirt.
8 It is the Lord who created the stars,
the Pleiades and Orion.
He turns darkness into morning
and day into night.
He draws up water from the oceans
and pours it down as rain on the land.
The Lord is his name!
9 With blinding speed and power he destroys the strong,
crushing all their defenses.
10 How you hate honest judges!
How you despise people who tell the truth!
11 You trample the poor,
stealing their grain through taxes and unfair rent.
Therefore, though you build beautiful stone houses,
you will never live in them.
Though you plant lush vineyards,
you will never drink wine from them.
12 For I know the vast number of your sins
and the depth of your rebellions.
You oppress good people by taking bribes
and deprive the poor of justice in the courts.
13 So those who are smart keep their mouths shut,
for it is an evil time.
14 Do what is good and run from evil
so that you may live!
Then the Lord God of Heaven’s Armies will be your helper,
just as you have claimed.
15 Hate evil and love what is good;
turn your courts into true halls of justice.
Perhaps even yet the Lord God of Heaven’s Armies
will have mercy on the remnant of his people.[b]
16 Therefore, this is what the Lord, the Lord God of Heaven’s Armies, says:

“There will be crying in all the public squares
and mourning in every street.
Call for the farmers to weep with you,
and summon professional mourners to wail.
17 There will be wailing in every vineyard,
for I will destroy them all,”
says the Lord.
Warning of Coming Judgment
18 What sorrow awaits you who say,
“If only the day of the Lord were here!”
You have no idea what you are wishing for.
That day will bring darkness, not light.
19 In that day you will be like a man who runs from a lion—
only to meet a bear.
Escaping from the bear, he leans his hand against a wall in his house—
and he’s bitten by a snake.
20 Yes, the day of the Lord will be dark and hopeless,
without a ray of joy or hope.
21 “I hate all your show and pretense—
the hypocrisy of your religious festivals and solemn assemblies.
22 I will not accept your burnt offerings and grain offerings.
I won’t even notice all your choice peace offerings.
23 Away with your noisy hymns of praise!
I will not listen to the music of your harps.
24 Instead, I want to see a mighty flood of justice,
an endless river of righteous living.
25 “Was it to me you were bringing sacrifices and offerings during the forty years in the wilderness, Israel? 26 No, you served your pagan gods—Sakkuth your king god and Kaiwan your star god—the images you made for yourselves. 27 So I will send you into exile, to a land east of Damascus,[c]” says the Lord, whose name is the God of Heaven’s Armies.