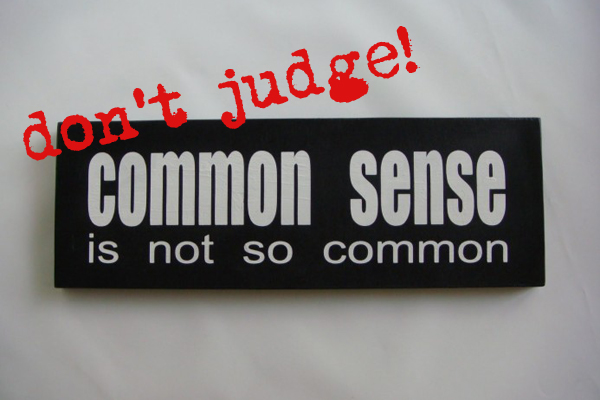 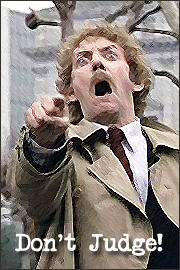 I’m worried about my friends. We’ve know each other for years, but lately, it’s like they’ve been sucked into a mind-bending cult. I know it’s a cliché, but they seem, well … brainwashed.

They’re intelligent—well-educated, even—but independent thinking seems to be a lost art. Whenever I try to reason with them, they get all glassy-eyed and chant their new mantra: “Don’t judge.” Have you ever seen Invasion of the Body Snatchers? Yeah, like that.

For example, try telling a Christian couple they shouldn’t be living together, or sexually active, if they’re not married. Or that alcohol in moderation is fine, but getting drunk is wrong.

Often delivered with a self-righteous “talk to the hand” attitude. Because you’ve committed the most heinous and contemptible of all sins: you “judged” them.

They have a favorite Bible slogan: “if anyone is without sin, let him cast the first stone,” but conveniently ignore that Jesus also said (just a few verses later), “leave your life of sin (John 8:2–11).” They’re quick to quote the Sermon on the Mount, “do not judge,” and jump straight to specks of sawdust versus wooden planks in our eyes (Matthew 7:1–5). But their mind-numbing mantra makes it almost impossible to point out — logically, intellectually, theologically — there’s a big difference between common-sense judgment and a judgmental attitude.

You have to judge … which has nothing to do with being judgmental.

It’s what John Stott said about “judge not” in his book, Christian Counter-Culture, “In all of our attitudes and behavior toward others we are to play neither the judge (becoming harsh, censorious and condemning) nor the hypocrite (blaming others while excusing ourselves), but the brother, caring for others so much that we first blame and correct ourselves and then seek to be constructive in the help we give them.”

A judgmental attitude is a different animal: the snidely self-righteous, holier-than-thou, look-down-your-nose haughtiness of Jesus’ most notorious nemeses: the Pharisees. An attitude that takes perverted glee in pointing out others’ failures while excusing or ignoring their own. Jesus had another term for that — He used it repeatedly with the Pharisees — “hypocrite” (Matthew 23:13–39).

Sigh … Our only hope with the “judge not” cult might be an intervention. (I assume it’s a waste of time to point out that they’re judging whenever they accuse others of judging.)