Two Words I’d Like to See Deleted from the Bible 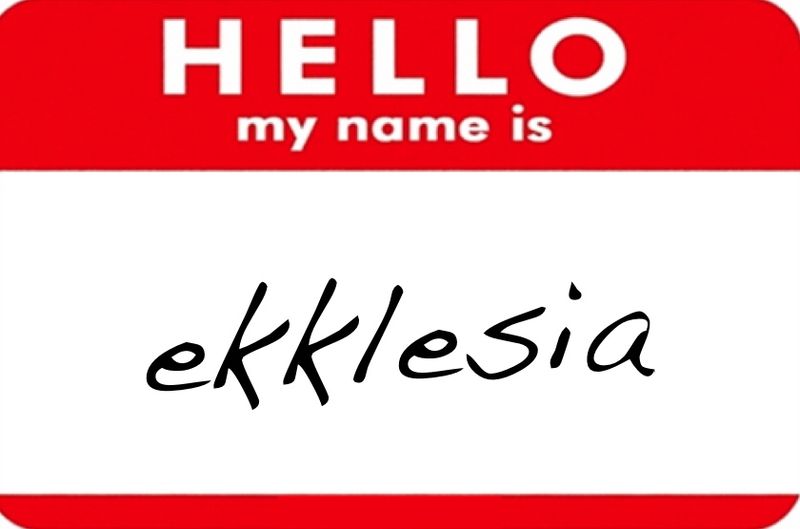 Well this ought to get me in some trouble! So I’ll just jump right in: the two words I’d like to see removed from the Bible are gospel and church! I know, these words are so deeply rooted in our tradition with deep and significant theological meaning. But unfortunately they don’t mean the same thing anymore, they don’t have meaning outside the “church” (in the surrounding culture), and current usage/meaning in the church has certainly drifted far from the original Biblical meanings of the (greek) words behind them!

Let’s start with church. We’ve already written on this previously here at Think Theology. Indeed, Luke Geraty has also argued that we should abandon the word church. And Kenny Burchard has given a great and 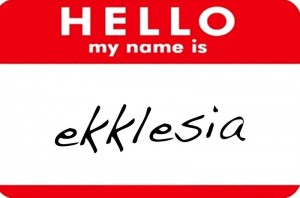 thorough of exposition of what church (ekklesia) really means here in his series “Back to Church: An Ecclesial Journey” which begins here. Let’s face it, when we think of church, or a church or the church, for most of us, one of two images comes into our mind: a building or an organization. What we don’t think of is followers of Jesus gathered for worship, teaching, fellowship & prayer (Acts 2:42-47) – and then scattered for mission. We don’t think of a small group of believers gathered in a home for mutual encouragement, building up and equipping each other for mission in the marketplace; praising God in song together; sharing a meal together; studying the apostolic writings of the New Covenant together. In fact, we have a special name for that to qualify it. That’s called a house church! Why? Because you and I both know that that’s not a real (legitimate) church! You’ve got to have a building with a sound system, stage lights, a fog machine, and a professional religious guy for that!

those four books we call the “gospels” is the good news of the kingdom of God. In Mark 1:15, Jesus says “The time has come… The kingdom of God is near… believe the good news!” Here the good news (gospel) is the presence of the kingdom in the arrival of the person of Jesus, the Messiah! When Jesus arrived on the scene He brought the kingdom of God (the rule or reign of God) – with Him, everywhere he went (and that’s good news). The kingdom of God is in your midst (or among you) – Luke 17:21. Read any one of the 4 gospels – the works of the kingdom and the proclamation of the good news (of the kingdom) always went together in the ministry of Jesus and the apostles. Gospel is proclamation of good news. Gospel, good news, evangelist, evangelism, evangelize – its all the same word: euangelion! Different forms yes – verbal, noun, participle (Luke 8:1), infinitive – but its all euangelion. But we’ve confused them all. An evangelist is someone who converts people to Christianity, right? No, its someone who proclaims the good news! Whatever we hold as our most important doctrinal truth, church practice/methodology, or pet peeve we equate with the gospel. Then when anyone disagrees with us we just accuse them of not believing the gospel! By attacking that scourge on humanity of Darwinian Evolution I am defending the gospel – right!?!

Gospel has become such a churchy word that it has become something of a joke outside the church. Anyone’s message can be referred to as their gospel. The gospel of a fruit juice cure for cancer. Whatever?

In my opinion, the meaning of these two words has been lost beyond repair. Let’s just translate ekklesia as “assembly” and replace the word gospel with “good news” and move on! What do you think?