12 Reference Books Every Pastor-Teacher Should Own 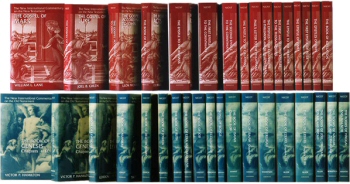 OK, folks. I’m taking up the challenge from Able Baker and following in the footsteps of his post recommending books for Pastors. In the interest full disclosure, I’m not a Pastor, but do like to study the word as if I had to teach it every week. I’m going to try to stick to his theme of “Reference Books” only (even though IMHO he didn’t), but we’ll see. So here goes:

I could really go on and on here, but I’m trying to limit myself to Reference Resources only. And I think I’ve done a pretty good job of sticking to my guns on that. So many books, so little time…

So what did I miss? Let me know in the comments below!