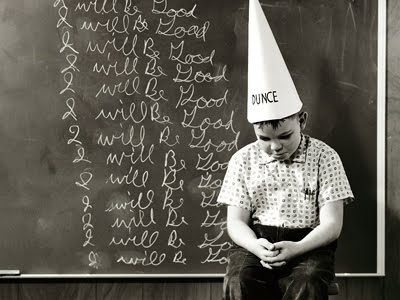 No man knows how bad he is till he has tried very hard to be good. C.S. Lewis (Mere Christianity)

As a pastor I hear a lot of discussion about what’s wrong with this or that. I also hear many solutions being confidently made political and otherwise in light of these discussions. But one of the things that is most troublesome is the faulty understanding of human depravity that seems to support so many of these discussions and solutions. It is easy to say the problem with the world today is sin but what is not easy is understanding how. I wanted to interact with three statements that I have heard within the last year or so during conversations about all kinds of issues. These statements were said by people who I think (aware or unaware) were alluding to a faulty understanding of  doctrine of depravity.

The poor consequences of this belief from a pastoral perspective: 1. prescribing good morality to fix poor morality; 2. lack of appreciation for the effect that the physical can have on the moral. 3. underdeveloped understanding of sin and the problem of evil. 4. easy fixes for very complicated people problems. 5. heavy value on what’s right and wrong but little value on how ,why & context  when dealing with a moral problem. Like lecturing a person with juvenile diabetes about the poor eating habits that lead to diabetes.

Comment: Depravity is actually an ingrained corruption of human nature, due to the involuntary and voluntary involvement of mankind as a whole with original sin and the problem of evil.  However, if we consider that our human nature is actually social, physical, intellectual, volitional. emotional, spiritual, sexual and material this complicates our “moral problem”.  The Bible teaches us that we are called into a gospel reality that has moral consequences. The fight that we all take up in Christ is a present battle of identity from what it used to mean to be human in and of itself to what it now means to be human in and of Christ socially, physically, intellectually, volitionally. emotionally, spiritually, sexually and materially.  It is a problem of the whole person and there is not one fiber of our being moral, natural or otherwise that has not been somehow dramatically altered because of it.

The poor consequences of this belief from a pastoral perspective: 1. Extreme pessimism; 2. little or no appreciation for the arts; 3. The enjoyment of anything outside of Christian teaching is evil. 4. Loss of an appreciation for individual identity. 5. Heavy amounts of personal guilt and depression.

Comment: Depravity is not complete it is total. In other words man is not as bad as he could be (Luke 11:11-13) but he is not as good as he should be either. The troubling nature of depravity is not simply it’s mass but its pervasiveness. To use a mirror analogy every square inch of the mirror is cracked but you can still see something of an image in it… and so it is with God’s image reflecting in our human image.

“God gives everyone the ability to choose”

The poor consequences of this belief from a pastoral perspective: 1. Sin is the result of poor choices; 2. choices based on personal interpretation grounded in solid reason are without error; 3. underestimating the complexity of social problems and how to deal with them; 4. raising the human will to the level of a functional savior (will worship).

Comment: This statement is true but the way I keep hearing it used is troublesome because it seems to overlook the reality of depravity’s effect on our ability to choose. No doubt our ability to choose as we as followers of Christ will be better as we grow and gain more understanding (2 Corinthians 2:14-15) but that does not mean that you have a perfect interpretation of what the Spirit or Scripture is perfectly saying. The best approach we can make to a choice is one marked by patience, humility and the understanding that we could be wrong. 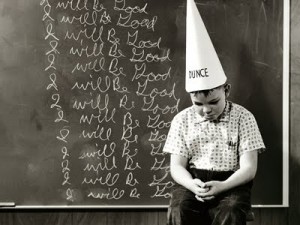