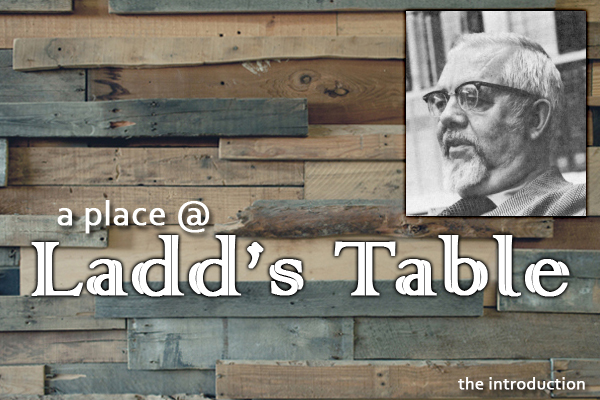 In 2008 Oxford University Press published John A. D’Elia‘s A Place at the Table: George Eldon Ladd and the Rehabilitation of Evangelical Scholarship in America. We (Luke & Kenny) enjoyed the book so much and found it so captivating that we’ve been discussing some sort of blog series for nearly six months. A Place at the Table is both biography and interpretation; you’ll learn about Ladd’s childhood, training, and life while also reading the author’s interpretation (or application!). Quite frankly, A Place at the Table is brilliant. For this new series we (Kenny & Luke) have invited a few of our fellow bloggers to chime in as we work through chapters and explore ideas, life lessons, and theological concepts from Ladd and A Place at the Table. In this post we’ll start with a short bio on Ladd and explore the “Introduction.” We’ll identify each thought’s author by their name’s initials (LG = Luke Geraty, KB = Kenny Burchard, AB = Able Baker, RM = Rob McAlpine).

George Eldon Ladd (1911-1982) was professor of New Testament exegesis and theology at Fuller Theological Seminary. Educated at Gordon College and Harvard University, Ladd was an ordained Baptist minister and is one of the most influential evangelical scholars of the 20th century. His most well known books are A Theology of the New Testament, The Presence of the Future, and The Blessed Hope, though he wrote many other books and articles. Ladd’s influence amongst Evangelicals is immeasurable. At one time his NT theology was considered the second most influential book (behind Calvin’s Institutes). Ladd is a giant for Evangelical NT scholarship and we believe his theological work to be extremely valuable for those interested in the New Testament, eschatology, hermeneutics, and a variety of other topics that we blog on here at ThinkTheology.org.

Ladd is primarily known for his work on inaugurated eschatology, or more popularly known as the “already and not yet” kingdom theology. He has influenced scholars from a variety of theological perspectives, including Covenant theologians and Progressive Dispensationalists, and while Ladd wrote many scholarly books, he also wrote several books to help “lay” people better understand the topics he addressed (e.g., A Commentary on the Revelation of John and The Last Things: An Eschatology for Laymen).

A Place at Ladd’s Table: “Introduction” 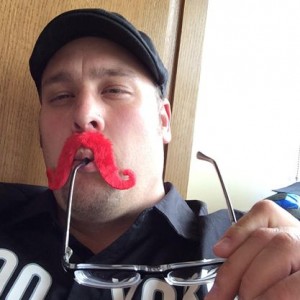 LG: Two things stand out to me when reading the introduction to A Place at the Table. First, Ladd’s life was controlled by his motivation(s). Ladd is said to have “spent the better part of his thirty-year career as a scholar attempting to rehabilitate what he perceived to be a weak and irrelevant evangelical movement in the United States, especially in its contribution to intellectual life” (p.xi). Fundamentalism, and its anti-intellectual approach to theological engagement, had rendered much of evangelicalism as voiceless. Ladd was deeply motivated to change that tide of opinion, a motivation which I both respect and value. I wonder if Ladd saw the vast “emptiness” of “respectable evangelical scholarship” as an opportunity. Did he start his academic career more positive or was he always in a negative frame of mind?

I think we, living in the 21st century, underestimate the influence of Fundamentalism and Dispensationalism upon Evangelicals in the 20th century. What might be called a “stranglehold” was remarkably influential within the conservative Protestant circles known as Evangelicalism. To this, Ladd sought to open communication and engagement between the differing theological views. Why shouldn’t Dispensationalists interact with Covenantal theologians? Or why have post-tribbers and pre-tribbers not engaged in exegetical and hermeneutical discussion? Ladd believed that in order for Evangelicals to be taken seriously in the wider theological world (i.e., non-Evangelicals), they had to start by taking themselves seriously and improve their theological methodology and/or willingness to seriously engage with critical-biblical scholarship (i.e., avoid overly-simplistic solutions that lack convincing evidence or argumentation).

As an aside, which we’ll draw out later, Ladd had other motivations that drove him in his academic work and quality of life too. For now I’ll simply state that Ladd was driven by a deep sense of insecurity and spent much of his later life seeking the approval of the “theological guild,” much to his own tragic demise… but more on that later. 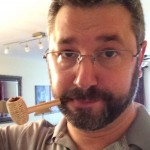 KB: I found John D’Elia’s introduction (especially the last five pages which he titles Excursus: Fundamentalism, Evangelicalism, and Dispensationalism), to be incredibly helpful when attempting to locate Ladd’s work in Ladd’s world.

D’Elia’s reflection of the current state of present-day evangelicalism as it compares with the state of things in Ladd’s day spoke to me. Especially where he writes –

…conservative evangelicalism in America appears to be experiencing a rebirth of the militancy and anti-intellectualism that led to its marginalization and paralysis in the early twentieth century (p. xii).

In response to these realities in his own day, Ladd approached the problem by attempting to rehabilitate evangelical scholarship. No small task!

Unfortunately, we seem to have returned to a dynamic where biblical faith and biblical scholarship are seen by many believers as two incompatible pursuits, and where engagement in more rigorous scholarly work and more careful thinking about theological conclusions are thought to be the inevitable pathway to theological liberalism, heresy, and satanic deception.

In his brief description of the primary facets of Evangelicalism, D’Elia writes:

Evangelicalism…[includes]… any person or group that adheres to the following characteristics: biblicism, or the belief that the Bible is the unique, supernaturally inspired revelation of God; conversionism, or the belief that an individual must make a decision to follow the Christian faith; activism, or the emphasis on extending the influence of Christianity; and crucicentrism, the focus on the cross of Jesus (i.e., the doctrine of the atonement) as the central theme of Christian preaching and teaching (cf. p. xxii).

From my perspective, much of contemporary evangelical preaching and popular writing has come to sound like a copy of a copy of  bad copy of a great song on an old worn out cassette tape in a tape player with almost-dead batteries.

D’Elia describes fundamentalism as an outgrowth of evangelicalism, with an emphasis on returning to what Fundamentalists consider to be…

He also describes “middle-fundamentalism” as…

…the more militant and separatistic variety that attacked those who were perceived as threats to doctrinal orthodoxy.

Fundamentalists operate out of a closed theological system with which they articulate their specific theological conclusions, and those who want to either question those conclusions or correct them are labeled as deceived, enemies of the faith, and heretics. Graduates of non-fundamentalist theological seminaries are most to be suspected of falling into this category.

Finally, Ladd aimed much of his work at critiquing the theological matrix and related theological conclusions of Dispensationalism, which D’Elia describes as…

…overwhelmingly the most dominant and influential system of biblical interpretation among conservative Protestant churches and groups (p. xxiii).

In many ways, present-day American evangelicalism is facing similar challenges, along with some additional ones related to the ways in which large swathes of American evangelicals tend to respond to the bag full of issues labeled “post-modernism.” Thus, our present generation will need another G.E. Ladd (or ten)! 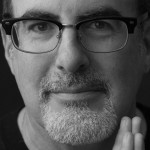 RM:  A generation before Ladd — which helped shaped the milieu in which he wrote — saw the President of the American Association of University Professors, Joseph Denney, describe fundamentalism as “the most sinister force that has yet attacked freedom of teaching”. As an evangelical theologian and author, Ladd later chose to challenge that point of view by embracing both his evangelical convictions and serious scholarship worthy of any university.

Now, nearly a century after Denney’s pejorative dismissal, we find ourselves in a very similar place: a common phrase-turning is to take “freedom of religion”, and re-word it as “freedom from religion”. At times, the 21st-century dice appear to be loaded — against Christian belief. Ladd’s example of not withdrawing into an evangelical subculture, surrounded by think-alikes, is an encouraging and challenging one.

In our current day, as many Christians are advocating distance from the “evangelical” label, Ladd provides a further encouragement, as D’Elia reminds us: “Ladd chose to offer a detailed critique of Dispensationalism (the dominant theological system within conservative evangelicalism) from an almost equally conservative point of view.” (page xix) In some ways, it would be easier to critique from the outside, but Ladd provides an example that it is possible to critique from within. 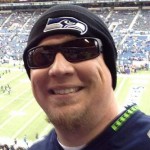 AB: It seems many of Ladd’s evangelical contemporaries, especially Dispensationalists, saw him as (to borrow a Donatist term) a “Traitor”. Ladd was one of those Evangelicals who, in their eyes, was “giving in” to the liberal assault on truth.

Perhaps to the “fighting fundies” he was handing over the scriptures to the enemy by even entertaining their sinful thoughts.

Perhaps to the “fundonamentalists” even wanting to sit at a sinner’s table made Ladd a sinner.

But as Augustine brought out in his battle with the Donatists, the church (visible) is composed of saints and sinners.

I’m not capable of discerning who’s in and who’s out. But I am amazed at the complex mess of a life that produced and propagated such beautiful theology. It seems Ladd is a great example of the paradoxical beauty of Christ ambushing sinners’ hearts unto himself and then placing within their broken vessels a holy ambition.

When I consider how Ladd’s work has indirectly rescued me from fundamentalism I am already amazed at the man behind the curtain. I look forward to reading the narrative of how (as LG has said) “Ladd’s life was controlled by his motivation(s)”. I’m of the opinion that the growth and product of any person’s work is inexorably linked to their motivation. Dogmatic theology is the church’s conversation about what the church is saying about God. Ladd’s theology should tell us as much about him as it does his view of God. If necessity is truly the mother of invention it seemed like the right time for Evangelicalism’s relationship with modernity to deliver a troublesome baby such as Ladd. After reading the introduction I look forward to the rest of the book.