My new answer to “So, what’s your perspective on gay marriage?” (until I hear a better one)… 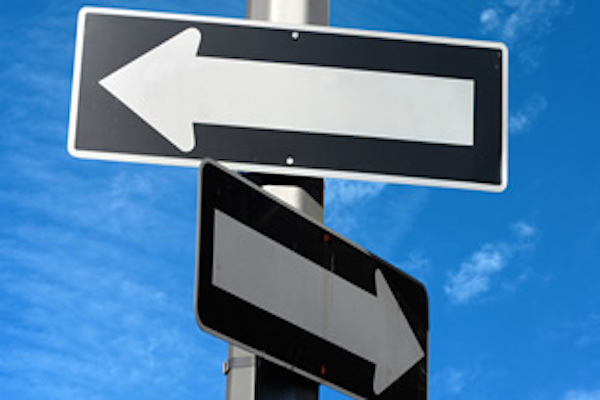 Every once in a while, when you least expect it, you hear someone say something that so resonates with you that you tell yourself,

That is exactly how I feel about what he/she is saying, and until I come up with something better, that is how I am going to answer every time someone asks me about that.

Such was my feeling and immediate response last week when my wife and I were hanging out together and listening to a podcast while she was painting her nails.

The podcast was called “Desert Island Discs,” and asks well-known people the question “What music, book, and single luxury item would you want to have with you if you were stranded on a desert island?”

As often happens in interviews about one thing, there is always a question about another thing that has nothing at all to do with the primary topic at hand. It is usually about a topic of controversy, and the interviewer typically knows in advance something of what the guest might say (or might not say, because they know that their answer will generate some greater level of controversy or discomfort).

Journalists are “great” at this tactic.

They ask you for an interview about apples, so you show up to talk about apples. But they begin the apple interview with a question about oranges since they have you there in the hot seat.  This is exactly what happened to Justin Welby, Archbishop of Canterbury, in his interview (about music he’d want with him on a desert island) with program host Kirsty Young.

As Young was talking with Rev. Welby about his life, ministry, travels, and musical preferences she asked him this question at the 7:12 minute mark:

“Let’s talk for a minute about same-sex marriage. You yourself have spoken against same-sex marriage. What do you think it is about homosexual relationships that should make them, in the Church’s eyes, inferior, less equal, not open to the same opportunities that you afford all the other brethren?”

I have to admit that I expected the typical stuttering attempt at a political answer soaked in the soup of erudition from someone in Welby’s position. Some might say that his answer actually was political. I completely disagree.

Welby answered calmly, fluidly, and naturally (which tells me that it is something he has been thinking about for a long time. Typically when you can answer something so comfortably, it usually means you are comfortable with your answer — and comfortable giving it).

“Um, I’m really not going to answer the question very well because we’re now in to conversations within the church, both globally and locally. And I think if I sort of weigh in at this stage it’s inappropriate. It’s something that, as you go round the communion (having visited all the provinces, I am very aware of this), that is seen by many as an absolutely central understanding of obedience to Christ in both directions — either in favor of, or against (emphasis mine).

Young went on for a moment after this to ask Rev. Welby if he thought the issue would tear the Church of England apart. His response was that he sometimes felt that way, but he was convinced that the Holy Spirit was working through loving dialogue as the church sorted through the complexities of the issue.

But I want to go back to his answer.  What Rev. Welby said (if I may paraphrase and interpret a bit) was…

I have spoken on this already.

And to say more than I have already said is inappropriate because we have come to the place where there are only two sides now.

And each side essentially says, “And our perspective is the only possible perspective that a devoted follower of Jesus could have.”

Think about that and let it sink in! From my perspective Rev. Welby is exactly right. There are really only two answers now. We have achieved what I might call “full polarity” on the issue – each side saying with passion and full conviction that, “Being a Christian means…”

A. That we cannot ever affirm same-sex marriage and still call ourselves Christians, or

B. That we cannot really call ourselves true Christians until we all affirm same-sex marriage.

When I heard Rev. Welby’s short response, I asked my wife to pause the program and I said,

From now on, that is my answer. Welby is right. There is no true ‘third-way’ of looking at this issue.

One group is saying that to affirm a marriage covenant between two humans with the same gender is a violation of God’s created order and the Biblical image of marriage, which is the crowning event in the original creation (cf. Gen. 1:26-28), and the crowning metaphor of the New Creation (cf. Rev. 19:7).

Another group is saying that for the Church to withhold marriage to the marginalized gay community is actually anti-Christ. Jesus himself, they say, would tell us to affirm and extend to them the right to be married, and to treat them as married in the fellowship of the Church. Jesus loved everyone, and thus, we should help them to be married and accept them as married.

There is  no longer (if there ever was) any middle ground or 3rd option for talking about this. If there is, I have never heard it (though some have tried, and they end up being “open and affirming” at the end of the day).

True, there are less extreme answers on both sides, but the gravitational pull on either side tends toward the two polarities. From my perspective there is no way around it. We are (for now) stuck with these to opposite perspectives.

My suspicion is that you, if you’re reading this post, are either basically agreeing with either the “We cannot affirm gay marriage and be Christians” idea, or you are equally and passionately asking, “How can we call ourselves Christians in the truest sense until we affirm this?” And, when you hear the opposite of your view you think something like, “How in the world could you ever think that if you really understood the Bible and Jesus?”

Like Rev. Welby, I have spoken a great deal about this both as a pastor and as a blogger; in private counseling and in public discourse. When I was pastoring, by conviction and by ordination I refused to participate in solemnizing any marriage of two fellow humans who were of the same gender.  And I have written here on this blog and elsewhere that to assume that Jesus would affirm same-gendered marriage and/or same-gendered sexual practice (which is not to be confused with either same-gender sexual attraction or even feelings of same-gender orientation) is not something that anyone could ever get from reading the Bible.  In seminary, the strongest paper I ever wrote had to do with affirming male-female marriage as the crowning metaphor of the consummation of the entire Biblical story. What more can I say? So, to use Rev. Welby’s words (and a few of my own)…

“To say more now would be inappropriate. There are only two answers, and they both claim to be the one Jesus would agree with.”

Do you think my perspective differs from his?

Is it appropriate to say more than we have already said when we are at this place of idealogical and theological dissonance?

I’d love to hear back from you about this (unless you have already spoken, and feel that it is inappropriate to say more).