The Language of Bad Leadership: 3 Phrases to Avoid 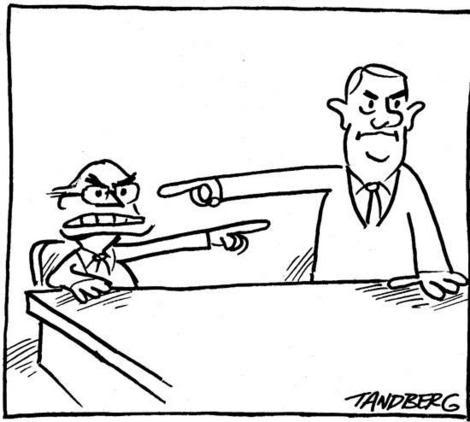 A few years ago I attended a meeting being led by two people who served in a leadership role within our church. There were about ten of us sitting around a table and I thought our meeting was going to be focused on strategic planning and a chance for us all to kind of “catch up.”

Boy was I wrong.

Responding to the question “how are you doing,” every single volunteer said they were quitting and were no longer interested in being a part of that ministry. Talk about a pastor’s worst nightmare!

As the volunteers shared their frustrations and concerns, 100% of the problems were related to the two people leading that ministry. People said things like:

“There is absolutely no communication between you two and us!”

“You don’t plan anything.”

It wasn’t a pretty moment by any stretch of the imagination.

And there I was… sitting at a table… watching this all unfold… wondering how this moment could be redeemed. But it only got worse. For the next thirty minutes the two leaders made excuses and took zero responsibility for any of the frustrations coming from the volunteers. I’ve never seen anything like it… it was like watching a car crash.

I spent a couple year’s with those two people and tried hard to help them become better leaders, but the fact of the matter is that they were not interested in becoming better leaders and eventually burned all of their bridges with people and left the church, repeating a cycle that has followed them everywhere they’ve gone.

I learned a lot from watching them interact with people. Unfortunately, most of what I learned was what not to do. And I’ve seen these problems in many other leaders over the years and have been guilty too.

So here are some observations concerning the language of poor leadership. These are the thing that I heard and what eventually led to this couple losing all of their volunteers and what probably affects countless numbers of poor leaders all over the world. 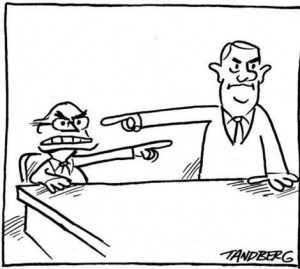 When people take the time to express their concerns or issues, one of the last things they want to hear come out of your mouth is “but.” Why? Because it sounds like an excuse and it causes the person you are talking with to feel as if you are minimizing their thoughts and feelings.

Don’t get me wrong. I realize that a vast majority of the thoughts and feelings of people are often misguided and misplaced. That being said, using the word “but” tends to sound more like you aren’t willing to take responsibility for things and are being defensive. “But it wasn’t my fault that the event fell apart.” Uh… well, being that you are the leader of that event… yes, yes it is!

“I already know what you are going to say…”

After being confronted with concerns about the lack of communication, the leaders I was observing said “If only you would send us an email letting us know you wanted to know the plans.” Uh…. Houston, we have a problem. If you are saying that others should have contacted you about your responsibility of contact other people, you are missing something.

Saying things like “if only” is essentially the same as saying “but…,” and it isn’t effective.

Healthy Leaders Use Language of Responsibility

Here’s the bottom line. Wise and effective leaders take responsibility for things even when they aren’t necessarily the “problem.” Rather than shift blame, these type of leaders validate the thoughts and feelings of people and then try and help find solutions to the problems.

So the next time someone expresses some concerns, whether they are valid or ill-placed, why not try and use language that validates that person and avoid using language that shift’s blame and takes a defensive posture. You’ll find this model much more effective.

What phrases would you add?