Ten questions (and answers) about the Nativity 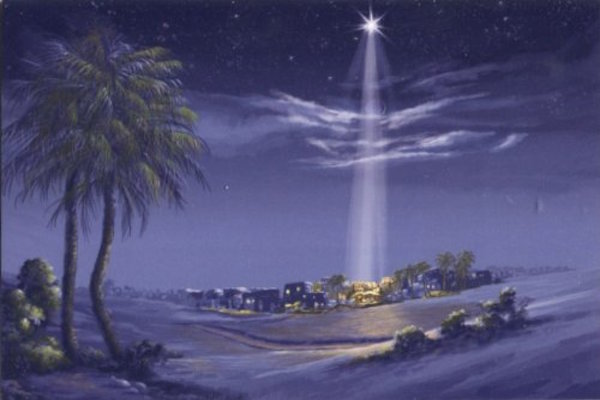 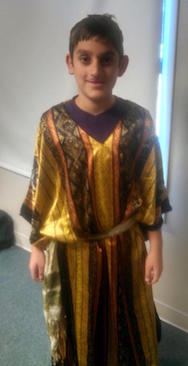 My twelve-year-old son has the honor of being one of the “kings” in the church Christmas pageant this year.  I had the exact same role at the exact same age when I was a child attending the Lutheran church with my Aunt Joann. That was the year I learned the lyrics to “We Three Kings” – which I never forgot.

I love Christmas, and I love the nativity. My wife is actually a collector of nativity scenes, and they’re a regular part of our Christmas decor.  However, we should know that much what we think of as the Nativity scene (and much of the lore surrounding it) is not to be found anywhere in the Bible. Please don’t mistake that observation as a war against Nativity scenes. They’re fine, in my opinion. But they are rooted in conjecture, misunderstanding first-century culture, the meaning of a couple of Greek words, and just about everything else the Bible says about the setting, scene, and circumstances surrounding the birth of Jesus.

In the form of a quiz that I gave my son today (with a bit of elaboration by me) consider ten questions (and answers) about the birth of Jesus, and see if embracing another idea about Jesus’ birth doesn’t give you even more cause to praise God for the incarnation.

Q1:How many kings does the Bible say there were in the nativity story?

A: We don’t know. The Bible doesn’t say how many there were. RIGHT

A: No, it only says that they laid him in a manger because there was no room in the guest-room at the house where they were staying. Most houses had guest rooms. The one they were staying at likely had lots of family members in it since the town was packed for the census. It was Joseph’s home town. They would have been living with his relatives during Mary’s pregnancy. Jesus was likely born in the main room of a relative’s house and likely had Joseph’s relatives to help. After he was born they put him in the manger to sleep. That would have been totally normal. Everyone kept mangers in the main room of their homes in order to feed their domesticated animals. RIGHT

A: No she swaddled Jesus with at least three pieces of cloth that she probably got from one of Joseph’s relatives with whom they were likely living during their stay in Bethlehem. RIGHT

Q6: Does the Bible say that when Joseph and Mary showed up in Bethlehem, they couldn’t find a place to stay, so they went to a barn or stable? (cf. Lk. 2:6)

A: The Bible says, “And while they were there the days were completed for her to give birth” – which means that she was living in Bethlehem at a relatives house during her pregnancy. RIGHT

A: No, they had been in Bethlehem for quite a long time. They would not have travelled at the end of her pregnancy, and they certainly would not have been traveling or arriving in a small town after dark. RIGHT

Q8: What about the evil inn-keeper that turned Joseph away when he begged for a room? (cf. Lk. 2:6 and see note on kataluma below).

A: There is no mention of an inn-keeper anywhere in the Bible who turned Joseph away. Also, the idea that there was such a thing as a hotel (inn) in the little first-century village of Bethlehem is false. There was no hotel or inn there. People stayed in the guest rooms of their family and friends. RIGHT

A: No. Jesus was born well before the magi (not kings) ever showed up to Bethlehem, and when they arrived, he was in the same place where he was born… in the house. It is even possible that he was as old as two years when they finally arrived. RIGHT

Q10: But what about the “lowing” cattle that woke Jesus up while he was sleeping in the barn (though… “no crying he made”)? (cf. Judges 11:31 — what did this man expect to come running out of his house? His daughter or something else?)

A: Again, there is no mention of any animals in the biblical story. Only a manger, which is the reason people think Jesus was born in a barn. But a manger is the same thing as an animal dish. They were kept in homes as well as in stables depending on whether or not a family was keeping an animal in the house – and lots of people kept domesticated animals in their homes in that culture. RIGHT

From my perspective, the mention of a manger, and the translation of the word katluma to “inn” are the only two good reasons that we have for supposing that Jesus was born in a stable. But as I have already said, a manger was a common item in homes during the days of Jesus and before.

Interestingly, Luke does mention an “Inn” in another text, but he uses a different word there. In Luke 10:29-37, Jesus tells the parable of the good Samaritan. In this story, there is an inn and there is an inn-keeper.  But the word for inn here is pandocheion, and inn-keeper  is pandochei. This type of place would have been a resting place for travelers and their pack-animals and caravans on main roads (such as was the case on the road to Jericho), but there were no such places in small towns like Bethlehem.

In that culture, hospitality would be shown to family and strangers alike by welcoming them into the guest rooms of residents. The little town of Bethlehem had not hotel. Why would it? It was the town where the “least of all the clans of Judah” (Mic. 5:2) lived.

No. Jesus wasn’t born in a barn or a cave (though it is likely that we’ll never be able to get away from that image since it has been repeated over and over again for generations). He was born, and was living with his parents in the home of a relative in his earthly father’s home-town. That’s where Joseph and his pregnant wife would have stayed for the weeks and months preceding the birth of Jesus, and it is where Jesus was born.

The scandal of the birth of Jesus is not that he was born in a barn. It is that he was born the same way every average kid was born at that time — in a peasant’s house the way all peasant children were born, in a peasant village surrounded by his peasant parents and their peasant relatives– and yet, he was announced by angels as King!