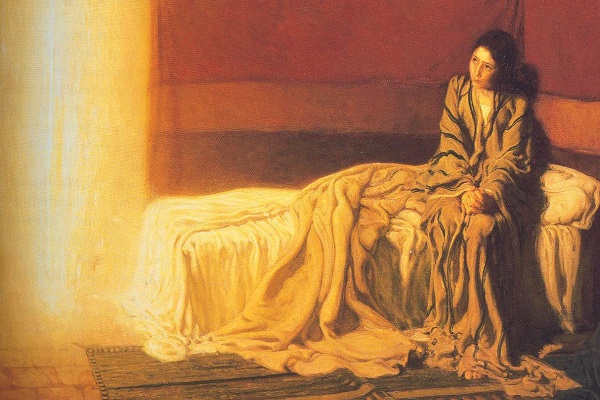 My hope is that this post will be the first of many focusing on Lukan Christology.

To begin with an aside, I wish we could come up with another primary word for the theological understandings of Jesus besides Christology. I think that word belongs under a larger category heading like… “Jesus-Ology” or… (as above) Theological Understandings of Jesus. But that’s too long and it doesn’t sound very erudite, so people won’t use it. Christology has become the category heading for all our theological studies and discussions about Jesus.

Christ is the anglicized version of christos in Greek. That word is really about Jesus of Nazareth being God’s anointed one — the Messiah (Messiah being the Hebrew equivalent of Christ) of Israel.

But (sigh…) since we’re stuck with Christology until everyone sees the wisdom of my proposal to put the word down the list under Jesus-Ology, we’ll stay with it (for now!!!).

Beginning at the beginning

In an attempt to be true to Luke’s own methodology for talking about Jesus, I want to begin where he begins — with the promise, conception, and birth of Jesus and his triple-emphasis on Jesus’ virgin-birth.

Luke 1:26-34 – 26 In the sixth month the angel Gabriel was sent from God to a city of Galilee named Nazareth, 27 to a virgin betrothed to a man whose name was Joseph, of the house of David. And the virgin’s name was Mary. 28 And he came to her and said, “Greetings, O favored one, the Lord is with you!” 29 But she was greatly troubled at the saying, and tried to discern what sort of greeting this might be. 30 And the angel said to her, “Do not be afraid, Mary, for you have found favor with God. 31 And behold, you will conceive in your womb and bear a son, and you shall call his name Jesus. 32 He will be great and will be called the Son of the Most High. And the Lord God will give to him the throne of his father David, 33 and he will reign over the house of Jacob forever, and of his kingdom there will be no end.” 34 And Mary said to the angel, “How will this be, since I am a virgin?”

After Luke’s introduction to Theophilus — the recipient (and possibly the benefactor) of his narrative work (cf. Lk. 1:1-4), he launches into a brief but multi-layered sketch of the parents of John the Baptizer, and the circumstances surrounding his conception, birth, and vocation as the messianic forerunner (cf. Lk. 1:5-25).

It seems important to note here that Luke says his literary sources are first-hand eyewitnesses (cf. Lk 1:2). Thus, it would be no stretch of the imagination to conclude that Luke’s eyewitness for the circumstances of Jesus’ conception and birth was none other than Mary, Jesus’ own mother.

Luke calls Mary a παρθένος. Why?

In the next nine verses (Lk. 1:26-35), Luke takes up the account of Jesus’ conception beginning with Gabriel’s visitation and announcement, and Mary’s response. Twice in v. 27, Luke the narrator refers to Mary as a virgin (παρθένος / parthenos).

The exact etymology of parthenos is uncertain, and so to understand what the word means (and what it came to mean by the time Luke used it) one needs to look back at how it has been used in its various literary contexts.[1]

A classical Greek poet named Homer used it to refer to a mature young woman who was not yet married. This certainly fits Luke’s description of Mary in Lk. 1:27.  Other extra-biblical literary sources find the word being used to describe young maidens, unmarried young women, and even young women who either did or did not have a husband and children yet. Generally, in this literary context the word is used to describe either the age or the sex of the woman, or both – whether she is married and has children or not. But the word, like so many words, went through a process whereby the meaning was narrowed based on usage. So, for instance, Aristoph of Athens chose the word παρθένος to refer to new ships that had not been used (such as our “maiden voyage” terminology with reference newly-commissioned vessels). The connotation of sexual innocence and purity is bound up in this evolved usage.

The word comes to be used in various religious contexts as well. For instance, it is emphatically used to describe Artemis (a goddess of nature, agriculture, and – correspondingly, fertility). The fact that the word is typically not used for a young female child, nor for an older woman, tends to lend strength to the idea that it references the childbearing age of a woman (e.g. a young woman who is mature enough to have children, whether she has them or not). In this more general sense, it serves as a point of transition from girlhood to adulthood — especially with respect to being of childbearing age.

Much more could be said about the development and usage of παρθένος. My question here is — why did Luke use it? Did he mean to say that Mary was a young woman of childbearing age? Or was she indeed a virgin at the time that Gabriel visited her and announced her conception of Jesus? The immediate context seems to clarify precisely Luke’s intentions for choosing the word παρθένος.

In v. 34, Mary refers to herself as a virgin (cf. ESV, NASB, NIV) in colloquial terms rather than using the technical term for virgin as in v. 27. She questions Gabriel about how it could be possible for her to be pregnant. Her question about how a pregnancy would be possible seems odd if she had been engaged in sexual relations.

The Greek text reads: ἐπεὶ ἄνδρα οὐ γινώσκω (epei andra ou ginosko); which is more literally “since a man I do not know.”

We must allow for the presence of things like colloquial expressions, metaphors, and hyperbole in the text of the Bible as we would in any other literature. With only a rigid emphasis on the words themselves, and not their cultural usage, one can only conclude that Mary is saying she has no knowledge of a single mature male human.  This seems unreasonable considering the fact that v. 27 says she was “betrothed to a man.”  No, Mary is not saying she doesn’t have knowledge of, or a relationship with, a man. She is using a colloquialism here. She is saying, “I have never had intimate sexual relations with a man, so how could I possibly be pregnant?”

Additionally, Gabriel’s answer to her question, “How can this be?” helps to interpret Luke’s use of παρθένος. Notice that he does not respond with something like, “Well, of course Mary, the way you’ll have a child is the way everyone has a child. You and your husband will consummate your relationship, and then a child will be born, and God will anoint him as the Messiah.”  No. Gabriel says…

Lk. 1:35b – The Holy Spirit will come upon you, and the power of the Most High will overshadow you; therefore the child to be born will be called holy—the Son of God.

Gabriel’s answer to Mary seems saturated with Christological implications, and a strong case for concluding that Luke used παρθένος because he wanted his readers to know that Mary had never had sexual relations before conceiving Jesus. Consider four big pieces of Gabriel’s answer:

The reader who understands Luke to be writing, in part, as a theologian will detect strong ties the creation narrative of Genesis 1 here.

Thus, Luke’s point is not that Jesus is, by virtue of his virgin birth, a super-human, or that having a literal human father would somehow lump him in with the rest of fallen humanity. After all, he traces Jesus’ lineage back to Adam through his legal father Joseph, but both Mary and Joseph have overlapping genealogies (c.f. Mat. 1: 1-16), and both are 100% comprised of fallen men and women.

My thesis going forward will be that Luke’s Christology seems to emphasize New Creation.  That is, God is doing something new in Jesus. The virgin birth corresponds to his creative acts as at the beginning of the creation of the first image-bearing humans. I believe that Luke’s emphasis is “God is reforging the human race beginning with Jesus just as he began his original creation project with Adam as his anointed viceregent in Genesis.”

From my perspective, this helps to clarify the point of the prophetic forecast of Isaiah –

Is. 7:14 – Therefore the Lord himself will give you a sign. Behold, the virgin shall conceive and bear a son, and shall call his name Immanuel.

If Luke is emphasizing New Creation in his references to the virgin birth of Jesus, then he is not emphasizing the physiological functions of Mary’s body, nor the need to exclude a man for fear of passing on the sin nature that Mary and her male human ancestors all carried. Rather, it is an emphasis on the fact that a new creative act — the virgin birth of Jesus — would inaugurate God’s new creation.

If this is a reasonable conclusion then I am proposing that Luke emphasizes the significance of Jesus’ virgin birth not as proof that he was fully divine and fully human (which I believe), but rather that he is indeed Christos, the first-born of a New Creation, God’s viceregent, and the heir of God’s Kingdom.

According to Isaiah’s prophecy, this virgin-born son would be the embodiment of God with us. He would be God returned to his creation, renewing it, and reigning over it again — succeeding where the first viceregent, Adam, the son of God, had previously failed.

What do we know of Luke’s Christology so far?

First, we know that he believed Jesus was born of a virgin.

Second, we know that it was an eyewitness who gave him that information.

My personal conviction is that Luke’s emphasis on Jesus’ virgin birth was a very gentile-friendly good-news message, and so his Christology is centered on…

God’s inauguration of the New Creation through Jesus, who would succeed as
the Son of God where Adam had previously failed.

That may become more clear once we get to the Genealogy of Jesus in Luke 3, and when we begin to look at how Luke weaves the story of Jesus together in the chapters that follow.

It will take quite a bit more work to develop this more fully in future posts, but I believe Luke’s inclusion of the fact of Jesus’ virgin birth is the perfect starting place.