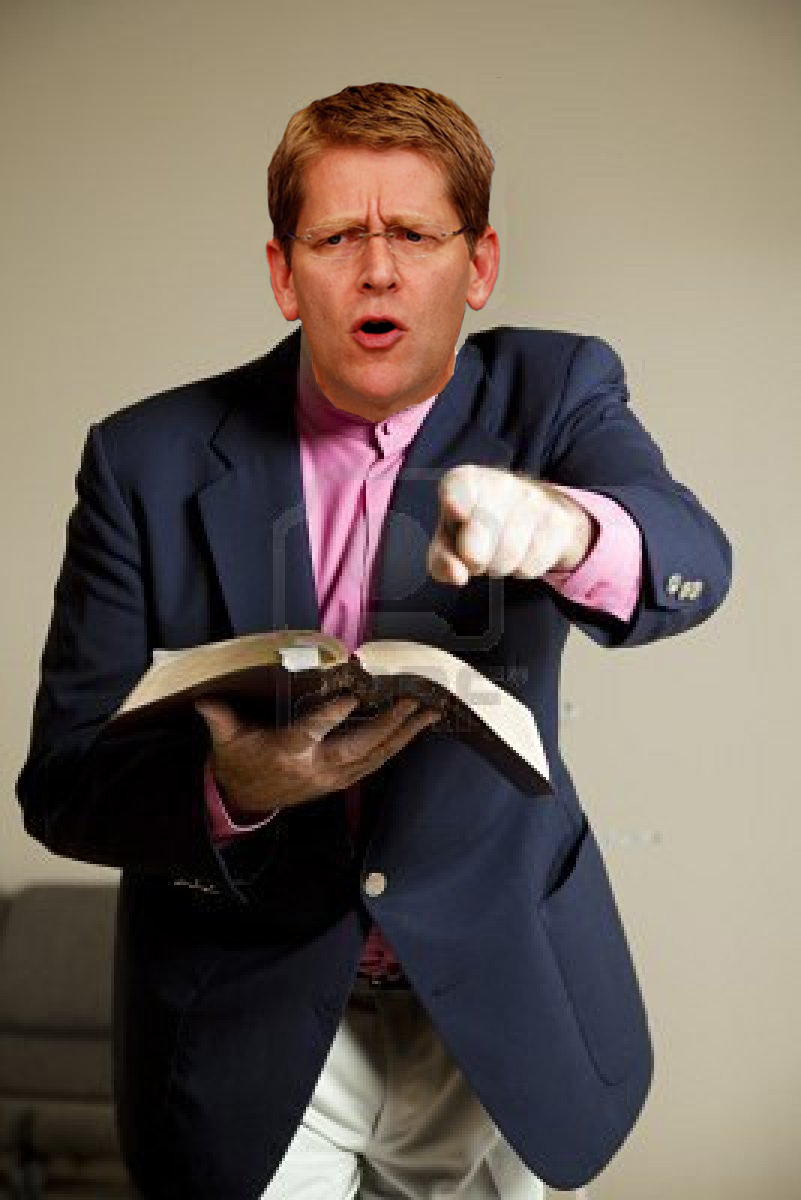 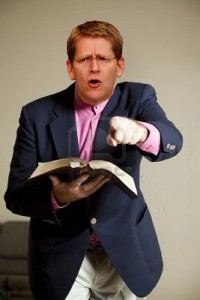 Christian Smith provides us with a pretty thorough 10-point definition of Biblicism, including things like Total Representation, Complete Coverage, Democratic Perspicuity, Common Sense Hermeneutics, Internal Harmony, Universal Applicability, and, of course, the Handbook Model. You can read his definition starting on page 4 of his his book The Bible Made Impossible. But I would like to try more of a working definition by example rather than the more precise approach of Smith. So here goes:

1) A radical Biblicist is the kind of person who says things like, “Well, I just belie-eeeve the Bible brother (and obey everything that is in it)!” The truth is that nobody really believes and applies all of the Bible literally and evenly/equally across the board. We all do a bit of picking and choosing (The Blue Parakeet by Scot Mcknight, p. 13f.). If you don’t believe me then try dragging your wife into your Pastor’s office tomorrow morning, explain to him that you’ve been feeling a little jealous lately, and that you want him to sweep the floor of his office, mix those dust balls into a glass of water, and have her drink it – “I’m sure she’ll be fine – assuming that she’s done nothing wrong!” ==> It’s in the Bible, brother (Num. 5:11-31)! But wait, Brad, that’s the Old Testament law, that doesn’t apply to us as Christians anymore. OK, but that means that when your 17 year-old daughter wants to get a “tramp stamp” across her lower back, then you don’t get to point to Leviticus 19:28, as you explain to her that “this family is gonna stand on the word of God, and the Bible forbids tattoos!” My point is that we have all probably been guilty of some selective hermeneutics when it comes to what from the Old Testament still applies. There are different ways to approach this question (and I won’t try to resolve it here) but we need to have a well thought out hermeneutic on the relationship between the old and new covenants and not just make random choices or base it on situational convenience.

2) A radical Biblicist is the kind of person who, anytime you don’t agree with them, even on the most minor point of doctrine, says, “Well I guess you just don’t believe the Bible then!” Feel free to read that again out loud while staring at the graphic of Mr. pointy finger above. This is simply a cop-out, and most often means that you don’t agree with their interpretation of the Bible, not necessarily that you don’t believe the Bible itself (you heathen, unbelieving dog). More than likely, the radical Biblicist has probably taken a wooden literalism approach to interpretation (based upon his unacknowledged philosophical assumptions founded on rationalism as the only kind of truth he knows or understands).

3) The radical Biblicist will make a capital case out of the most obscure verse in scripture, calling you an unbeliever if your church doesn’t practice Baptism for the dead (1 Cor. 15:29)!

4) The radical Biblicist is the kinda guy (or gal – I’m an equal opportunity hater here) who will beat you over the head with the Bible, quote verses out of context all day long to prove their point, and comfort a grieving widow with “God works all things together for good to those who love Him” (Rom. 8:28) and then walk away, rather than holding her until the entire front of your shirt is soaked with her tears (NOTE TO SELF: ministry is messy business). I’ll have more to say about proof-texting next week as that is Topic #5 in this series on 10 Things we must do Differently to Read Scripture as God’s Authoritative Revelation for Humanity.

In the meantime what do you think? What are some of the other pitfalls of radical Biblicism? What are some positives of Biblicism? How would you define it? What about inerrancy – is it part of the problem, or something we evangelicals need to stand strong on? Have you encountered more moderate forms of inerrancy that avoid some of the pitfalls of radical Biblicism? Do some Biblicists tend toward Bibliolatry – worship of the Bible (i.e. “Father, Son & Holy Bible)? Let me know your thoughts in the comments below.