Is it really being soft on the gospel to not use the word “sin”?

If you pay attention to certain theological circles, you’ll have heard someone say something like this:

“Preachers who do not use the word “sin” in their sermons are watering down the gospel. If you aren’t willing to name sin, than you are deceiving people and offering a people-pleasing message.”

There is certainly reason to worry about the message of the Cross, Resurrection, and other foundational Christian concepts being lost or ignored. To ignore that concern, in my opinion, seems a bit naive. 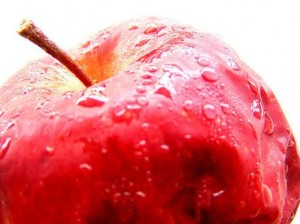 Yet I’m not so sure that it can be said that if English speaking pastors do not use the word “sin” in their sermons in the way that these self-proclaimed gatekeepers insist is actually watering down the gospel. I have two basic reasons why I think it’s a bit more nuanced than that.

First, there are missional and contextual reasons to use a combination of words to communicate the biblical concept of “sin” to modern English listeners. The Hebrew verb חָטָא (ḥāṭāʾ) and nouns אָוֶן (ʾāwen), חַטָּאת (ḥaṭṭāʾt), עָוֹן (ʿāwōn) and פֶּשַׁע (pešaʿ) and the Greek nouns ἁμαρτάνω (hamartanō) and παράπτωμα (paraptōma) along with verb ἁμαρτία (hamartia) are all variously translated as “sin” or “trespass” or “wicked/evil acts” or a variety of words and concepts (often understood as “sin”).

Second, these biblical theological underpinnings require us to talk about more than just “sin” in our discussions and we need to do that well and fully aware of the richness to, for example, Pauline soteriology. I’m concerned that those self-proclaimed gatekeepers who want to have a word count on the word “sin” in others’ sermons really miss the point. In fact, discussions on “sin” really are stepping stones toward a christological solution that restores human beings to their image bearing call!