Citizens of the Kingdom: Mount Up! 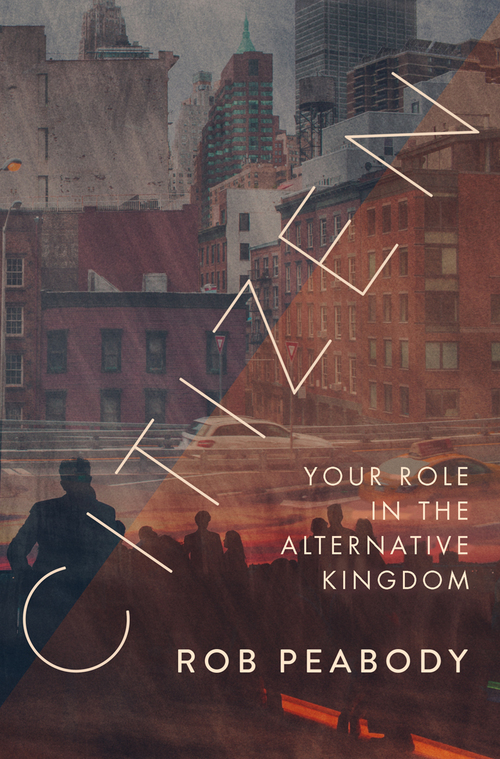 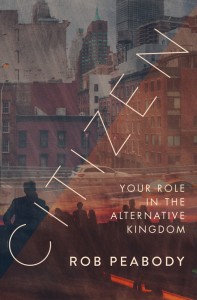 In 1989, David Bebbington wrote of four qualities that defined Evangelicalism and one of them was “activism.” Evangelicals were, according to Bebbington, committed to expressing the gospel through their efforts in society.

Unfortunately, Evangelicalism has received (earned?) a reputation of not doing much beyond talking about the gospel. Those who want to revitalize evangelical identity certainly need to focus attention on this great task.

Enter a new book that, I think, does a great job of sounding an alarm toward this quality — Rob Peabody’s Citizen: Your Role in the Alternative Kingdom. Citizen is part story, part vision-casting, and full of challenges that I find important and, quite frankly, timely.

The gist of Citizen is simple. Rob was the lead pastor of a mega-church campus who essentially lacked depth in community and wasn’t involved in social activism/justice. Yet while he was visiting the Holy Land, Rob got a vision from the Lord that led him to evaluate his life and reimagine what it would look like if he were to take risks and follow the Lord’s leading. This life, according to Rob, is “hard at times” but gets “sweetly exhilarating” (anyone who has done any risk taking in the kingdom of God will appreciate his description). Citizen is really about calling you toward something:

“In the end, you will find the life you were created to live: a life so extraordinary and full of joy that you cannot even fully comprehend it right now; a life not wasted, a life that goes beyond just you, a life that gives worship and glory to the One who is worthy.”

Citizen is, surprisingly, built on a great understanding of the kingdom of God. I only say “surprisingly” because many of the popular level books that I’ve read over the years that include ideas related to the kingdom often suffer from a robustly thought-out theology of the kingdom. Rob has done a great job in Citizen of casting a vision for our identity and participation in the kingdom, which will make anyone who adheres to a “now” and “not yet” approach to the kingdom happy.

While Rob has written a accessible and easy to read book, I do wonder if some people will read it and find it more challenging than they are willing to try. I say that not as a criticism, but more as a question. I know many people who read, for example, David Platt’s Radical and found it very discouraging (the opposite of what I’m sure Platt intended). Don’t misunderstand me here. Citizen is far more… welcoming? Yeah, “welcoming” will do here. Citizen is welcoming in that it graciously calls readers to jump in with both feet and get involved as ambassadors/representatives/citizens of God’s kingdom. I just really hope readers give it a chance.

My favorite part of Citizen was chapter three, “Citizens from All Tribes.” This is Rob’s way of challenging denominationalism and an attempt to point out the walls that exist between the different “tribes” and to say, “Hey, we can do better.” In fact, his own story of being given six months to preach, as an “Evangelical Baptist American,” in an Anglican church!

The bottom line is that this book is, as I stated, the story of how Rob went from being a mega-church pastor in the Bible Belt to focusing his life and attention toward mobilizing youth people to live fully in the kingdom of God and reach out to those who need and are overlooked, along with empowering the church to be a part of what God is doing in the world.

All in all, Citizen is excellent. You’d do well to read it and give copies away to people in your church community. I, for one, will be adding it to the list of books I recommend for small groups to study. Which, by the way, is to say that I would really love to see Rob develop a small group study guide for this book!

Update: As you can see below, Rob has a study guide for this book!!!! Go over to their store and pick up a copy or ten!

If any of you should ask me for an epitome of the Christian religion, I should say that it is in one word – prayer. Live and die without prayer, and you will pray long enough when you get to hell.