A Conversation on Homosexuality & the Church (1 of 6)

Per our mission of fostering theological conversation, ThinkTheology.org is hosting a conversation between Bill Hoard and our very own Luke Geraty in regards to homosexuality and the Church. This is going to be a six part series where Bill will offer a perspective and Luke will respond. If you have any questions or comments, feel free to join the discussion below. Our authors will do their best to respond.

Luke Geraty has invited me to engage in a conversation (dare we call it a debate?) on the topic of homosexuality and the Church. I am honored and excited to engage on this topic for a number of reasons and I hope that the next couple of weeks will prove profitable for all. Of course there are a million and one rabbit holes this conversation could trip into and many of them are likely to be fascinating but ultimately distracting. That being the case, I would like, at the outset, to narrow the scope of our discussion. Specifically I propose to defend the proposition that as Christians, we have a responsibility to affirm and support Lesbian, Gay, and Bisexual persons in their identities and in their pursuit of same-sex marriage within, and with the blessing of, the Church.[1]

I would like to start with a few caveats. First, I am not a Biblical scholar. I hold an undergraduate degree in Bible together with one in the humanities and a masters in the liberal arts; not that I am trying to establish an underdog status; rather I want to be clear that while I have just enough Biblical training to endanger myself, I come at these issues as a generalist and not as a specialist in any one of the many fields which bear on this issue[2]. My approach is certain to have its weaknesses as well as its strengths, but I am happy with it and I hope that you will be as as well.

Second I would like to lay out what I see as the shifting burden of proof in this conversation. I accept it at the outset. Certainly the burden of proof lies with the party challenging the historical and traditional view in any situation, not the least here where the Church has operated for at least 2000 years on the assumption that the Bible proscribes any and all gay sex[3]. But I will only accept the burden to a point. That point, I want to suggest, is reasonable doubt as to the best interpretation of scripture in regards to gay sex. I will attempt to show that it is entirely reasonable to doubt that the Bible conclusively and unambiguously condemns all expressions of lesbian and gay sexuality. If I succeed in establishing that doubt, then I suggest that Jesus’ “Love your neighbor” principle shifts the burden of proof to the challenge of showing how a Christian can justify withholding support from the Queer community. 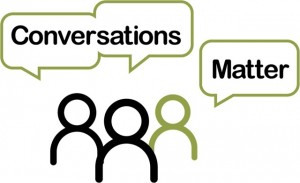 I hope that none reading this are unfamiliar with Jesus statement that “all the law and the prophets” –  by which I take Him to mean “the fundamental point of God’s moral and religious commands” – are summed up in the command to love [agape] the Lord with all our heart, soul, mind, and strength; and to love [agape] our neighbor. I believe Luke Geraty would agree with me in saying that each LGBTQ person we meet is our neighbor, and doubly so in light of the Church’s frankly shameful history of persecution, flogging, mutilation, and execution of LGBTQ individuals[4]. I am not saying that this history should cause us to ignore truth; and I believe that it is possible to be a good, Christ-like neighbor to LBGT people while simultaneously believing with integrity that the Bible proscribes gay sex; but we would do well to keep our history in mind as the LGBT community certainly hasn’t forgotten, and Uganda looms large in their collective imagination.[5]

So what do I actually have to address?

I have found it convenient to break the scriptural argument against gay sex into three unimaginative categories:  Direct NT Passages, direct OT passages,and interpretations of oblique references. Unless I am asked to add any additional passages to the study this would divide the common homosexuality-related texts as follows:

I intend to address all of these passages as best I can and I would like to add to the discussion an investigation into the implications of the “love your neighbor” principle, and an exploration of the ecclesial implications of Peter’s vision in Acts 10. Throughout, I would like to explore the ways in which both Paul and Jesus’ audiences would have understood both marriage, sexuality, and the role of attraction in both cases.

So my parting questions to Luke Geraty:

I’m thankful for Bill’s willingness to have a conversation (discussion? debate?) on such an important subject. I’m also thankful that, from the start, Bill has narrowed the subject to how the Church responds to “Lesbian, Gay, and Bisexual persons in their identities and in their pursuit of same-sex marriage.” Though the subject is complex and there are a variety of issues related, we’re going to try our hardest to avoid the rabbit trails! Here’s to hoping!

I’m encouraged by Bill’s willingness to acknowledge both his limitations as well as the disciplines involved in a conversation. While I have a fair amount of theological training, I’m sure we both agree that neither of us are specialists and will simply do our best to look to get scholarship and engage ideas and arguments.

Further, I look forward to reading how Bill “will attempt to show that it is entirely reasonable to doubt that the Bible conclusively and unambiguously condemns all expressions of lesbian and gay sexuality.” I agree with Bill that there is a certain level of responsibility upon those who take a non-traditional approach to homosexuality to articulate their arguments. I’m encouraged to see Bill acknowledge this!

As Bill notes, I am 100% in agreement that those who self-identify as LGBTQ are human beings created in the image of God, loved by God, and those I consider my neighbors, whom Jesus commands me to love (and whom I joyfully do!). And even if they were my enemies (which they are not!), I would still be called by Jesus to love them (Matt. 5:44). I have family, friends, and church members who fall under the LTGBQ banner and each of them I love and each of them have unique stories and I am very thankful for them. So thank you, Bill, for acknowledging this.

I also agree that in many, many, many significant ways, the Church has cause to repent of its sin against the LGBTQ community. Having read Crompton’s work, I agree that history, along with the stories my LGBTQ friends have personally shared with me, causes me to agree with my good friend Thomas Creedy when he talks about the need for the church to repent for it’s treatment of people created in God’s image.[6]

Bill has chosen to break down the discussion of Scripture into three areas (the NT, the OT, and oblique texts). I do not have a problem with limiting our discussion to the texts that he has selected as they are the most relevant. That being said, I do have two questions about how this list is put together. Why discuss the NT texts first? Wouldn’t it be more canonical and serve toward an intertextual understanding to begin with the OT? Bill, you already agreed that Jesus and Paul shared a worldview that was significantly shaped by Hebrew thought (not to diminish Hellenism, especially for Paul), so is there a reason for this order or is it just random? Just curious. Secondly, what about including Acts 15? Are you willing to include that list and porneia’s role in the apostolic argument?

Other than those questions, I appreciate, Bill, how you have both not misrepresented my views and I’m looking forward to continuing this conversation. I look forward to your next post as you begin to make your case!

[1] I also believe that the same affirmation ought to be extended to Pansexual, Queer identified, and Transgender persons but that goes beyond the reasonable scope for this series. Who knows, if all goes well maybe Luke Geraty will invite me into a conversation on those topics as well.

[3] I do not mean to be either crude or flippant in my use of this phrase. It simply seems clearer than “homosexual activity”, which strikes me as vague (when a gay man buys a shirt he is acting as a homosexual individual but few Christians would have any problem with it),  while “same-sex sex” just sounds odd.

[4] See Louis Crompton’s Homosexuality and Civilization for an enlightening if troubling history.

[5] As I understand it, I would only be eligible for 7 years in a Ugandan prison for my support of the LGBT community while my LGBT friends would be sentenced for life if “caught in the act”.

[6] It’s entirely possible that Bill and I would be in jail together in Uganda as I would gladly stand alongside him in advocating for the civil-rights of people, regardless of their sexual orientation.

Luke Geraty is a young budding pastor/theologian who serves at Trinity Christian Fellowship. Husband of one, father of five, and deeply committed to proclaiming Jesus and the kingdom, Luke contributes regularly to ThinkTheology.org, VineyardScholars.org, and Multiply Vineyard. You can follow Luke on Twitter or Facebook. Interested in having Luke speak at your church, conference, or small group? Send him an email!