Is the kingdom of God coming? Has it already come? Is it the church? Is it in heaven? Many questions still abound in regards to the nature of the kingdom of God and I’ve argued that I think it’s important for those of us in the Vineyard to have a robustly informed understanding of our theological framework because it provides the contours as to why we “do the stuff,” as John Wimber used to say. 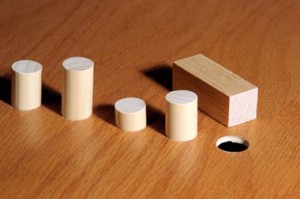 In this post I want to briefly (ha!) explain some things about Inaugurated Eschatology, specifically as understood in “classic” Vineyard values, and why it is incompatible with Classic Dispensationalism (CD). I, and many others, have been surprised to find that there are some in the Vineyard who appear to either be unaware of the in’s and out’s of how the Vineyard has, via the influence of George Ladd, understood the kingdom or are unaware of what Classic Dispensationalism teaches that undermines the very foundation of our values and praxis (previously I stated that I was shocked to learn this and that feeling still stands).

Let’s back up for a second though. Before explaining why CD is incompatible with Vineyard kingdom theology, I want to talk a bit more about our understanding of the kingdom of God, which I’ve previously called the Upside Down and Now Not Yet.

If you want to have a better understanding of the theological foundation for the Vineyard’s understanding of the kingdom, you must consult Ladd’s The Presence of the Future or the earlier written The Gospel of the Kingdom. Ladd’s work is pretty technical and scholarly, especially in The Presence of the Future, but this is our theological heritage (if you want to read Ladd’s theology for “normal-every-day-non-theology-geek-users-of-big-words,” check out the absolutely excellent book by Robby McAlpine, The Genesis Cafe). The Vineyard movement, along with all of Evangelicalism, stands on the shoulders of George Eldon Ladd (cf. A Place at the Table).

This undermines core values of the Vineyard. Within CD, there is no now there is only not yet. That is why the early advocates of CD were, by their very nature, Cessationists. According to CD, the “kingdom of God” was offered by God to Israel at Jesus’ first coming but they rejected it and so the “signs” and “evidences” of the kingdom of God have been put on hold until the end of the church age. This is standard within CD (cf. Ryrie’s Dispensationalism or the Scofield Study Bible). Notice that this is radically different for how the Vineyard movement has approached the kingdom of God. If CD places the kingdom of God as completely future and the Vineyard understands the kingdom as inaugurated at Jesus’ first, there’s a radical difference. Yet there are some who do not see a problem with integrating a dispensational hermeneutic with a Vineyard hermeneutic. Houston… we have a problem.

We need to understand, quite frankly, that we are talking about hermeneutical approaches to the Bible. Dispensationalism is a way to read Scripture, as is a kingdom hermeneutic (cf. a Vineyard hermeneutical approach here). Dispensationalists, like all other interpreters, start reading Scripture with ideas or, as Anthony Thiselton writes, start at “horizons.” The issue is that the lens by which CD advocates read Scripture undermines and actually rejects the way that the Vineyard has historically viewed the kingdom.

As I’ve observed what others are saying about Dispensationalism and Vineyard theology, I’ve come to realize that there are still many who do not quite understand the historical context in which the Vineyard came out of. Prior to John Wimber having his theological world awakened to the kingdom of God, Ladd had essentially taken on Dispensationalism and rescued Evangelicalism from it’s tight grasp (cf. A Place at the Table). That way when Wimber started reading Ladd, not only was it allowable to be a non-dispensationalist, it was actually encouraged by many with Evangelicalism!

Classic Dispensationalism and the the Vineyard’s value of the kingdom of God are mutually exclusive. They are incompatible. Derek Morphew writes:

“Dispensationalism and cessationism combine to reduce what people expect today when they pray, “Your kingdom come.” If signs and wonders ceased with the apostles, then we do not expect them to happen in answer to this prayer. If the church is going to escape from the world, then we have a reduced expectation of world evangelism when we pray that prayer. We need to allow the full revelation of scripture to enlarge our expectation until it is a truly kingdom expectation.” (Breakthrough, p. 97)

“Dispensational thinking and kingdom theology are not compatible.” (p. 164)

I could provide many other quotes from different theologians and biblical scholars that suggest the same but I think you get the point. Though not a Vineyard theologian, N.T. Wright tackles many of the same issues in Surprised by Hope.

First, while there are some very important similarities and affinities between the Vineyard movement and Pentecostalism, it must also be noted that there are differences. While we are all committed to a pneumatic approach to our theology, our theological and practical commitments are not identical. This is covered in Jackson’s The Quest for the Radical Middle.

Second, while the early Pentecostals held to dispensational eschatology, Pentecostal scholars (and historians) now acknowledge that this was a mistake and simply indicative of the fact that Pentecostalism was a tradition that developed out of previous theological commitments (cf. Matthew Thompson’s Kingdom Come; William Faupel’s The Everlasting Gospel; as well as work by Amos Yong, Allan Anderson, etc.). The early Pentecostals were Dispensationalists because they didn’t know any better.

In fact, in the Spirit Filled Life Study Bible, edited by Pentecostal Jack W. Hayford, the following statement is made in the section “In Studying the Book of Revelation”:

“Interestingly, many of Pentecostal/Charismatic tradition interpret Rev’ and Daniel from this dispensational view, even though such an interpretive approach anywhere other than in prophetic scripture would dictate a denial of the ] manifestation of the gifts of the Spirit.”