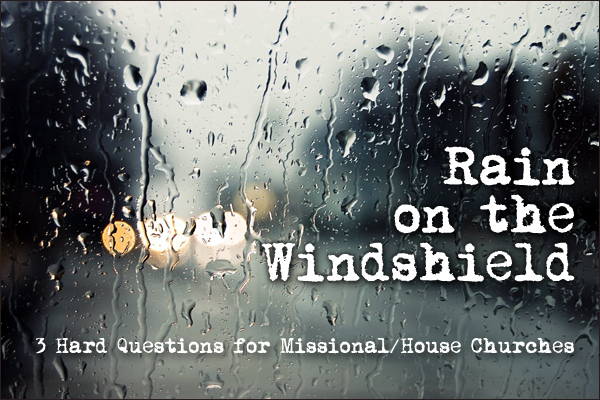 The door of the dingy pub closed sharply behind them, perhaps aided as much by an aversion to natural light and fresh air, as by the damp and chill breeze that suddenly swirled down the street. Sealed now against outside intrusions, the effluvium of alcohol and a large number of hard-working bodies – along with the accompanying noise of laughter and conversation – was gone as if it had never existed.

The Younger and the Elder instinctively burrowed a little deeper into their coats, as a sudden gust of frigid air, bringing with it the beginning of a cold rain, pushed against them. The Elder fumbled with stiff fingers for the correct key to his car, pretending not to hear the Younger muttering darkly about remote entry systems. With a popping sound, the locks released, and they quickly ducked into the cold, but thankfully dry, environs of the vehicle.

“Maybe I’ll regret this,” began the Younger, as he gestured towards the pub they had just left, “but I wanted to ask you what you meant back there about how ministry to the poor was another reason why a totally ‘flat’ structure in leadership wouldn’t work.”

The Elder started the car and set the climate controls to ‘heat’, although it would typically take quite awhile for the ancient vintage vehicle to warm up.

“Well, it brings some reality to the well-intentioned idea that a totally flat leadership structure is even possible (which I doubt), where even assuming it were possible, it still might not be wise.” Although he had begun his answer looking straight ahead, gazing at the size-able raindrops being teased across the window by the cold wind, he turned to look his young friend in the eye at the end, as if to emphasize wise.

Schooling himself to not break the steady gaze of the other, the Younger replied, “Help me understand.”

“Okay,” agreed the Elder, nodding and shifting his gaze back to the sight and sound of the rain pelting the windshield. “Let’s start by assuming that you’re involved in a regular, ongoing ministry among the poor, versus the normal practice of Christian suburbanites making the occasional ‘church field trip’ into the less economically fortunate areas of town.”

The Younger nodded without speaking; the Elder’s thinly disguised impatience for what he called ‘field trips’ was familiar territory for them both. It was all part of their larger discussion on the topic of being ‘incarnational’.

“Well,” continued the Elder, “if you are expecting to have a regular, incarnational – or ‘missional’ as you young people like to say – presence among the poor, it would only make sense that they would be considered part of your community, and not just one of your ‘projects’, eh?”

Again, the Younger nodded and waited, although for a moment – but only a very brief moment – he felt a mild annoyance at how long it was taking the Elder’s car to warm up. Cold air wafted over him from the ‘window and foot’ setting.

The Elder spoke again. “People are poor and/or homeless for quite a wide variety of reasons, of course, but one of them is mental illness. Most of them often resist medication even when it’s available, and many others remain undiagnosed. You follow me so far?”

Again that look, before the Elder once more resumed his lecture directed at the windshield. “What would untreated – or undiagnosed – mental illness do to a flat leadership structure? A round table where everyone’s voice is equally valid?”

The Elder paused for a moment, chewing reflectively on the inside of one cheek. The Younger knew that his friend had strong feelings about his involvement with the poor and disenfranchised of their city, and that one of his recurrent beefs was the condescending attitude of ‘field trippers’. The Younger instinctively felt the Elder’s uneasiness in giving his blunt assessment.

Finally, the Elder spoke again, a little softer, “We can learn from the poor, yes. According to Matthew’s Gospel, we serve Jesus when we serve the poor.”

“But anyone who sincerely believes in a flat leadership approach must also include the mentally ill in the group’s decision-making. And, frankly, there will be some – if not many – situations where that would be inappropriate.”

“And so,” he continued, exhaling a deep breath that clouded the windshield, “even if a flat structure were possible – ignoring for a moment that there will always be people who seek to elevate themselves even in a so-called ‘flat’ setting, becoming quite manipulative in the process, to preserve the façade of being a round table – it would not be wise, unless you plan to keep the poor out of your communities.”

“Sort of like creating a missional ‘court of the Gentiles’, eh?” suggested the Younger, carefully. He was intrigued by his friend’s uncharacteristic reticence, especially on the subject of the poor. “I think I see what you’re getting at; basically, you’re saying that a round-table or flat leadership structure only works if everyone is exactly the same. So, again, help me understand – then why are people so set on having a group without leaders, if it’s not really possible? Or wise?”

The Elder started suddenly, as if jarred out of distracting thoughts elsewhere. The Younger belatedly realized that the heater was finally working, and that they had fogged up all the windows. Putting the car into gear, the Elder smiled and quipped, “This is how rumors get started,” before easing into traffic.

“Fear.” He said suddenly, as they navigated the turning lane.

“And distrust,” he added a moment later, before the Younger could comment. “Fear of being controlled, and distrust of others, for the same reason. And neither is a good motivational emotion for choosing – or rejecting – a leadership structure.”

And as the rain continued to pelt their windshield, bravely held at bay by the squeaking wipers, they continued on in silence, each deep in their own thoughts.

Questions we need to wrestle with:

1. How much of our desire for a different leadership paradigm comes out of a need to protect ourselves?

2. How will we integrate the marginalized into our community gatherings (church or house group)? The addicted? The mentally (maybe undiagnosed) ill?