Brothers, we are not Kings! 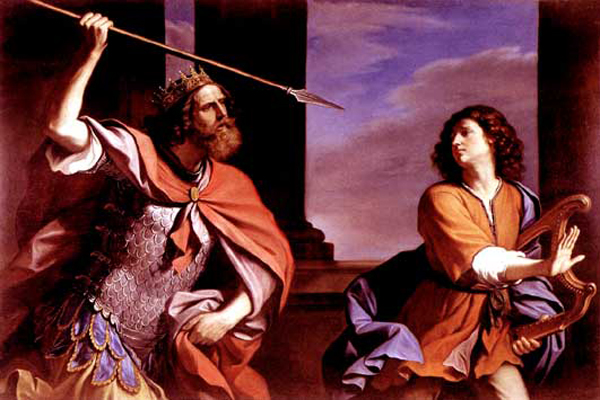 Hopefully, if you’re in pastoral work (or you work on a ministry staff at a church) you’ve read John Piper’s great book, Brothers, We are not Professionals and have embraced his conclusion that …

But there is more to be said about what we are not as we contemplate images of Christian ministry in the Body of Christ. In order to work through this post, I’ll share a brief reflection on my own past, and a few conclusions that I hope will be edifying.

I recall in my own pastoral experience, when I was much younger, an episode with a senior pastor who, in a moment of frustration, anger, and mistrust, reacted toward me in a way that was incredibly destructive. In the moments that followed, through his tears and apologies, he said these words…

A ‘Saul’ has come between us. 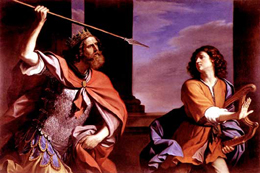 A Saul has come between us?

What in the world was he talking about?

Though we never followed up so that I could ask about that particular statement, I’m sure that what he meant was something like…

I have, in my own insecurity and suspicions about you, reacted in anger and jealousy — like King Saul did toward the young David.

Many of us have read Gene Edwards’ great book, A Tale of Three Kings. In that book, Edwards discusses human brokenness, and how that brokenness is manifested in various leadership dangers, toils, and snares using the life-stories (and relationship drama) of Saul, David, and Absalom.  I have to say two things right up front about that book.

Brothers, we are not Kings.

It was over a decade ago that I sat down to think more carefully about that episode with the senior pastor who said “A Saul has come between us,” and why a pastor would use the analogy of Saul and David to describe our relational dynamics. I came out of that season of contemplation with a few convictions. Those are the substance of the rest of this post.

If you don’t look at yourself as a king, you’ll never have to worry about an Absalom hiding in the shadows, or a young and charismatic David trying to usurp you.

Okay, stop, go back, and read that again.

If you’re using a Saul/David/Absalom model to evaluate your staff relationships, and you advocate that view, then your associates will always see you as Saul when you try to give them direction, and you’ll always see them as Absalom when they begin to venture out on their own.

If you insist on forcing the Saul/David/Absalom model on your staff, all of you will always be looking over your shoulder for the next spear, or planning your strategy to deal with the next uprising.

Instead you should spend your time training your staff to fulfill their calling (which may actually mean that they won’t always work with you…or for you as some of you are fond of saying).

I don’t believe this model is an appropriate basis for shaping or interpreting church leadership.

The Church is not to be analogized as the kingdom of a man, where the Senior pastor is the King (And always King David, because of course, you could never be a Saul!), and the associates are his loyal governors who exist to do his bidding, and the people are his subjects.  That creates an atmosphere for treachery and mistrust.

The church only has one King, and that is the Lord Jesus Christ.

Senior Pastors, beware of making yourself the virtuous David, and your Associates the treacherous Absalom just because they have the capacity to do great things for God, and happen to want to be a Senior Pastor some day.

You want to be a senior pastor, don’t you?

Didn’t you want to be a lead pastor?

Isn’t your desire to do it a huge part of the reason you’re doing it?

Why ascribe twisted motives to the men who work with you because they want to do what you want to do?

Why are their motives twisted and yours pure?

He that desires the office of an overseer desires to do a good work!

Associate Pastors beware of making yourself the virtuous David, and your senior pastor the vile Saul, just because they are trying to help you grow and putting necessary controls and structure into your life.

You don’t know everything do you?

You could learn a few things from the pastor you’re now working with.  So learn, but don’t throw your vision to lead away.  It’s God-given.  It’s not evil to want to lead people in the Kingdom of God.  It is evil to want to rule them as though the church is your kingdom. And it’s evil to go around telling yourself and everyone else that you would be a much better pastor than your pastor if only you could be in charge.

See. All this thinking like Kings who either sit on the throne, want to inherit the throne, or are trying to usurp the throne (the throne — known as the Lead-Pastor position in the church) creates a sick mess!

We are all under-shepherds.  There is no “senior pastor/associate pastor” language in Scripture.  If you’re looking for a model, use Paul and Timothy.  An older brother who took a younger brother under wing, and released him to fulfill his great potential, instead of building his personal kingdom on the back of a gifted young man, while chiding him for having his own sense of calling and vision and giftedness.

The Church is not to be envisioned as a Kingdom over which the Pastor is King. Rather, it is a pasture with sheep that need a shepherd who knows how to take care of them and feed them.

You, dear brother and friend, are not a king.

The church is not your kingdom.

The Pulpit and sanctuary (or worship center, or auditorium, or whatever you call it at the church you serve) is not your throne room.

Brothers, we are shepherds. We are not Kings.