An Interview w/ Marc Cortez on Blogging, Evangelicalism, and the Holy Spirit, pt. 3 of 3

If you’ve missed part 1 and part 2 of this interview, be sure to check those out. This is the third and final installment of my interview with Dr. Marc Cortez of Wheaton and Everyday Theology. Feel free to share your thoughts or questions in our comment section as we’d love to hear your thoughts here at ThinkTheology.org (seriously, they are totally welcome!). 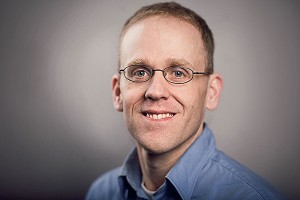 Luke: So Marc, you had some great thoughts in regards to the recent Strange Fire Conference and the Pentecostal/Charismatic Movement (which, by the way, linked here). Earlier you noted that Pentecostals are getting more interested in theology. In your estimation, what positive contributions to pneumatology and/or biblical studies have Charismatics made? And in what area can evangelical Charismatics improve upon (notice I am talking about non-crazy-non-word-of-faith types)?

Marc: In theology, I think everyone would agree that the Charismatic movement generated more interest/attention on the Holy Spirit than almost any other period in church history. People often talk about the “trinitarian revival” of the 20th century, but you could similarly identify a revival in pneumatology as a locus of theological reflection spurred largely by the charismatic revival.

At the same time, though, I think we do need to be careful here. Some people make it sound as though pneumatology was virtually non-existent in earlier periods. That is simply untrue. All of the major Christian traditions have robust pneumatologies and long histories of pneumatological reflection. But I think modern developments have caused us to think about pneumatology in certain ways, with a strong emphasis on particular experiences. Since earlier theologies approached pneumatology differently (esp. those who take a highly sacramental approach to the work of the Spirit), people tend to think they excluded the Spirit. As with the trinitarian revival, the key is to appreciate the emphases and trajectories of modern theology without downplaying the significance and depth of earlier approaches.

Within biblical studies, you can say much the same thing. It’s difficult to look at pneumatology today and not recognize the huge impact of scholars like Gordon Fee, Graham Twelftree, and Craig Keener. And if you broaden the definition of charismatic to anyone who affirms and participates in speaking in tongues, then you would add scholars like N. T. Wright and Ben Witherington. In many ways, modern NT studies have been shaped by charismatic biblical scholars.

The main area of needed improvement is continued theological growth. Despite their contributions, pentecostals and charismatics are still under-represented in biblical/theological circles. And to a large degree that’s because many of them still view scholarly work rather skeptically as an approach to Christianity that is intellectual, impractical, and non-transformative. That same mentality exists in many of the baptist and independent church circles that I grew up in, so I understand the dynamic (and the concern). But the movement already has fewer Bible/theology scholars than it needs, and the probably gets worse every year as its overall growth is rapidly outstripping its ability to produce well-trained leaders and thinkers.

And I would also like to hear more sustained critiques of the radical aspects of the movement. I’m not an insider, so maybe more of this is going on than I realize. But I worry that the primary critiques seem to be coming from outside the movement. That’s rarely all that helpful. And given that the people/churches in need of critique are numerous, wealthy, and influential, it’s going to take disciplined and sustained critique from within to produce the necessary changes.

Luke: Thanks, Marc. Wonderful advice. Before we let you get back to your important work at Wheaton, would you mind sharing with us your favorite books on the Holy Spirit? What has helped you the most and shaped your views?

Marc: Well, my favorite book on the Holy Spirit would have to be the Bible, of course! Seriously, though, I do think that we need to be careful to makes sure that our pneumatological reflections stay grounded in how the Bible talks about the Spirit. For some reason, pneumatology generates more theological speculation than some other doctrines. I’m actually not opposed to creative theological thinking, but we need to stay rooted in the text at the same time.

Beyond that, here are some of my other favorites. And to keep the list from getting too long, I’ll limit myself to five.

Luke: Marc, thanks so much! You’ve shared so many helpful thoughts for our readers!