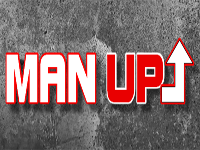 In the past three posts (here, here, and here) I have made three basic observations:

1.  Typical Imbalances: A man may struggle to mature because he has not sorted out his view of true manhood.  Therefore, many men embrace, and try to function with an imbalanced extreme such as (a) Passivity, (b) Machismo, or even (c) Feminization.

2.  The Power of  “Daddy Issues”: The way a man processes his own image of manhood/masculinity is tied to the father-image.  That image may flow from (a) Adam, the original and fallen father of the human race, (b) Satan – the father of lies and spiritual rebels, (c) a natural father who may or may not have modeled balance, (d) spiritual fathers and mentors, and ultimately (e) the Heavenly Father, God.

3.  Boys-to-Men: True maturity in manhood will never be realized by men who (a) cling to a fundamentally immature thinking process, (b) make immature conclusions, judgments, and opinions based on immature thinking, and (c) continue to communicate and express themselves in immature ways toward those around them.  In other words – you don’t grow up and become a man until you put “childish ways behind” you.

Where from here? – SIX COMPONENTS OF MATURITY FOR MEN

In this post I want to try to build a profile of true maturity as it is reflected in each man’s identity (regardless of his particular personality).

I will do my best to build the profile as an inter-dependent set of virtues and traits, rather than just cherry-picking random ideals that don’t really fit together.

I will also try to include some practical ways in which men can transition from immaturity toward maturity in each component (key: look for all the underlined words for the “how” – beyond the “what”).

With that in mind, I think the FIRST of six components in the profile of a mature man has to be…

1. Responsibility:  A mature man accepts both the weight (burden) and the consequences (outcomes) of the choices he makes.  Oh, and he actually makes choices, and takes initiative (action) rather than dumping those… responsibilities on someone else (i.e., wife, mommy, etc.).

When he looks in the mirror (as it was reflected to me by a friend last week), he says to himself –

“You (insert your name here) will finally grow up when you accept complete responsibility for both your successes and your failures… YOU, and no. one. else!”

2.  Accountability:  If a man is responsible, then he is also answerable for his actions.  A mature man makes himself accountable to others.  He allows others to hold his feet to the fire, and to speak into his life – to tell him how he is doing.

If he says, “I will do X”  then he expects to give an account for whether or not “X” gets done.  Many men fail to mature because they fail to accept the follow-up input that they receive (from parents, wives, friends, co-workers, and bosses).

A man who is irresponsible will not let himself be held accountable.  That is because he lacks the third component of maturity…

3. Humility:  A mature man – though he is strong, is not afraid of admitting he was wrong, weak, or needs help.  “Pride cometh before destruction” is God’s warning to the immature (Prov. 16:18).

He also does not live for ego-strokes and the coddling that proud men need to keep our big heads inflated.

4. Security:  This is very different from pride.  Pride is foolisly arrogant, and says “I can do it” when it cannot “do it.”  Security is not afraid to say, “I need help,” or “I can’t do that,” or “I think that’s outside my area of expertise.”

There is a very strong link between pride and insecurity.  Many insecure men are not so much self-doubters (though there are some who are) as they are self-obsessed.  This manifests in men when they are constantly looking for affirmation.  The fuel that keeps insecure men going is the accolades, compliments, affirmation, positive feedback, and “you’re my favorite”  input.  (see the wikipedia article on Narcissism for a description of this)

The self-talk in the heads of insecure men who need constant affirmation is “Well, I know I’m great – but if you don’t constantly agree with me by telling me how great I am, I’ll just cave in.”

In a very real sense, we could say that some of the most insecure men around are also the most prideful men around.  Their pride manifests itself in a constant need for affirmation by others.  If they don’t get the ego strokes that they live and breathe for, they throw fits, pout, stomp around, and use anger to get other people to cave in to their need to be affirmed.

Insecure men want to be all-grown-up, so they take risks or try to do things beyond their capacity.  A secure man is not trying to live up to his self-imposed expectations.  He is living securely within the bounds of his limitations, and is okay with that.  SO…

Because he is secure, he is not ego driven (proud), and because he is humble he is not afraid to be held accountable for things that are his responsibility.

A mature man (because he’s secure, humble, accountable, and responsible) does not typically get in over his head in the first place!  He imposes restraint and sober-mindedness on himself if he is mature.  If he is immature, he thinks he can handle it because he foolishly believes that he is immortal, and indestructable.

Failure and pain will be the substitue-teacher of any man who refuses to be instructed by wisdom’s calm restraint.

The root word of integrity is “integer” which is a whole number.  The idea behind the word integrity is wholeness, soundness, completeness, and freedom from corruption.

When I was a younger man, one of my mentors shared with me the concept of the “Fractured Bow” to illustrate lack of integrity.

The bow – as it just sits there before you looks beautiful and even lethal when you think of loading it with an arrow and shooting it.  But within the structure of the bow there is a fine fracture… a crack.

It is only when the archer pulls on the bow and exerts pressure that the crack inside is exposed.  The bow splinters in the archer’s hands and becomes worthless.  Such is a man who lacks integrity.

On the outside – when there is no pressure, when all is well, he looks good.  But when life’s pressures are exerted on him, his inner cracks betray him.

Every man has flaws in his character.  Those stem from our sin nature as well as repeating destructive behaviors.  But a man who desires integriy – a man in pursuit of maturity will seek healing and restoration in the broken places of his character.

1.  Always tell yourself and others the truth.
2. Keep your word if you say you’re going to do something.
3. Never commit beyond your true ability to perform a thing.
4. Don’t change your values or convictions depending on the company you’re in.  Be the same man no matter where you are.
5. Be willing to earn trust even if you think you already deserve it.
6. If you fail, take responsibility instead of blaming others.
7. Do not use deception to motivate people or manipulate people.
8. Realize that even when you are all alone, God is with you and sees you.
9. Ask youself “how would my wife, my friends, my children, my pastor, those who love and respect me feel if I did that and they found out about it?”
10. Consider how your actions will affect the other people in your life if you carry them out.

Here are things that people say about men of integrity:

– He’s trustworthy
– You can depend on him
– He is honest
– He says what he means, and he means what he says
– He is the same guy no matter where he is
– He will not lie to you or try to put one over on you
– He will not stab you in the back
– He does not compromise his convictions under peer-pressure
– He doesn’t follow the crowd – he leads the pack
– He can keep confidences and be trusted with sensitive communication

A man of integrity typically has the 6th and final component in place:

6. Selflessness: God’s love is selfless love.  It is sacrificial and giving.  That is why it is the single biggest struggle men have, and the reason why God has to instruct men to pursue this kind of love in their most intimate relationships.

Immature men tend to be self-preserving, self-promoting, and self-serving.  Don’t forget, the “love chapter” (1 Cor. 13) where Paul says “I put childish ways behind me” is right in the middle of a discussion of the misuse of spiritual gifts in the Church at Corinth.

These first-centruy believers even used their spiritual abilities to promote self, and Paul has to “show them a more excellent way.”  The way is LOVE, selflessness, servanthood, humility, and a desire to seek the good of others rather than a platform for self (ego).

Most pre-marital couples will say “I love him/her” when you ask them “why do you want to marry this person?”  What they often mean (because they are still immature) is, “I like what he/she does for ME, and how he/she makes ME feel, and the benefits of having her/him in MY life, and what I will gain from the relationship.  That is a kind of love, but it is not mature love.

Mature love says, “I have resources, I have substance, I have vision, I have character, I have a full heart, and I want to give it to that person so that they can be fulfilled.”

When a man says “I don’t love you any more” to his wife, he is saying, “you no longer give me what I want or need.”  He has revealed the empty and corrupted type of love he had for his wife.

A mature man seeks to better himself, to become educated, stable, secure, safe, and filled with substance – so that he can become a resource to others.  An immature man is empty and needy, and gets involved in just about everything because of how it benefits him.

When he says “I love her” he is saying, “she gives me what I need in order to satisfy my emptyness.”  That is is primary motivation.

In Reverse – In Summary…

A mature man is characterized by:

1.  LOVE: Is full, substantive, selfless, and his love is demonstrated by his sacrificial desire to bless.

2.  INTEGRITY: Because he is not in it for himself, and he thinks about how his actions will affect others, he is trust-worthy and dependable.  He keeps his word becasuse he knows that his choices have consequences.

3. SECURITY:  Because his character is in tact, he does not live in fear of how others will perceive him. He is secure and confident in his strengths, and honest about his limitations.  Where he is strong, he excels, and where he is weak, he asks for help.  That is because he has nurtured…

4.  HUMILITY:  He has told himself the truth about himself, and does not under-play his weaknesses, or over-play his strengths.  He is consistent.

5.  ACCOUNTABILITY:  He realizes that his actions affect others, and gives them the right to speak into his life.  He learns from the input he receives, and he grows (up) because he takes the input seriously (even if it is not always given in a constructive way).  That is because he realizes that a mature man embraces…

6. RESPONSIBILITY:  If he fails, or if he successeds, a mature man looks himself in the mirror and says, “You made choices, you took action, you embraced certain mindsets, made certain judgments, and set out on the course that got you right where you are.”  Whether he succeeds or fails, a mature man takes complete responsibility.

I need to stop now before this becomes a book.

Pressing toward maturity with you, my brothers…