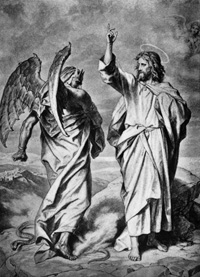 I have a personal conviction that one of Mark’s objectives in his gospel project was to present Jesus as the “Heavenly man of the Spirit.” Consider a few insights into Mark’s “spirit language” and see what you think.

Second there are ten references to “unclean spirits,” which are unambiguously presented as the source of either spiritual, psychological, or physical maladies and infirmities, and in some cases combinations of problems affecting their human victims on one or more of these levels simultaneously (Mk. 1:23,26,27; 3:11,30; 5:2,8, 13; 6:7; 7:25).

As an aside, it is my belief that unclean spirits (πνεύματα ἀκάθαρτα) are actually demons (δαιμόνια), which are also referenced ten times in Mark’s Gospel (Mk. 1:32,34,39; 3:15,22; 5:18; 6:13; 9:38; 16:9,17),  and which can be seen to affect their human victims in the same or similar ways as the unclean spirits.  Therefore, I believe that the two terms may be used synonymously though they are never used side-by-side in a single verse in Mark. However, for the purposes of this section of the post I primarily call attention to the texts that call them “unclean spirits.”

Third, there are three references to what we might term the “human spirit,” or the spirit of a person in Mark’s gospel. In two cases, the person whose spirit is referenced is Jesus himself (Mk. 2:8; 8:12).   In the third and final case, Jesus seems to be making a general reference to the disciples’ spirits, or perhaps more generally to the spirits of people, as he contrasts their spirits with their flesh as a way of drawing attention to the source of human weakness in times of prayer, testing, and temptation (Mk. 14:38).   This particular reference suggests that there are material and immaterial components within the human identity which affect human behavior in different ways, and which may, depending on a variety of variables, lend themselves to either willingness or weakness when faced with certain difficulties, and which may at times be out of sync with one another.

To summarize these three categories of pneuma into a cohesive statement about all of them together, I suggest that Mark’s references to pneuma indicate that…

There is first a divine (Holy) Spirit – who is God Himself. Second, there are also evil or unclean spirits (which are demons) that exist as conscious, personal, and volitional entities. Third, and finally, each human possesses his or her own spirit as well, which is unique to that person, and which is an integral part of their individual human identity. 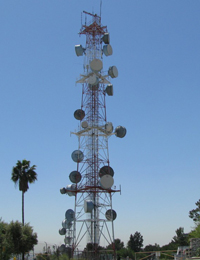 Finally, in the case of people, of which there are the fewest number of references in Mark, the human pneuma may be seen as a seat of supernatural perceptiveness (Mk. 2:8), a source of great emotion (Mk. 8:12), and as a repository of strength, which enables humans to overcome weakness in times of testing and difficulty (Mk. 14:38).

These various ways of understanding the concepts associated with pneuma are neither unique to Mark in the scriptures, nor extra-biblical writers, thinkers, or ancient philosophers.  For instance, within the New Testament, “spirit” is frequently used as a reference to God Himself, especially when dynamic supernatural expressions of power, miracles, abilities, and influence are said to originate with Him (Acts 1:8; 4:31; 13:2,4; 19:6, Heb. 2:4; 2 Pet. 1:21, etc.).

The Holy Spirit, the pneuma of God, is not, however, presented in the New Testament as an impersonal force of power (such as the Star Wars idea of “The Force”). The pneuma of God is instead presented as a “He,” which is not a reference to gender, but rather an indication of personhood in contrast with non-personhood (Jn. 14:26).

These insights into New Testament understandings of the Holy Spirit as God Himself help the reader of Mark’s gospel to understand that the way in which Mark features God working through Jesus was by the Holy Spirit.

Additionally, pneuma is used in other New Testament texts to refer to demons, and even Satan himself (Eph. 2:2; Acts 16:16 ).

There are also references to pneuma that, as is the case in Mark’s gospel, have reference to human identity and even internal dispositions, attitudes, emotional responses, or motivations (1 Cor. 4:21; Eph. 4:23; 2 Tim. 1:7, 4:22).

Perhaps all of these insights into New Testament understandings of pneuma, including those featured in Mark’s gospel may help to shed light on Paul’s reference to διακρίσεις πνευμάτων (“…the ability to distinguish between spirits”) in 1 Cor. 12:10.  This may then provide a remote context for understanding two events in Mark’s gospel where the source of Jesus’ power was questioned (Mk. 3:22, 11:27).

In his description of various gifts of the Holy Spirit, Paul presents one of them as the capacity to discern between spirits (pneuma) as a divine enablement that comes from God’s own Spirit.  Why would there be a need for such a divine enablement? It is not difficult to imagine a circumstance among early believers (and present-day Christians as well) where there is a pressing need to know: “Does this phenomenon that we are witnessing originate from God’s Spirit, an evil spirit, or simply the human spirit, disposition, or attitude of this person we see before us?”  Rather than seeing this spiritual gift as the capacity to recognize, and then cast out a particular spirit (i.e., a “spirit of this” or a “spirit of that”), it might be more helpful to see this gift as the Spirit-birthed capacity to know the original source (πνεῦμα) of a spiritual phenomenon when it might not be so obvious. By way of correlation, it seems likely from Mark’s Gospel that a lack of Spirit-enabled discernment (or spiritual blindness as the case may be) was possible even among those who witnessed the supernatural deliverance ministry of Jesus first-hand (Mk. 3:22, 11:27-33).

In these texts Mark is careful to include this lack of discernment on the part of Jesus’ accusers in his narrative. In these examples, Mark wants the reader to understand that Jesus was operating under the power of the pneuma of God (in contrast to an evil spirit, or even Satan himself), which also excludes any notion that he was functioning out of the charisma of his own human spirit – especially as it pertains to miracles, healings, casting out demons, and other supernatural manifestations in the life and ministry of Jesus.

What do you think? Had you ever considered Mark’s pneumatology before? What can you add? What do you see differently? Jump in to the comments below.