Towards an Evangelical Identity: Bebbington vs. McGrath vs. Noll 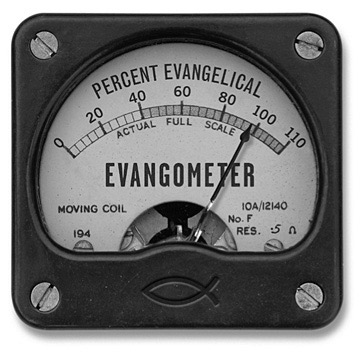 The current class I’m taking at the University of Birmingham (UK) has been focused on the history of Evangelicalism. We spent some time reading through David Bebbington’s classic Evangelicalism in Modern Britain, Alister McGrath’s Evangelicalism & the Future of Christianity, and Mark Noll’s American Evangelical Christianity. My professor, the esteemed Dr. Allan Anderson, prompted reflection by asking what were the differences and the similarities between these three authors. Here’s how I think through the differences and similarities between Bebbington, McGrath, and Noll…

First, finding differences between the definitions for Evangelicalism by Beggington, McGrath, and Noll is more difficult than finding similarities. In my reading, I’d suggest that Bebbington appears more historical, McGrath more doctrinal, and Noll more political. What I mean by this is that Bebbington lays out a more detailed exposition on how Evangelicalism has been characterized throughout history and sees the movement through the lens of four qualities (conversionism, activism, biblicism, and crucicentrism). This approach is, in some ways, the path of least common denominator and, perhaps, a great starting point towards defining Evangelicalism. It also seems important to note that Bebbington seems to focus on Europe and the United States as opposed to global Evangelicalism, which makes sense since his book is focused on modern Britain.

It appears that McGrath would suggest that Bebbington’s four qualities need some explanation. How is an Evangelical committed to Scripture? How do Evangelicals think about the Holy Spirit? McGrath sees answering these questions, and several more, as important towards defining Evangelicalism. Furthermore, McGrath acknowledges that significant contributions that the Pentecostal and Charismatic movements have made upon Evangelicalism. Bebbington and Noll both gloss over this important fact. McGrath clearly has an appreciation for Anglicanism and Reformed influences, while also acknowledging the wider global influences within Evangelicalism. Bebbington and Noll appear to simply give a nod in this direction.

How are these authors similar? While all three authors acknowledge similarities between the different traditions with Evangelicalism (e.g., Baptists, Presbyterians, Wesleyans), they also note the great diversity. While all Evangelicals are generally committed to the four qualities that Bebbington provides, they are clearly diverse in perspective of what those qualities look like and how they are best expressed. This is an important concept. In fact, each author took care to note the diversity with Evangelicalism multiple times.

It’s also important to note that all three authors clearly envision Evangelicalism as a movement that is both “head and heart.” The qualities of Evangelicalism are both intellectual experienced as well as internally experienced. Evangelicals, according to Bebbington, McGrath, and Noll, are generally committed to both mental assent and emotional response.

What do you think? Do these explanations of Evangelicalism resemble your understanding of this Christian movement/tradition?