The Art of Talking Smack on Video Games 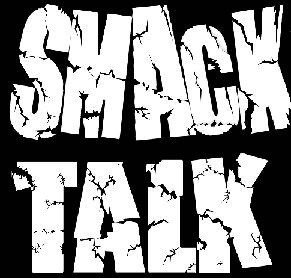 Before I had the most blessed honor of marrying my wife, Dawn, she informed me that we had to register for wedding gifts. This was an exciting time for me, as I was extremely interested in plates and cups and dish patterns and kitchen appliances. In fact, I was so excited that I simply followed her around the different stores we were registering at and scanned whatever she told me to scan. My input was simple, “Whatever you want!” I only had one thing that I wanted to get on my wedding day besides a wife. So I made sure to scan whatever she wanted and to offer no suggestions regarding any of the different things we were supposed to register for until we got to Target.

We started our wedding registry at a variety of different fun stores like J. C. Penny (by “fun” I mean to imply “not fun at all”). We left Target for last. After we spent a really fun two hours scanning plates and cups and toasters and place mats (see previous comment on “fun”), I told Dawn I wanted to register for something. She said, “Really? Awesome!” I think she felt like I wasn’t participating by all of my supportive “whatever you want, Dawn” comments. So she asked me what I wanted to register for. I had her follow me into the electronic department and she watched as I scanned a Sony Play Station 2. Yes, you read that correctly. The only thing I wanted out of this wedding was to marry my best friend and to get a video game console.

Over the years, I’ve played a number of games and have even transitioned away from the Play Station and now use the Xbox 360. My favorite games are first person shooters, especially Call of Duty Black Ops 2. I don’t waste my time playing the story modes; I go strictly online and play hardcore Team Deathmatch. Basically you are on a battlefield with five others and you are playing against six enemy gamers. Oh, me? Yeah, Prestige Master. No big deal.

(1) Never talk smack unless you can back it up. This basically means Kathy and Darren aren’t allowed to talk smack… but that’s not the point. The point is that if you are constantly at the bottom of the final score, you should just turn your microphone off. No one wants to hear someone say things like, “Oh, you got owned” if they only killed two enemies and died nineteen times (Kathy, that one is for you).

(2) Use funny nonsensical insults. The key is funny. If the comment isn’t funny, you will just sound nonsensical. But if your comment doesn’t make sense but it is funny, you are entering into the art of talking smack on video games. So, for example, today I was talking smack about video games on Facebook and I told a salamander booger snatcher (see, that’s funny and nonsensical) that he should stick to collecting pop cans. Now you know you can’t not laugh at that comment. Sure, it’s nonsensical, but it’s funny. Another example would be calling my buddy Darren a pet seal. What comes to mind when you hear the phrase “pet seal”? You think of a seal barking, slapping his flappers together, playing with a beach ball. Game. Set. Match.

(3) Always talk smack in packs. If you are alone in a game room, with eleven other gamers, and you start talking smack, chances are your smack talking will not win. The others are likely friends and no matter how witty, funny, or factual your smack talking is, it will not be received well. Thus, it is best to talk smack when you have a minimum of three friends gaming with you. This is an essential rule to follow. Those who ignore this advice do not last long in the smack talking world.

(4) Use music as opportunities present themselves. Some of the names that other gamers have or the things that they say or do bring to mind funny songs. So if you have an iPhone or any other smart phone, you can easily pull up youtube music videos while you are gaming and play those songs over your microphone in a way to talk smack. For example, my friend PItabread (obviously not his real name) is from Canada. A very effective way to talk smack to him is to simply play the Canadian National Anthem when we are gaming. It’s like saying, “You Canadians are so cute!” or “Canada is great! They invented Canadian bacon” or “If the United States ever gets over-populated, we’ll just move north to the fifty first state, Canada!” You see? The music is a powerful tool of smack talking. Another good example is when I play Chamillionaire’s “Ridin” to my friend Kathy. The song is perfect for her because she is in a wheel chair and the lyrics say, “They see me rollin’, They hatin’ / Patrolling they tryin to catch me ridin dirty / Tryin to catch me ridin dirty.” You see how I did that? The song is about rolling and she is in a wheel chair! Genius!

(5) Use funny accents. People love funny accents, especially if they are good or especially horrible. They can’t be just average. For example, if you are calling someone a pet seal who should stick to collecting pop cans and you say it using a really good southern accent to someone who has a southern accent after they already heard you speaking with your normal accent, game over. You win. The thing about accents is that you have to be careful because accents can go from being really funny to super racist and you do not want to be a racist because everyone who has a brain and isn’t an idiot who is playing video games with you when thing you are an idiot. So you have to be careful with accents. But if done properly, you could be very effective.

But if you follow these simple five steps, you will be well on your way towards creating a beautiful tapestry of smack talking.