On Pulling Back from “Disordering Liturgies”

For the past few months I’ve been thinking a lot about the implications of what James K. A. Smith has recently written in Imagining the Kingdom. He writes,

“Cultural phenomena and systems can be laden with an implicit vision of the good life that is inscribed in the very structure, in the warp and woof, of the cultural artifact itself. In that case, not even the best of intentions on the part of users will be able to undo the teleological (dis) order that is built into the system. Or at the very least, users can severely underestimate the (de) formative power of cultural artifacts, approaching them with just a little bit too much confidence, assured that they are masters of the technology when it might be the technology that is slowly mastering them. Social media— despite the good uses to which it can be put— might be just this sort of disordering liturgy. Signing up for Twitter or Facebook is not a neutral decision to simply employ a “medium”: it is to insert oneself in an environment of practice that inculcates in us certain habits that then shape our orientation to the world— indeed, they make our worlds.” (Imagining the Kingdom, Kindle Edition) 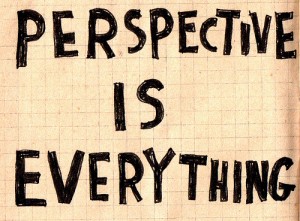 I’m not leaving social media altogether. In fact, I’m keeping my Facebook account primarily because I do use it for a lot of helpful pastoral interaction as well as keeping in contact with friends and family. I’m also keeping my Twitter account because it’s much easier to share little thoughts, Scriptures, or links with people than other mediums. However, Smith’s thoughts on how certain things can become “disordering liturgies” has been rolling around in the back of my head for some time.

For my part, I want to focus my life a bit more. I feel as if I’m being pulled in ten billion different directions and it’s been hard to discern exactly where I am supposed to be and what I’m supposed to be doing and with whom that should be happening. So I’m going to spend some time this summer trying to move from a “disordering liturgy” to a “refocused liturgy” that makes room for breathing and seeks to be more intentional in participating in the explicitly clear things that God has called me to, specifically the following:

(1) Being a better husband to my lovely wife. I want to spend more time praying with her, reading Scripture and drinking coffee together, and dating her.

(2) Being a better father to my four awesome kids. My oldest is going to turn ten next week. I can’t believe it. Where has the time gone? I am not going to be one of those guys that regrets not spending enough time with his children and putting “ministry” ahead of or in place of my family. No sir… not going to happen. This means that I’m going to be drawing some serious boundaries around my life and starting working harder in the next area of focus…

(3) Being a better pastor/leader at the church I serve. I need to spend more time developing people and helping them step into the roles that God has for them. I have to get a team of people who can be focused on discipleship/mentoring/counseling together or I am going to burn out. The needs are constant and the resources are few. Thus, I need to pray that God would provide more resources (people!) and focus on helping them serve. I also want to focus more time on sermon prep.

(4) Being a better missional practitioner. I’ve noticed that I’ve done it again. I’ve gotten to the point where I am around people, specifically involved in meetings and with church folks, that I just want to be alone by the end of the day. I have no hobbies that involve people and don’t do anything social in the community I say I’m called to serve. What’s wrong with that picture? Everything. So I’m going to get serious about making space for some activities that will allow me to rub shoulders with other people who aren’t involved in our church. I have no idea what that is, but I’m praying and looking!

Hopefully I can get more perspective and see where I fit. I have two more conferences I am scheduled to attend and/or speak at this year and that’s it! Next week I head to Anaheim to attend the Vineyard National Conference and in October I’m headed down to the Little Rock, AR area to speak at the annual Association of Charismatic Reformed Churches Conference. Both should be good times and I’m looking forward to learning, growing, and seeing friends. Next year I will not be keeping the schedule I set this year. No. Sir.

If you think of it, please keep me in prayer. I’m excited for this time of looking for a “refocused liturgy,” and I trust God’s guidance throughout!

On a side note, if you get a chance you should check out Jason Clark’s extended review of Smith’s book Imagining the Kingdom. I think it’s splendid.