Was Job “Real Time” Reporting of the Ancient World’s Equivalent of a Hip Hop Battle or Should We Understand it More Theologically?

For a number of years I’ve been wrestling with the Wisdom Literature found in the Hebrew Bible. I don’t mean “wrestle” to imply that I’m struggling to accept what it says, teaches, or records. No, my wrestling has been strictly related to how it is best understood, or better, how it was intended by the Holy Spirit to be understood. I’m pretty content with my understanding of books like Song of Solomon, Ecclesiastes, and Proverbs. The book that I find most interesting and have had the most interest in is Job. Now I realize that some will balk at the inclusion of Job in the genre of Wisdom Literature. I understand. I realize that the vast majority of Job is written in poetry and I conclude that it’s also in that genre too. After all, the Old Testament includes books that have several different genres within them. At any rate, I have had the following questions about Job:

Was Job a real human being that lived in the ancient world or was he a fictional character that the author used to communicate deeper truths about God and his people?

I’ve gone back and forth on this one. I realize that some Christians will find my question extremely troubling because they believe that my questioning the “literalness” is questioning the authority, perspicuity, and truthfulness of Scripture. That’s not my intention at all. I affirm all of those characteristics of Scripture. What I’m interested in is whether Job was a real person. Did he really live? Did God really allow Satan to kill all of his family? Or should we think about it simply as an ancient story that teaches us that bad things happen to good people and that God is sovereign over the affairs of human beings and has a greater purpose (while also demonstrating that Satan is subservient to God)? These are serious questions that I have. I think I lean more towards the idea that Job was a real dude who lived a long time ago, but I’m also fairly open to the book being more “literary” than “literal.” 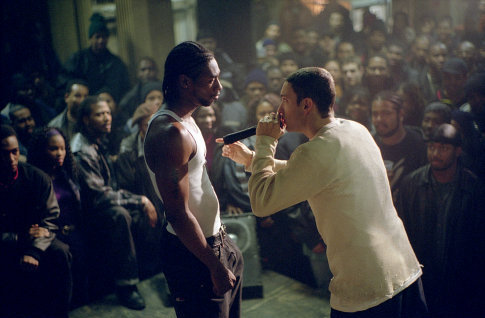 If the book is literal, have you ever noticed that the vast majority of the book is simply conversations between Job and his friends, Eliphaz, Bildad, Zophar, and Elihu? And if you have ever read closely (or have looked at the Hebrew), you’ll probably have noticed that all of the conversations are in poetic form. Does that strike you as a little peculiar? I mean, we have chapter after chapter of people speaking in amazingly complex poetry! One scholar notes that, “a closer look at the poetry yields rich and fascinating dividends because it is a treasure trove of word pictures, metaphors, similes, tightly reasoned logic, prayers, irony, insults, insinuations, protestations, exaggerations, fabrications, and interrogations” (Robert L. Alden, Job, 35).

The Book of Job, as a piece of literature, is amazing. So if it is to be understood “literally,” I always imagine Job and his friends standing in a circle having a hip hop battle. But the main emcee of the story, of course, is God (cf. Job 38-42). He rebukes Job’s friends and Job himself.

So if Job is real, I argue that it’s “real time” reporting of the ancient world’s equivalent of a hip hop battle.

What do you think? Is the Book of Job recording the story of a real person who lived or is it just a story communicating a “deeper truth”?

Earthly riches are full of poverty.