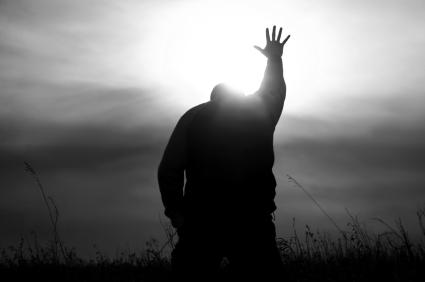 The first year I began pastoring in our community, I had lunch with a guy in the church I was serving. After walking into a restaurant, my friend introduced me to a young man who attended another church in our community. After making some small talk, I remember asking, “What type of church do you attend?” because I was interested in learning more about the other churches. I had recently started attending the local clergy meetings and was excited to work together with other churches.

The young man told me his church was “Pentecostal.” Having spent a number of years being trained in the Assemblies of God and having an equal commitment to the continuation of all the spiritual gifts, I remember saying, “Cool!” Well, that’s when the conversation got weird. The guy started quizzing me about my beliefs, asking me questions that were very abnormal. What did I believe about speaking in tongues? What did I believe about baptism and had I been baptized in “Jesus name”? What kind of Bible did I use? The questions were coming so fast I didn’t have a chance to start answering them!

To be honest, most of the questions were asked in a very patronizing way. It was pretty obvious that this guy did not believe me to be a Christian, nor to have any understanding of the Bible or theological issues (despite the ridiculous amount of money and time I’ve spent trying to learn!). Lord, may I please never interact with people in the same way!

I came to learn that “Pentecostal” means different things in different communities. I had been around evangelical Pentecostals who believed that there was one God who existed eternally as three persons (Father, Son, & Holy Spirit). They emphasized speaking in tongues as a spiritual gift available to everyone but did not ever state that Christians weren’t saved unless they did. I found out that some Pentecostals believed that speaking in tongues and being baptized in the name of Jesus (not in the Trinitarian model of Matt. 28:29-20) were necessary for salvation. These types of Pentecostals also believed that the doctrine of the Trinity was a serious theological error (so much so that it was quite clear that to hold to the historic doctrine of the Trinity was to forfeit my salvation). Or, as James K.A. Smith notes, there are Pentecostals and pentecostals. I think I like the lower-case “p” kind more than the upset and angry kind.

“The grace of the Lord Jesus Christ and the love of God and the fellowship of the Holy Spirit be with you all.” (2 Cor. 13:14)

If ever there was an explicit text that fleshes out the Pauline position on God, here it is. As I noted, this is thoroughly Trinitarian, but it is also thoroughly Christological as well as Pneumatological! That is to say that Paul has a high view of Jesus the Christ and the Holy Spirit. A few things stand out to me when considering the implications of this verse…

“A lesser Christology would have subordinated the role of Christ and the Spirit to that of God the Father. But not so Paul: he desires each person in the divine Triad to bless the Corinthians with that person’s own special attribute. In the present case, what is attributed to the divine threesom is what is most characteristic of their ongoing ministry in the church. Everyone is ultimately predicated on God’s love, which found expression historically through the grace of Christ in his death and resurrection and is now made available to his people through their common participation in the Holy Spirit, who is the Spirit of both the Father and the Son.” (Pauline Christology, 195).

Second, Paul’s thinking on the Holy Spirit is one of personhood, not some neutral spiritual force that flows in and out of people. As the personal pronouns of Jesus demonstrate (cf. John 14:16-17’s use of the pronouns ho and auto), Paul’s Pneumatology clearly indicates that the Spirit is a who not a what. When we reduce the Spirit to a “force” and not a person, we lose the personal aspect of  grieving the Spirit (Eph. 4:30). What’s so horrible about grieving a force? Nothing. But grieving the Spirit of God, who exists as a person? That’s far more weighty.

Third, though related to the previous, Paul’s thinking on the Spirit is one of relationship. We do not have some unexplainable standing with the Spirit. We have fellowship with him. Yes, the often used koinonia of the NT cannot be underestimated. Think about it. As a follower of Jesus, I have been given sonship into a kingdom, and one of the most amazing truths to reflect on (and most importantly, to live out) is to have relationship with the Spirit. This, in my mind, is far more experiential than some want to admit. Sure, there are some who tend to elevate the experience in a way that actually minimizes the experience to a few specific ways, but the life of a Christian is the life of the Spirit!

Fourth, if we focus the gaze of our worship upon the Triune, as revealed by Scripture, I believe that we will certainly grow in the same characteristics that encompass God. We will become more gracious, more loving, and more apt to enjoy and experience true fellowship with others around us. We become like whom we worship. Since God is full of grace, love, and is relational, we shall become like him if we set our hearts upon him.

What a powerful text for Christians to consider.

I don’t want to be known for being mean spirited when having discussions about maters that are deeply important. I never want to argue about the Trinity in a way that does not come across as both gracious and loving. I want to have God’s qualities.

What do you think? Do you believe we become like who (or what) we worship?