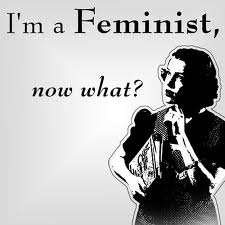 I’ve been slowly reworking through William J. Webb’s Slaves, Women, & Homosexuals: Exploring the Hermeneutics of Cultural Analysis. Those who are aware of the issues related to gender, women in ministry, and hermeneutics will recognize Webb’s name. In fact, his work is probably one of the most widely respected books advocating for some significant changes in our hermeneutical method. So much so that folks like Wayne Grudem have written some pretty exhaustive responses to his book (cf. this review here). I think it’s safe to say that “hard” Complementarians find Webb’s work significantly problematic (cf. the responses to Webb’s essay in Four Views on Moving beyond the Bible to Theology).

But I’m afraid that many of the Complementarians that I’ve heard talk about Webb have failed to really represent him well. On more than one occasion, I’ve had opponents of Webb’s position represent him as a “liberal” with a disdain for biblical authority. He’s painted as a scholar who wants to erode biblical authority in the life of the church and allow culture to shape our praxis.

Would you please, kindly, stop the bus. I’m not drinking that water.

While I can’t say that I’ve come to fully embrace Webb’s proposal regarding the redemptive movement model, I find it fascinating and requiring further study. But let’s be clear: Webb’s analysis and reflection can and should be applied by Complementarians. How so? I’ll let him speak for himself:

“Given the ambiguity of material in terms of its ongoing applicability, we would do well to exercise charity toward those who read that data differently (i.e., toward both those who wish to retain some modified application of patriarchy in an ultra-soft form and those who wish to embrace an egalitarian framework). Similar to eschatological issues where the biblical issues where the biblical evidence is not entirely clear, the Christian community needs to maintain a healthy respect for divergence of perspective. To do otherwise embraces a kind of interpretive arrogance not becoming of Christ’s kingdom. Nonetheless, what should be clear is that a redemptive-movement hermeneutical beckons for change. Those Christians who wish to retain some form of patriarchy should strive to make the patriarchy of tomorrow more just and equitable than the patriarchy of today and certainly much improved from the patriarchy of the biblical text. In this respect I encourage my reader toward either a “complementary egalitarian” approach of an “ultra-soft patriarchy” approach… While my own preference is be the former, I recognize that the latter as a significant possibility (sic). Both positions embrace a redemptive-movement hermeneutic while living with interpretive humility between now and eschaton.” (Slaves, Women, & Homosexuals, 250, emphasis his)

Webb’s hermeneutic allows for what he calls a “complementary egalitarian” or “ultra-soft patriarchy” view. You’ll have to consult his work to determine what those terms mean, but I’m still trying to determine the difference between my “soft-Complementarianism” and the “ultra-soft patriarchy.” I’m sure there are some, but I’m not entirely sure what they are… yet (which is why I’m rereading).

I’m curious whether Webb sees the exercise of charity given to those who differ between “complementary egalitarianism” or “ultra-soft patriarchy” would also be shown to those who are “ultra-hard patriarchists.” I don’t mean that in a sarcastic way, because I’m venturing to guess that the answer is “Yes… but.” And that’s understandable. He has often been on the receiving end of some silly statements by Complementarians (e.g., preaching a false gospel because he is an Egalitarian).

What do you think about Webb’s statement here?