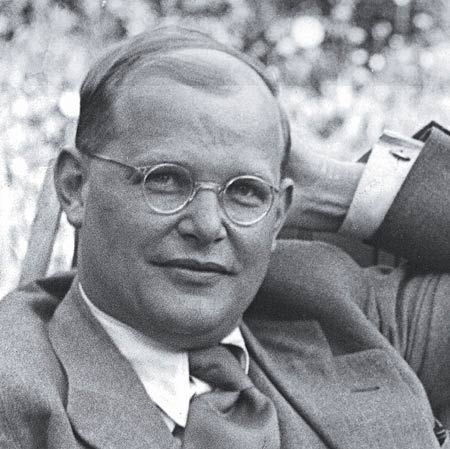 I’m reading Eric Metaxas’ Bonhoeffer: Pastor, Prophet, Martyr, Spy and absolutely loving it. This is one of the best biographies that I have read in a long time. I can’t stop reading it, except for right now so I can blog about it (ha ha!). Go out and get this immediately. It’s that good and that entertaining to read and that soul-satisfying. I love it  and I’m only @ chapter five.

“Harnack’s theology was something like Archilochus’s proverbial fox, knowing many little things, while Barth’s theology was like a hedgehog, knowing one big thing. Bonhoeffer would side with the hedgehog, but he was in the fox’s seminar, and through his family and the Grunewald community, he had many ties with the fox. As a result of his intellectual openness, Bonhoeffer learned how to think like a fox and respect the way foxes thought, even though he was in the camp of the hedgehogs. He could appreciate the value in something, even if he ultimately rejected that something – and could see the errors and flaws in something, even if he ultimately accepted that something. This attitude figured into his creation of the illegal seminaries of Zingst and Finkenwalde, which incorporated the best of both Protestant and Catholic traditions. Because of this self-critical intellectual integrity, Bonhoeffer sometimes had such confidence in his conclusions that he could seem arrogant.” (p. 61).

I thought this was an interesting way of summarizing Barth’s ability to understand and yet oppose certain view points. Fascinating…