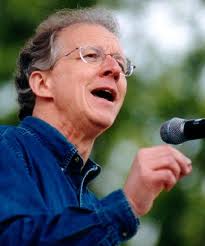 About eight years ago I had the privilege of visiting and attending Bethlehem Baptist Church for a short time. BBC is where John Piper serves as Pastor of Preaching & Vision. I was an undergrad student at a university that had a significantly different theological position than that of Bethlehem. In fact, I was instructed by several to keep my distance! What can I say, I was a rebel with a cause 🙂 While some may not agree with Piper on everything, one can’t overlook Piper’s influence in today’s evangelicalism. Anyway, fast forward three years and I was more or less on my way into Reformed Theology, so my appreciation for Piper continued to grow.

I realize that it has become extremely fashionable to like Piper. Heck, Mark Driscoll even wrote why he loved John Piper, and I’m told that Mark Driscoll is cool (is being cool still important?). But there is something about Piper that is to be commended that goes beyond the scope of what’s currently “hip.” He is so overwhelmingly consumed with the glory of God that it is intoxicating! Listening to Piper talk about God’s glory and how much God’s purpose to be glorified permeates the Scriptures makes me want to glory if God more and to seek out His glory in every sphere of my life! Quite frankly, Desiring God was instrumental in causing me to better understand the radical call to glorify God by enjoying Him forever. I’m certain this is true for the lives of many, many other people (cf. the majority of the 111 reviews on Amazon!). So, while I know it’s the “in” thing to like Piper, I liked him before I even agreed with him and now that I agree with him I like him even more! On a theological and exegetical level, once I read The Justification of God, I was an official “fan” of Piper (I really dislike the way that sounds, but you get the point).

Anyway, recently the annual Evangelical Theological Society (ETS) meeting was in Rhode Island. Piper made a trip to the conference and even presented a paper. So why is John Piper on the planet? He offered seven theses in his paper:

Thesis 1: My all-shaping conviction is that God created the universe in order that he might be worshipped with white-hot intensity by created beings who see his glory manifested in creation and history and supremely in the saving work of Christ.

Thesis 2: I am also persuaded that people need to be confronted with how self-exalting God is in this purpose.

Thesis 4: God’s eternal, radical, ultimate commitment to his own self-exaltation permeates Scripture. His aim to be exalted glorified, admired, magnified, praised, and reverenced is seen to be the ultimate goal of all creation, all providence, and all saving acts.

Thesis 5: This is not megalomania because, unlike our self-exaltation, God’s self-exaltation draws attention to what gives greatest and longest joy, namely, himself. When we exalt ourselves, we lure people away from the one thing that can satisfy their souls—the infinite beauty of God. When God exalts himself, he manifests the one thing that can satisfy our souls, namely, God.

Thesis 6: God’s pursuit of his glory and our pursuit of our joy turn out to be the same pursuit. This is what Christ died to achieve. “Christ also suffered once for sins, the righteous for the unrighteous, that he might bring us to God” (1 Peter 3:18). When we are brought to God as our highest treasure, he gets the glory and we get the pleasure.

Thesis 7: To see this and believe this and experience this is radically transforming to worship—whether personal or corporate, marketplace or liturgical.

Be sure to read the entire paper. It’s very fascinating.

If any of you should ask me for an epitome of the Christian religion, I should say that it is in one word – prayer. Live and die without prayer, and you will pray long enough when you get to hell.